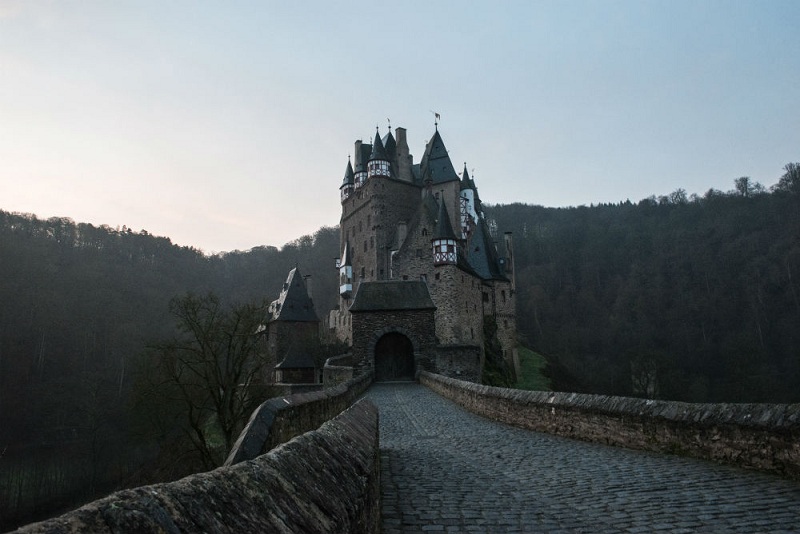 Almost everyone who was sawing fascinating places in Germany like the Brandenburg Gate, the Cologne Cathedral, the Berlin Wall and other famous sights. But besides them in the country, there is something to see. We tell where to go to Germany if it seems that you have already seen everything. 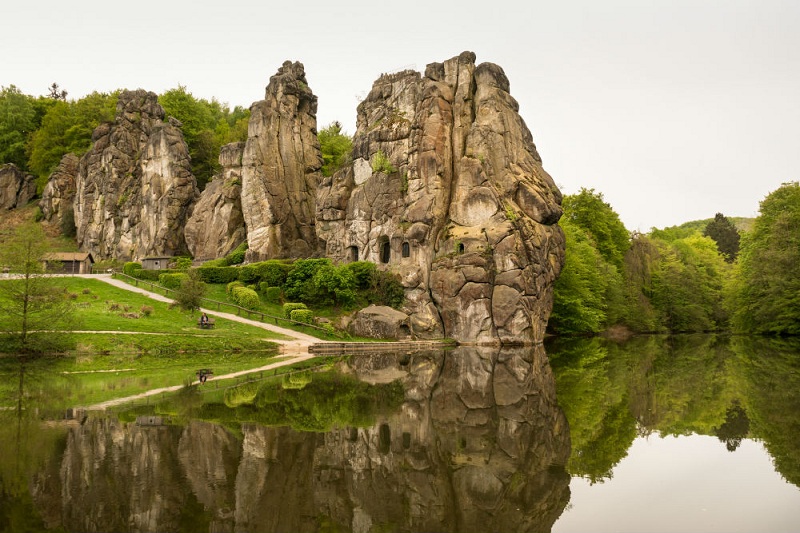 The Exer stones (or Exernstein) are a group of rocks in the Teutoburg Forest in northwestern Germany, shaped like columns and towering 30 meters above the ground. According to legend, many centuries ago a tribe of sun-worshipers lived here. Inside the cliffs, many passages, stairs, and holes are hollowed out, some of them leading to chapels or rooms, others to nowhere. On one of the five rock-columns, a niche was cut out, which is an altar, where a ray of sunshine falls through a round hole in the rock during the annual summer solstice. At present, this place is considered sacred by neo-pagans, where fans of this religious movement often make pilgrimages. 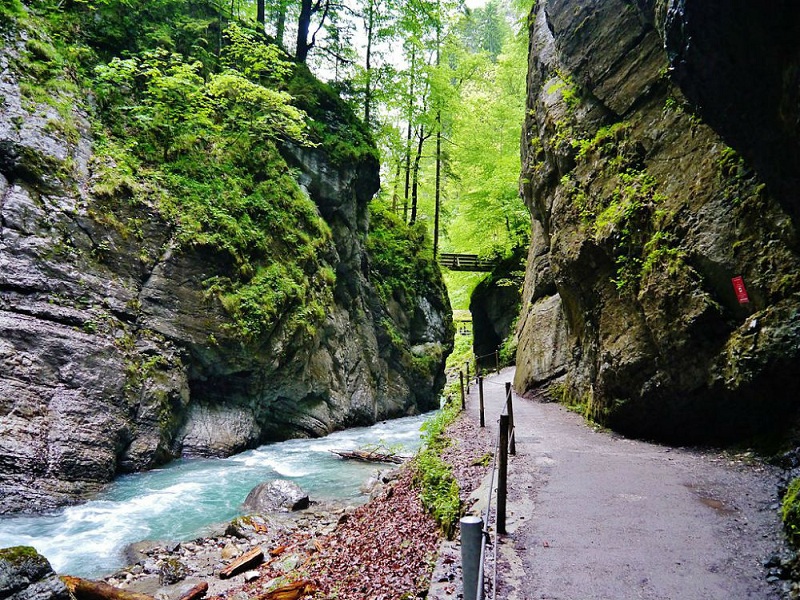 One of the most unusual natural places in Germany, the Partnachklamm gorge, is located in the vicinity of Garmisch-Partenkirchen, a ski resort in Bavaria. On both sides of the winding river, there are steep precipices that look like something like the “walls” of a corridor. The length of the gorge is about a kilometer, so you can pass it quickly, though, if you don’t take a stop to look around and take photos. Leaving the gorge, you will find yourself in an open area with beautiful mountain landscapes. From here you can climb the mountains on one of the hiking routes or go down the cable car. 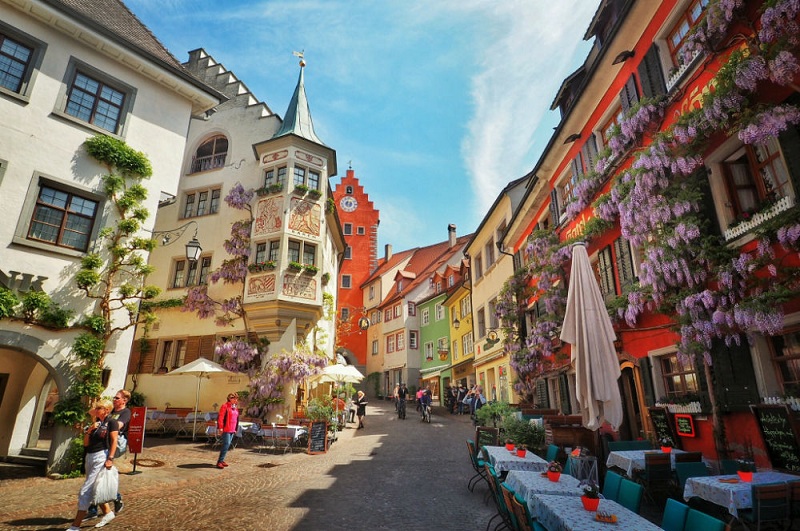 Meersburg is a small town on the shores of Lake Baden in southern Germany. It is known for fully preserved medieval buildings and the surrounding vineyards and orchards. Here you can walk along the narrow streets decorated with flowers and look at the azure lake. But the main attraction of Meersburg is an ancient castle, inside of which there are 30 rooms with medieval furniture, clothes, and dishes. From the tower of the castle, you can see not only Meersburg itself but also the city of Konstanz, which is located on the opposite bank. 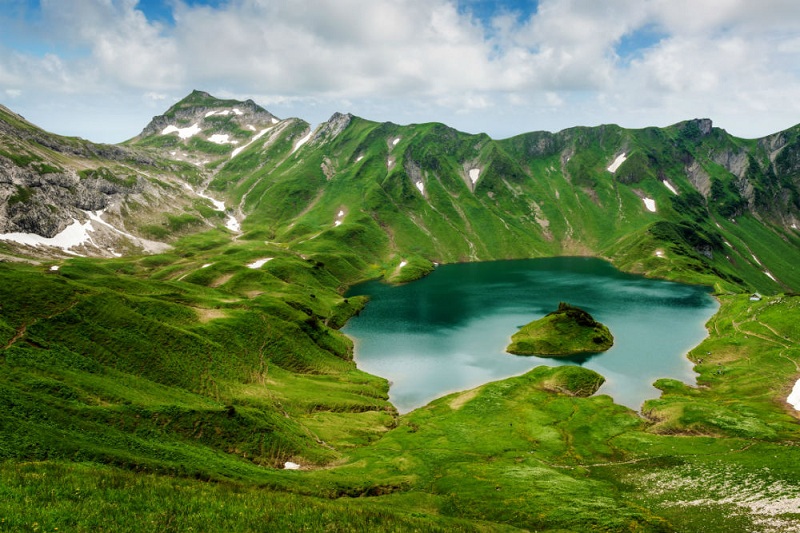 Despite its name, Lake Shrek has nothing to do with the character of the famous cartoon – except the color of the surrounding mountain peaks. It is located in the Bavarian Alps and is completely untouched by civilization. Around the lake, even camping is prohibited. True, this does not stop some tourists, despite the fact that the lake can only be reached on foot – there is no cable car or roadway. 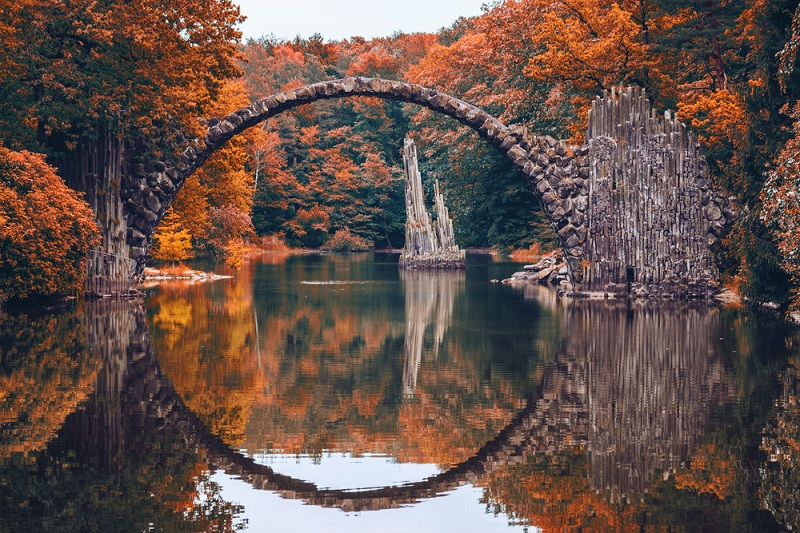 Another picturesque place is located in the east of Germany near the Polish border. It is better to come here in late May or early June when rhododendrons and azaleas bloom in the park. In addition, here is one of the most photogenic bridges in the world – Rakottsbrück (or Devil’s Bridge), built in 1860. It is remarkable because with its reflection in the river it forms an ideal circle. According to one of the legends, if you swim in a full moon under a bridge on a boat, in spite of your reflection and without touching the water, you can get a fulfillment of your cherished desire. 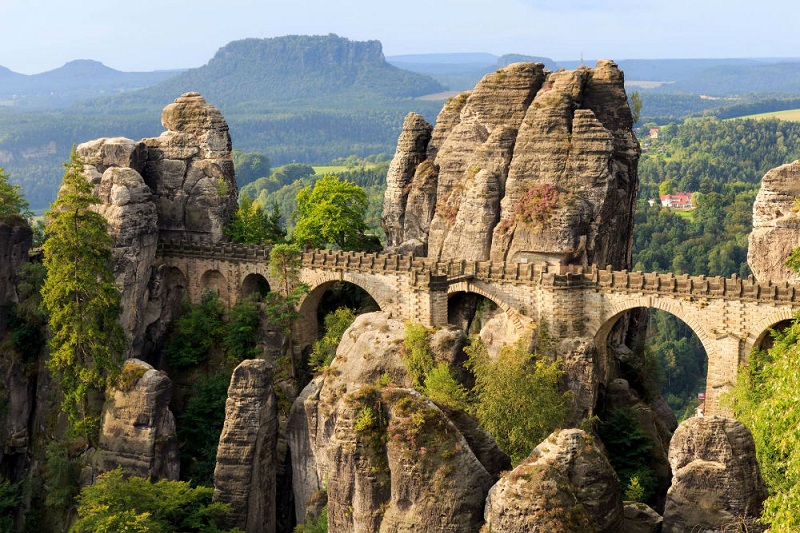 Bastei is a stone bridge in the Saxon Switzerland National Park, located near the German-Czech border. It was originally built of wood in 1824, and in 1851 it was replaced with sandstone. The cliffs surrounding the bridge rise 194 meters above the Elbe River. Also nearby you can visit the medieval fortress Königstein, which is located on the eponymous mountain. 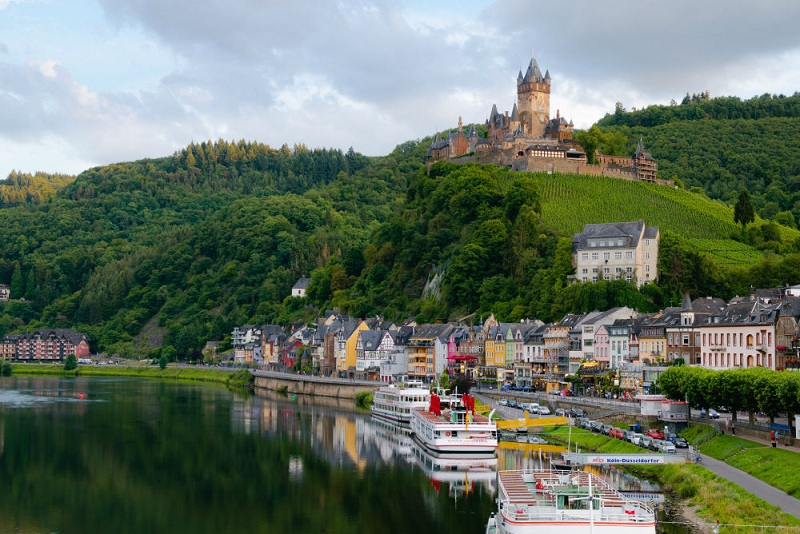 The history of the tiny town of Cochem, located on the Moselle River, dates back to the times of the Romans and the Celts. The first mention of it appeared in the IX century. The historic center of the city has preserved the look of the Middle Ages with neat half-timbered houses, a town hall, a fountain, a church, and the imperial castle Reichsburg, built around 1020 at an altitude of 100 meters above the city. The city is surrounded by vineyards, the fruits of which are used to produce the famous Moselle wines. 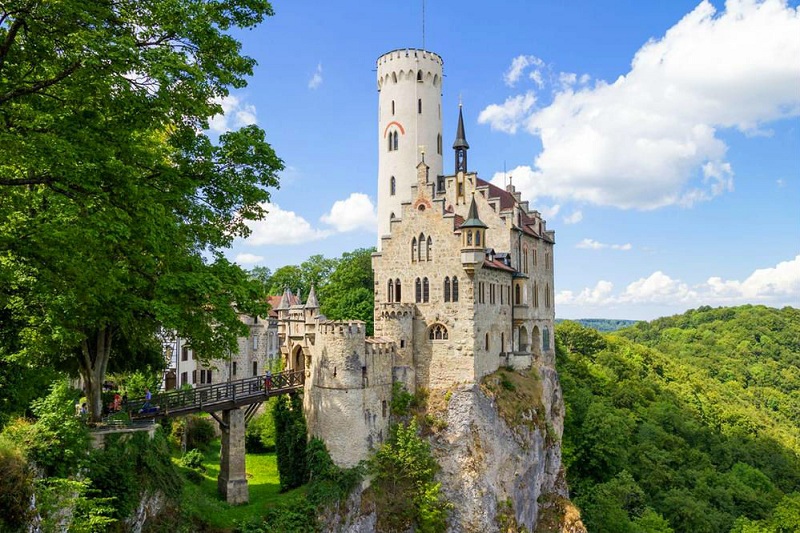 The neo-gothic Lichtenstein castle was built in the XIX century in the town of Honau. It is located at an altitude of 817 meters. Inside the castle is an impressive collection of historical weapons and knight armor, and not far from it are the ruins of the “Old Lichtenstein” – the castle built in 1150-1200. From the windows of Lichtenstein, there is a picturesque view of the cliffs and the village below. 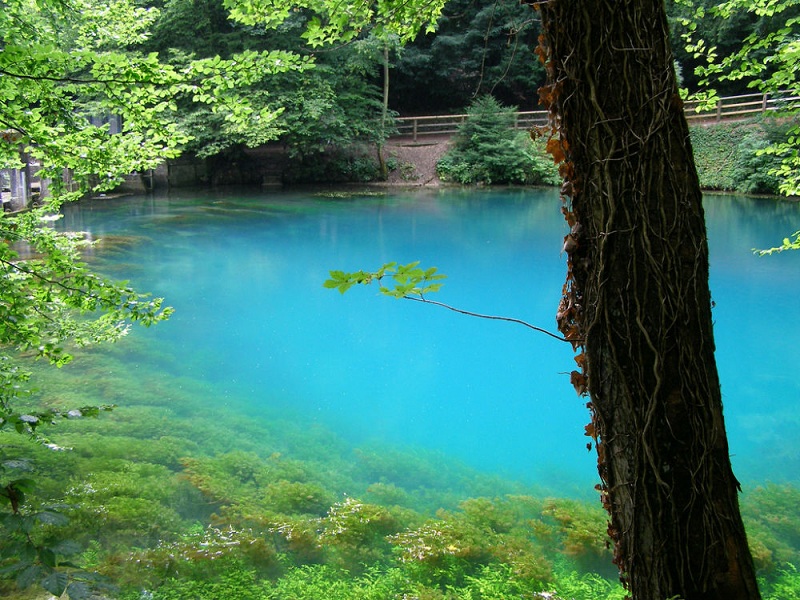 Lake Blautopf is located in the south of the country in the city of Blaubeuren and is famous for its water of incredibly blue color. Once there was a belief that the lake turned blue because a barrel of ink was poured into it every day. In fact, this color is due to the scattering of light on tiny particles of limestone that cannot be seen with the naked eye. The lake has a funnel shape with a depth of about 20 meters. And still, the blue water contrasts beautifully with the lush trees growing around it – this is especially spectacular in the autumn when the leaves on them turn yellow.

Most tourists who have visited Germany have seen Neuschwanstein Castle, but this is not the only palace worth paying attention to. Linderhof – the summer home of the same King Ludwig II. This is the only one of the three castles of Ludwig II, which was completed during his lifetime, although it took 17 years to build. Linderhof is made in the style of French Baroque: to make the building as authentic as possible, builders and sculptors were sent to France several times. Inside there are 10 rooms that are painted by the best European artists. When the castle has a garden with curly beds and a variety of flowers, as well as an artificial lake.