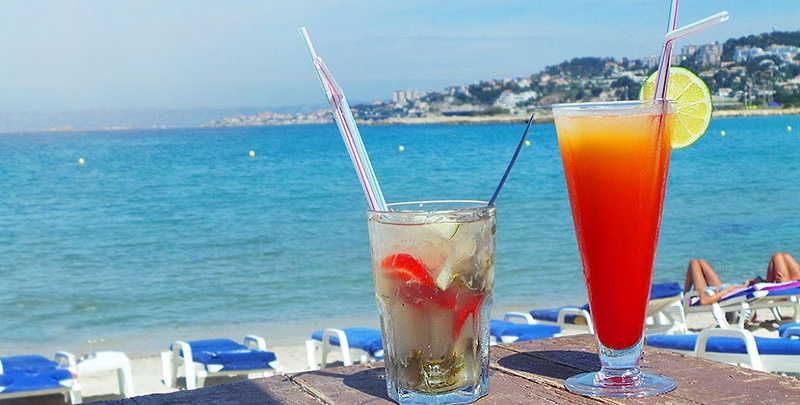 The best beaches of Marseille

Beaches of Marseille– One of the most famous cities in France is Marseille. It is the second largest city in the country and is located on the beautiful south coast. At the gates of the Mediterranean.

Marseille has been an important city for a long time since it was a valuable commercial port since Roman times. But today we are interested in its beaches. Maybe the city itself is not a Mecca of beach tourism but offers on its coastline varied beaches, so let’s see what are the best beaches in Marseille. 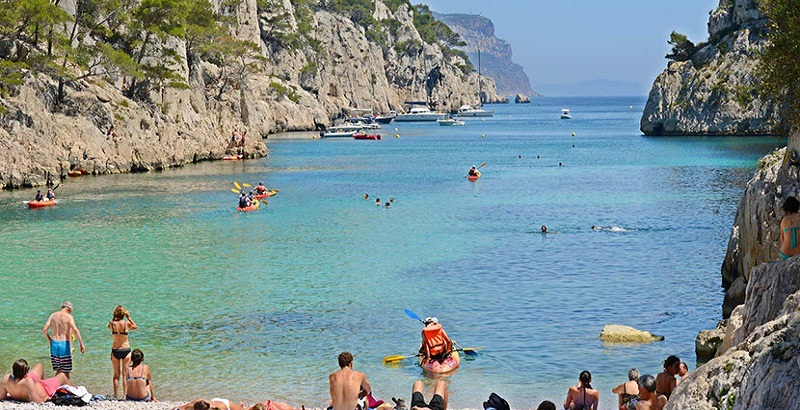 Maybe we do not immediately think of Marseilles when it comes to talking about beaches or summer in the sun and by the sea. The truth is that it is a huge coastal city with many inhabitants and urban life. So it is far from the tranquility or relaxed life of a spa.

But Marseille has many beaches of various styles so there is one for each type of tourist. Many of these beaches are great to go with family with children. Others to have fun in bars and restaurants, others are more remote and rocky and others are great for sports such as skateboarding or surfing.

In addition, as there are natural beaches there are also artificial beaches although the latter are located more towards the north coast in the district of L’Estaque. Of course, forget about the white sands of the French Riviera.

The official season for bathing in the sea officially opens at the beginning of June and continues until the end of August, beginning of September. From June onwards there are lifeguards on the most tourist beaches but not in most of the Calanques. 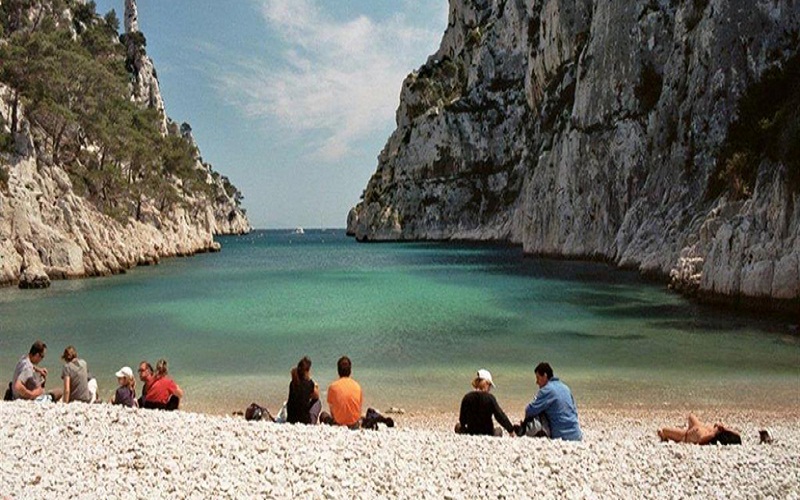 Undoubtedly, this is the most popular beach in Marseille and the easiest access is because you arrive by bus. Or taxi from anywhere in the city. It has bars and restaurants as soon as you stop stepping on the sand and a wide area to practice sports left in 2008 by the organizers of the FIFA Beach Soccer Cup.

Having these characteristics there are always people and being alone is very difficult. Even so, even in summer. It has fewer tourists than other French beaches. The waters are clear, you can swim and also surf if there are not too many people in the sea.

Basically Prado is divided into North and South and the group also includes the beaches of l’Huveaune and Escale Borély and Bonneveine .

The north meadow is a beach in the south bay, with pebbles. And great for swimming and hiking. The beach of l’Huveaune is sandy and is half an hour from Le David and the last two are beaches close to l’Hubeaune and contain many private beaches.

In 1975 Marseille created the Prado Coastal Park, 26 hectares of forests with 10 hectares of beaches along two kilometers long. 40 hectares were claimed to the sea but it was worth it because a new space dedicated to summer tourism was created. It is here where the last beaches that we mention are located. 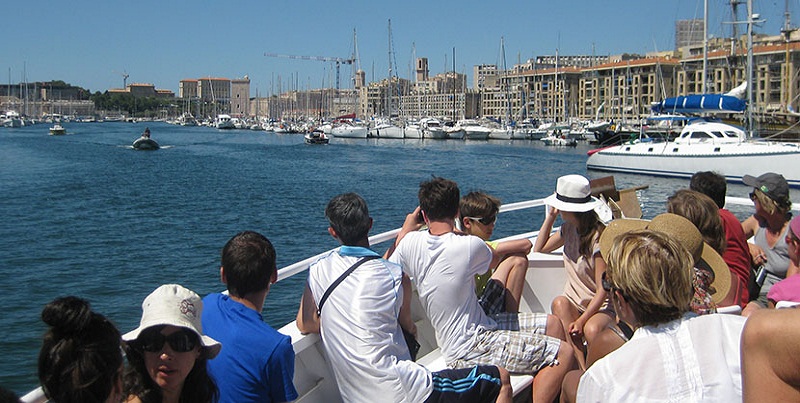 This is also a very popular beach because it is close to the Old Port of Marseille. But it is not the best for sunbathing or resting. It is located between the Prado and the port, heading north, and has good views across the bay of the Castle dIf. 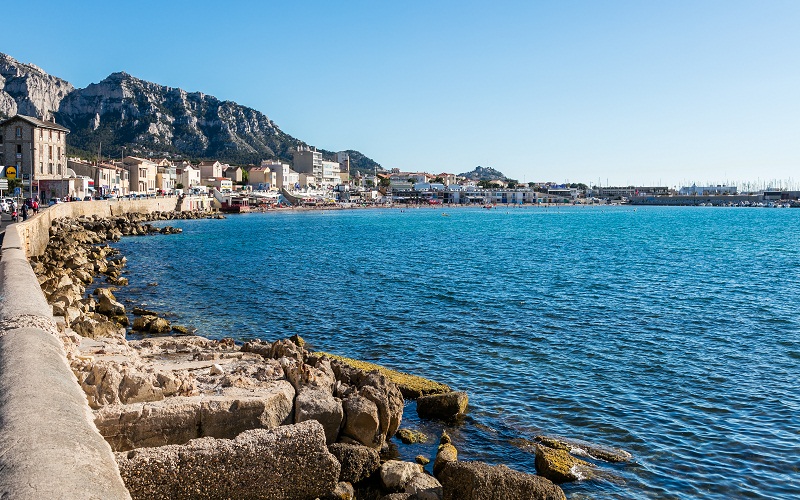 It is the beach chosen by those who practice windsurfing since there are good waves, in winter there are better. And it has restaurants, public showers and other amenities. Next to it is Prophete Beach, with similar characteristics. And before arriving here is Des Vallons, a long strip of sand accessed from the road, the JF Kennedy Malecon. Both are reached by bus 83. 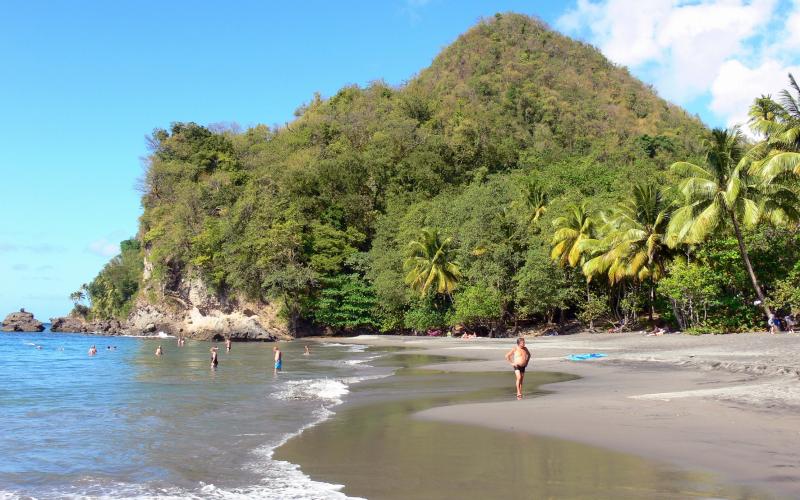 Marseille has many pebble beaches but this is a sandy beach. It’s south of the city and it’s perfect if you have kids. It is a very comfortable family beach, with calm waves. And a sea floor that goes down smoothly so the water is usually warm .

In the summer, food stalls and simple restaurants are set up all over the beach. So if you arrive by car it will be difficult for you to park. It is a good beach to rent a pedal boat or try kitesurfing.

There are also lifeguards and showers. But only in the high season. In the vicinity there are a handful of interesting little beaches among which I would like to highlight the Abri Côtier , a small and quiet beach accessed by a staircase.

It is narrow but beautiful and is located just after La Pointe Rouge and a little beach called Bain des Dames.

Cassis is a small city that is close to Marseille, a place that people choose when they want to get away from noise and crowds. There are many calanques and Cassis is the most famous.

The calanques are like fjords in miniature, impressive cliffs of limestone that plunge into the blue sea with fierceness and create spectacular landscapes and small and flirty beaches.

The beaches of Cassis are popular and there are two in particular that attract people: the d’En-Vau and the Port Pin, both enclosed by cliffs. So if you arrive early you will not have many people because there is simply no room for more.

In Cassis another beautiful beach is that of the Grande Mer. It is the main beach near the city and has soft sands and a beautiful architecture of pastel houses located on the coast. It is not as touristy as Marseille but still in summer there are people.

These are some of the most recommended beaches in Marseille. But beyond the most important names there are many lesser-known beaches to visit along the extensive Marseille coast that goes from north to south. And alternates between rocky, sandy or with pebbles.

Always remember that to the south is the Calanques massif with its small islands and coves, beautiful destinations. So to move around the beaches is the bus.

In fact, each of the beaches of Marseille is reached by bus. And there are more services in summer than at other times of the year. The boats or batobus that are great to reach more remote beaches. They go between the Old Port and Pointe Rouge.

Between the end of June and the end of September. There is also an extended service that goes from Pointe Ruge to Les Goudes. This is just a glimpse of the beaches of Marseille, your destination will be the one that best suits. What you want to do so my advice is to research, select different beaches, build a comfortable backpack. And arrange to travel by bus on the beaches of Marseilles.