Honeymoon in the Azores: the best of the 7 Portuguese islands

You are well advanced with the preparations for the wedding and your wedding announcements came successfully to the recipients. But do you already have some ideas on what will be the destination for the honeymoon that awaits you after the launch of the bridal bouquet? For all the undecided, we have in store a fantastic idea … indeed 9! Whale watching, thermal baths, excursions to volcanoes. And hidden lakes in their craters: all this (and much more) awaits you in the Azores Archipelago! Here are some best destination for honeymoon in the Island

It is the southernmost of the Azores Islands and is also ideal for those who do not like places that are too touristy or busy. Here, in fact, the main activity consists of trekking: the marvelous paths immersed in nature will lead you to reach dream beaches, such as Praia Formosa. Good to know, on this island in August there is one of the most popular festivals in Portugal: Mare de Agosto. It is one of the best place Honeymoon in the Azores. 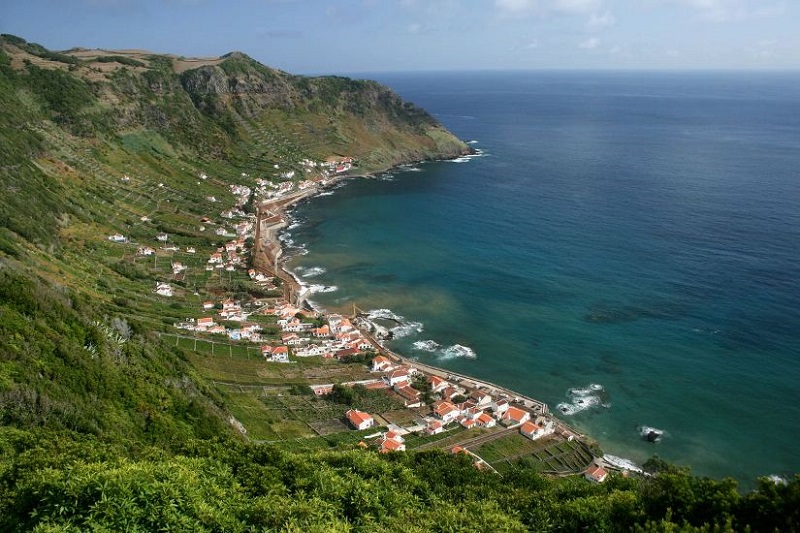 This is the largest of the islands that make up the archipelago: here you cannot miss its sulfurous thermal waters, where you can relax by exchanging sweet phrases of love after an intense day spent trekking around Lake Furnas. In this place, you will also be able to watch the Logairas. Large holes in which the locals bury the cazeido, stewed meat naturally steamed for many hours. Along the road from Furnas to the small village of Nordeste. You will come across several vantage points where it will be extraordinarily easy to lose track of time. It is one of the best place Honeymoon in the Azores.

The Island of São Miguel is also famous for the airport dedicated to John Paul II. Who made Ponta Delgada the main urban center of the Azores: flying here from Lisbon will steal only two hours! In addition to the port and the waterfront, in this city, you will be able to see the famous statue of Christ, kept inside the church of the convent of the women of Esperanca. This is the archipelago’s most revered sculpture. And is carried in procession on the occasion of the Festa do Senhor Santo, from 4 to 10 May … would you not like to attend?

It is not yet time to stop your stay on this island, at least not before visiting the fascinating crater of Sete Ciudades . Inside this immense furrow. There is a volcanic lake of green and blue color, wrapped in a romantic legend. If you can’t get enough of spas and romantic phrases. Then don’t miss a stop at the town of Caldeira Velha: a natural thermal park where you can bathe wrapped in a pleasant temperature of about 37 ° C.

It is the most flat island of the archipelago, where you can have the incredible experience of going down a spiral staircase in the meanders of the Furna do Enxofre cave. To discover the small volcanic lake Lagoa do Styx. Even if sulfur fumes. And other toxic gases prevent you from reaching the bottom. You will soon discover why this site played an important role in the recognition of the island as a Biosphere Reserve by UNESCO .

And if you prefer carnival costumes to elegant ceremonial dresses. You can’t miss the one in Santa Cruz, a village with a historic center full of paved alleys and noble palaces. It is one of the best place Honeymoon in the Azores.

The Island of Terceira also boasts a UNESCO site: it is the historic center of “Angra do Heroismo”. A magnificent example of Renaissance architecture. Crossroads of ships engaged on the Atlantic trade routes, Angra preserves precious historical monuments, a legacy of the rich merchants and captains who lived it. Do you prefer a top view? Don’t miss Alto da Memoria. The most beautiful vantage point of Angra island of São Jorge. It is one of the best place Honeymoon in the Azores.

Together with Pico and Faial, it is part of the so-called “Triangulo” of the Azores, or the central part of the archipelago. In particular, the island of São Jorge is the longest and narrowest of all: its territory is sinuous and someone even reads the image of a lying dragon. It is the ideal place to fully savor the pure daily life of those who live on the farm : think that the number of grazing cows here is higher than that of the inhabitants, who also produce an excellent Queijo cheese … go and taste it!

Pico is nicknamed “Mountain Island” because of the volcano that draws the profile of its horizon : it is 2351 meters high and it is numbered as the third largest of the whole Atlantic. On the island you will be able to go up its slopes, and immerse yourself in the depths of the waters that bathe its coasts, in the two important dive sites of the area: Ilhéu Seitado and Ilhéu em. But not only! If you prefer the tranquility of the museums and love to explore the history of the places you visit, you will find bread for your teeth in the Museu dos Baleiroos and in the Museu da Indústria Baleeira.th a wonderful view over the whole town.

Faial is the most western of the “Triangulo” and its small size will allow you to visit it in a single day. What to do in the hours you have available? For example, you could start the day with a good coffee at the Peter Cafè Sport, the most famous bar in the Atlantic to be a destination for sailors, diving enthusiasts and whale watching . Enter the adventurous spirit that smells of salt, taking part in the excursion that cuts the island lengthwise from east to west, starting from the village of Ribeirinha.

Certainly, not tourist like his other “sisters”, Corvo wins the title of “smallest island in the Azores”, with its just 17 square kilometers . Nevertheless, even this part of the archipelago has something incredible to offer you: in 2007 it was declared a UNESCO Biosphere Reserve , a further invitation to explore it through excursions in the midst of nature. Of course, also on this island, there is no lack of volcanoes and panoramic points: inside the Caldeirão crater, then, could not miss another fascinating volcanic lake .