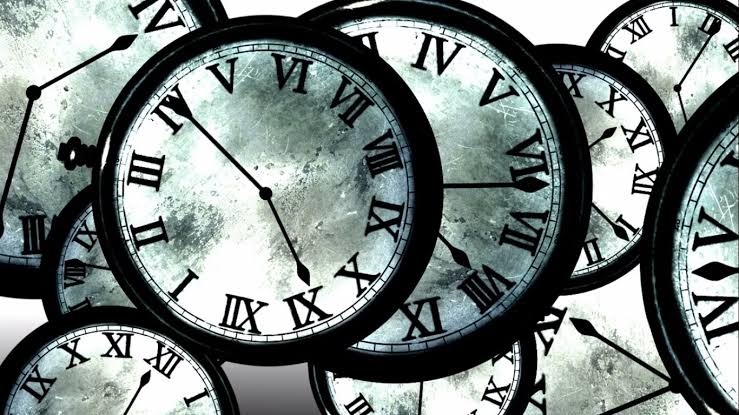 We all at some time have wished to travel in time; go to an important moment in our lives to relive it or to simply not happen. A time machine would be enough to accomplish the task, but that is the same as waiting for a miracle. For all those who cling to the dream of temporary leaps, we present the 10 best time travel journals; a selection that brings together the best anime series and movies that have emerged on this theme in recent years. Animes that, no doubt, will not want to get lost. Today we share about the best time travel anime you can watch.

Drama, Romance, Comedy, Thriller, Fantasy, and Adventure are part of this top that will not waste your time. 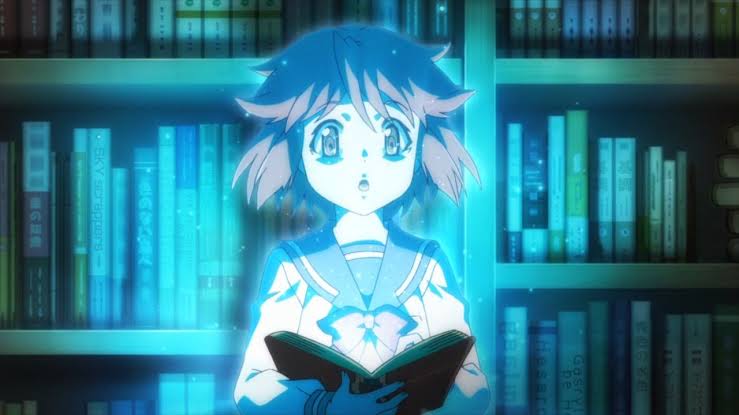 Mari Hayase is the daughter of an important scientist who has disappeared. One day, while trying to find some information that reveals his father’s whereabouts, he runs into one of his inventions, the time machine. Surely she has just found the track she was looking for, she embarks on an adventure that will take her to meet important scientific figures in history. Benjamin Franklin, Thomas Edison, William Gilbert, and Samuel Morse, are some of the important scientists that Mari will know thanks to his search through time. They were all idols of her missing father, so she thinks they can help her find him.

Time Travel Shoujo is a science fiction adventure aimed at children, for educational purposes. Therefore, it does not present an elaborate argument like the other anime of this top, but it is entertaining. 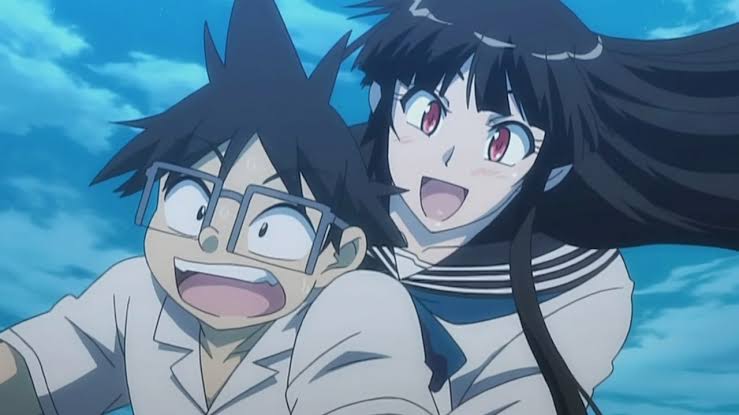 Natsu no Arashi! It brings us a story about time travel that differs from other stories due to the fact that its protagonists have died a long time ago. Yes, they are ghosts that travel to the past to reduce the number of lives the war took.

Sayoko Arashiyama is the protagonist of this peculiar time travel anime. She was a 17-year-old student who lost her life 60 years ago, during the war against which she continues to fight. Currently, this ghost works in a cafe with other girls of the same nature, with whom he usually jumps over time. Hajime Yasaka is the other protagonist; a 13-year-old boy who met Sayoko ended up falling in love. It won’t take long to discover that her summer love is not a common girl. 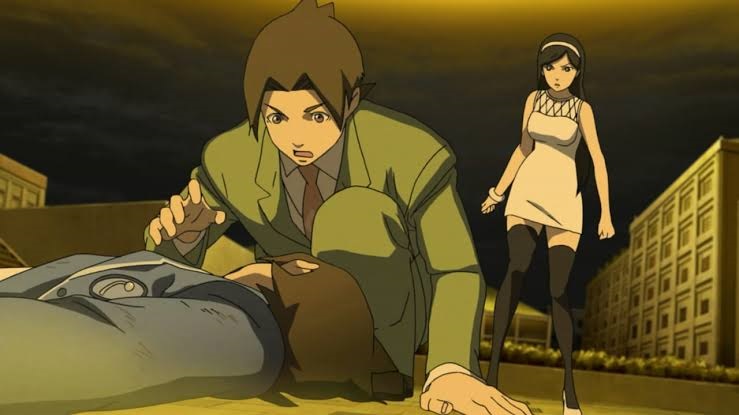 In 2012, humanity finds itself struggling to survive due to the invasion of beings from another dimension. The only hope is in the past, in an academy dedicated to the study of the occult. Fumiaki Uchida is sent three years ago in time to attend that institution and find the Nostradamus Key, the cause of the disastrous future.

Maya Kumashiro is the other protagonist; She is the young director of the Waldstein Academy. He assumed the position after the death of his father, who was the founder and director of the school. When he meets Uchida, he learns about the cruel future that lies ahead and decides to help him in his search for the key, although neither of them knows what they are looking for. Uchida and Maya must face hidden enemies, who will do whatever it takes to make the invasion happen. They have already killed other time travelers, more experienced agents, so it will not be easy. 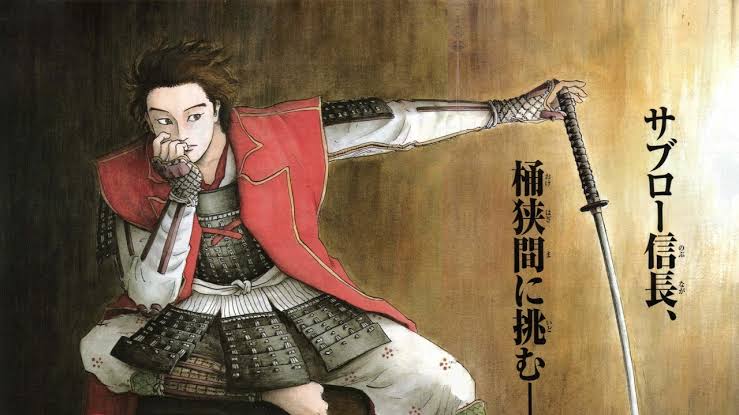 Saburo is a high school student who is not interested in learning anything about the past; He firmly believes that knowing about historical characters or events will be of no use in life, a thought that he will be forced to discard when he is mysteriously teleported to the year 1549, during the so-called Sengoku period.

But his surprise was greater when he came face to face with a person who was identical to him in everything, except in the way he dressed. It was Oda Nobunaga himself, an important figure in Japanese history. He was physically weak, so seeing Saburo did not hesitate to ask him to replace him in his tasks while recovering.

Unexpected as far as history is concerned, the young student agrees to help Nobunaga. His trump card will be his modern knowledge, which he will use to try to unite all of Japan.

Due to his art, Nobunaga Concerto was not a well-received series at first, but later became the favorite of summer 2014. It also has a drama and a real image film production. 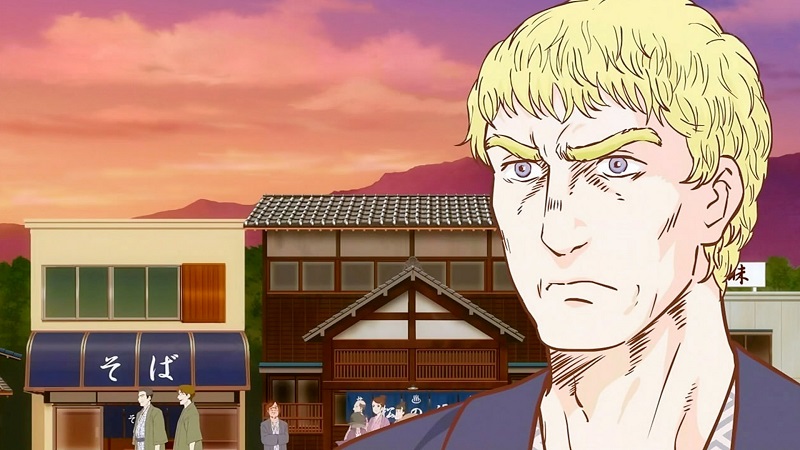 The history of Thermae Romae takes place in 128 BC The main protagonist is Lucius, a young Roman architect who fails to update himself to the architectural advances that the new emperor promotes; He loses his job for it and is overwhelmed by the lack of ideas. This is how the future comes to its rescue.

Invited by his friend Marcus Pietras, Lucius attends a public toilet. There it is absorbed by a mysterious hole that was at the bottom of the immense bathtub, appearing in a bathroom of today’s Japan. Confused, he thinks he appeared on a site for slaves. When he notices the innovations, he is surprised and ashamed for not having happened to him. Time travel lasted just a few minutes; He lost consciousness and reappeared in ancient Rome. Sometime later, thanks to the knowledge he acquired about Japanese baths, he becomes the most important architect of his time.

[English: Re: ZERO -Starting Life in Another World] 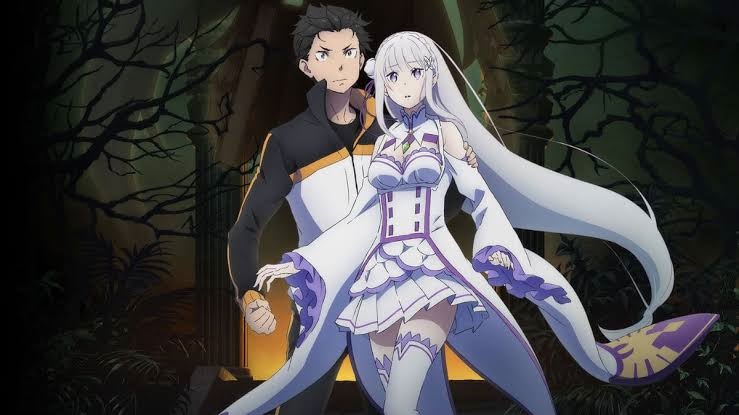 Re: Zero brings us an unconventional story about time travel, as it includes both a dimensional leap and a mystery behind these temporary escapes. The protagonist and traveler are Subaru Natsuki, a teenager who is transported from nowhere to a magical kingdom, in which he fails to complete a day alive. Subaru’s trips occur when he dies; Like a video game, always return to the starting point. Thus, the traveler must restart, meet his allies again and avoid major disasters. Every choice has consequences, always dire. But his will to save his new comrades is greater and drives him to find the right path.

No one knows the secret of Subaru. There is a kind of curse on him; If he reveals it to someone who can go back in time, that person dies instantly.

The traveler in Toki Wo Kakeru Shōjo is Makoto Konno, a high school student who accidentally acquires the ability to return to the past. A capacity that was granted just in time, since minutes later accidentally ends on the train tracks, about to be run over. Makoto’s mysterious ability is produced by a technology of the future that he ran into; a kind of nut that conferred a limited amount of temporary jumps. The student cannot go to the future, only to a fixed point of her past, which is before acquiring the ability to travel in time.

Toki Wo Kakeru Shōjo has won the Best Animated Film Award in 2006 at the Sitges Festival. 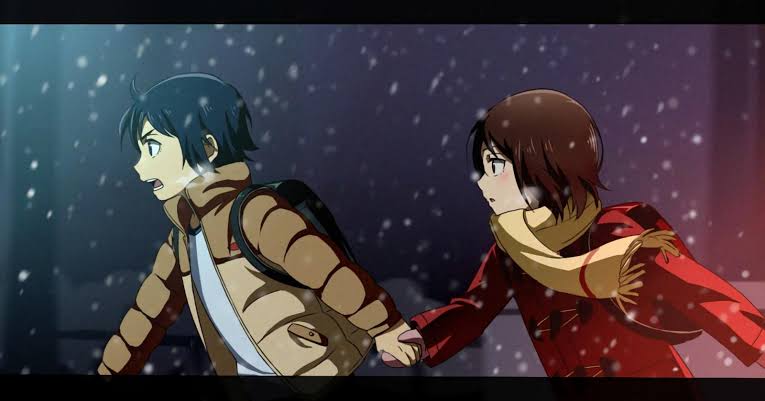 The mangaka Satoru Fujinuma has a special ability that allows you to go back five minutes in time to avoid misfortunes. He baptized his ” revival ” gift, and it has served him a lot during most of his life. He never imagined that one day he would need it to escape a serious accusation: the mysterious death of his mother.

Due to the shock generated by the situation, Satoru did not travel just a few minutes ago in the past, he went back 18 years. He has again been an 11-year-old boy who attends primary school, one where a series of kidnappings and murders had occurred. To prevent these from happening, you must first make friends with Kayo Hinazuki, the mysterious girl in your class, who knew how to be the first victim. In this way, seeking to find the killer’s identity, Satoru will discover the strange connection between the past and the present. 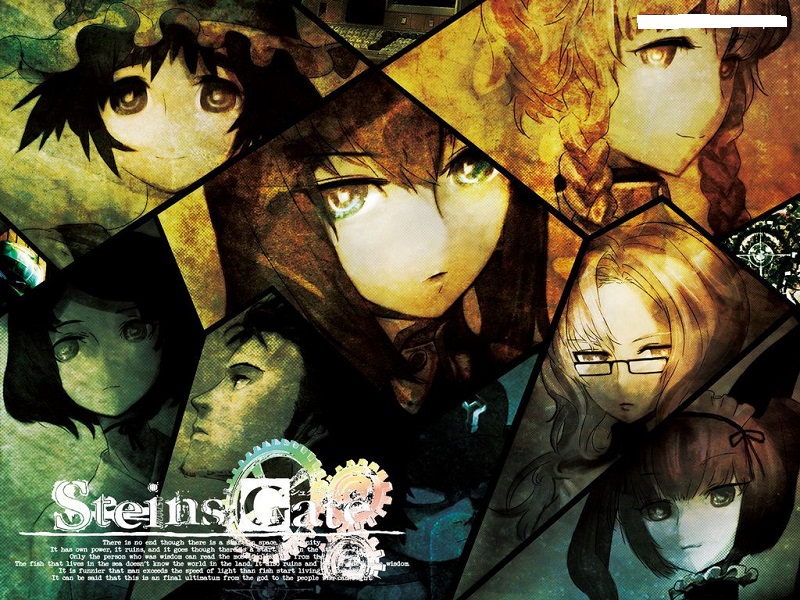 The Laboratory of futuristic inventions has made an accidental discovery: the machine that allows you to send messages to the past. The eccentric scientist Rintarou Okabe, a team leader, is the only one who seems to remember the changes that have produced the D-mails (messages that go back in time). He is also the only one aware of the problems that lie ahead.

Mayuri Shiina, Hashida Itaru and Makise, Kurisu are part of the Okabe team, which they call a mad scientist. Together they have discovered that the sayings of John Titor, a supposed time traveler, are true: the SERN is on its way to building a time machine that it will use to dominate the world. So the members of the modest laboratory will start a race against the SERN to see who first builds a machine that allows people to be transported to the past. It is a very dangerous race, as they are endangering their lives. 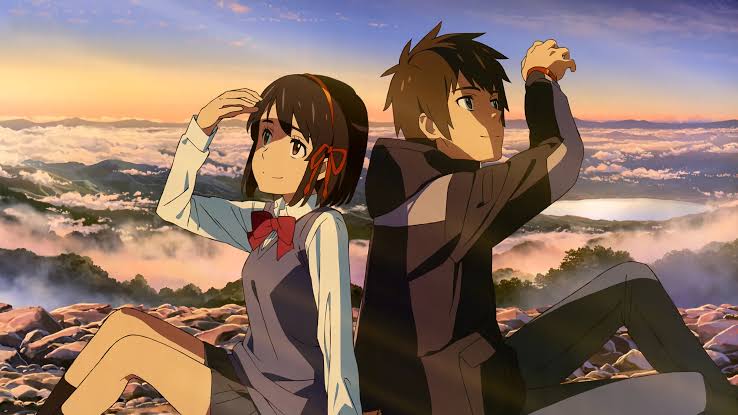 About Kimi, no Na Wa has been talking a lot lately. It is a story that mixes romance with a supernatural spin, which includes time travel. The protagonists are Mitsuha Miyamizu and Taki Tachibana, two students united by a special bond that transcends time and space.

One day Mitsuha wakes up and realizes she doesn’t remember anything from the previous day. His family and schoolmates tell him that she was strange, even manly. His confusion increases when, the next week, he wakes up in another room and with a boy’s body. He had woken up in Tokyo, inside Taki’s body. Through messages left on his mobile, Mitsuha enters into the knowledge of the particular exchange that was happening: while she entered Taki’s body, he did the same in his. Thus both shared their life, once a week. Over time, without realizing it, love was born between them.

Inexplicably, the phenomenon stops. After an investigation, Taki discovers that they did not share the same timeline; She was three years ago, at which point a strange astronomical event occurred.