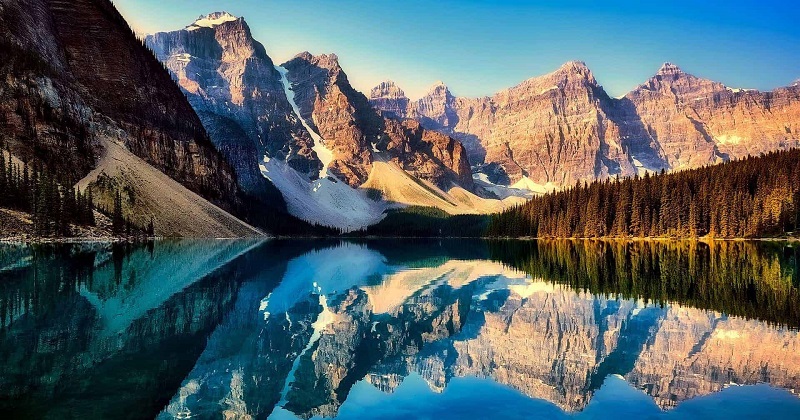 Canada is the second-largest country in the world, spanning wider than the United States from the Pacific to the Atlantic Ocean. In one simple statement: Canada is huge. Getting around the whole country can be daunting, knowing more about what the different regions have to offer can help you plan your trip based on what you like to see and do. Enjoy the history in eastern Canada with places like Quebec City and Ottawa. Enjoy the Rocky Mountains and “Texas of the North” in Alberta and the prairies. Or enjoy the endless scenery, outdoor recreation, and world-class living of the west coast with places like Calgary, Vancouver, and Victoria. 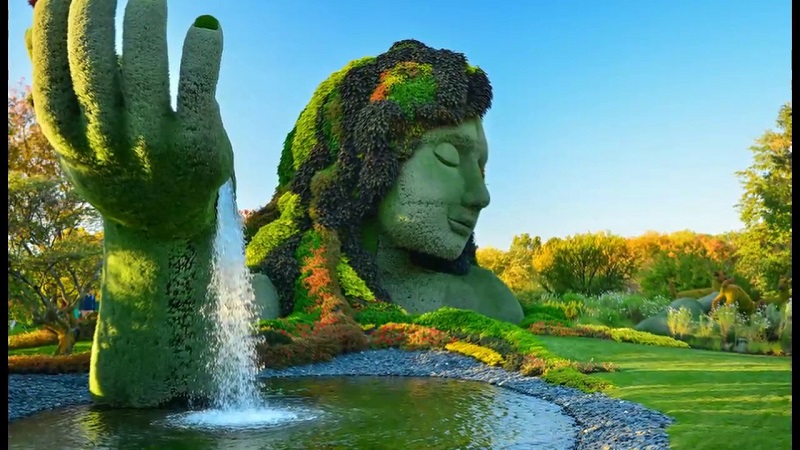 Montreal is the largest city in the province of Quebec, “the French-speaking part” of Canada, and possesses a fascinating history and buzzing culture all of its own. Staircases lead up to front doors of homes to prevent locals from getting snowed-in, delicious baguettes pay homage to the french settlers of the city, and the local hockey team – the Montreal Canadiens – is proudly honored throughout the city. Comedy, arts, and unforgettable food are staples in this open-minded metropolis.

Must See/Do in Montreal

Old Montreal: Wander the streets of Old Montreal, dating back to the 17th century, with its strong European influences across each of the structures and buildings, try the same route once by day and once by night, for a true local experience. 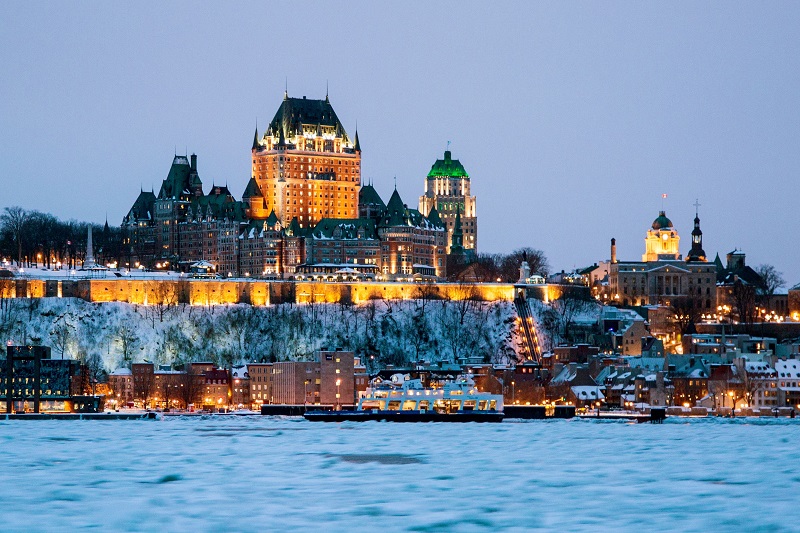 Quebec City is one of the oldest cities in North America. Founded in 1535, with its fortified walls still in place around the city, it is rich with over 400 years of Canadian and French Canadian history. Buildings in the old city will make you feel as though you are in a fairy tale, as history is around every corner. Enjoy fine food, shopping, and charming Canadian past-times with events and festivities all year long. Impress the locals by brushing up on your french before you arrive!

Must See/Do in Quebec City

Quebec City-Lévis Ferry: Take this 15-minute ferry ride across the St. Lawrence River to the city of Lévis for spectacular sights of the Chateau Frontenac and Old Quebec. Nearby in Lévis are cafes, restaurants, and terraces to take in the surroundings. 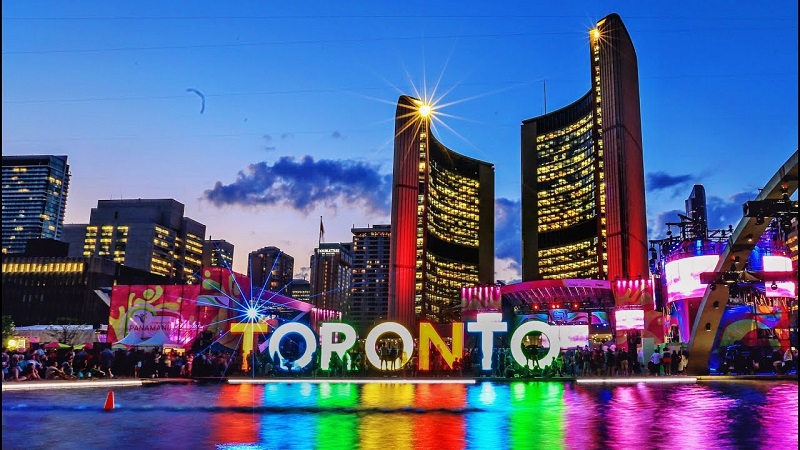 Toronto is Canada’s largest city and is as lively and culturally diverse as any major city on the planet. A massive metropolis with many different neighborhoods and experiences to be had. See the history mixed with the modern in “Canada’s Downtown” with amazing food from all over and unique events happening all year long. Toronto is the best starting point, if the world-famous Niagara Falls is on your bucket list, and there are other stunning lakes, rivers, and parks all nearby too.

Must See/Do in Toronto

CN Tower: The tallest free-standing structure in the Americas, the CN tower is Toronto’s most recognizable site and offers sweeping views over the city, the park system, and Lake Ontario. 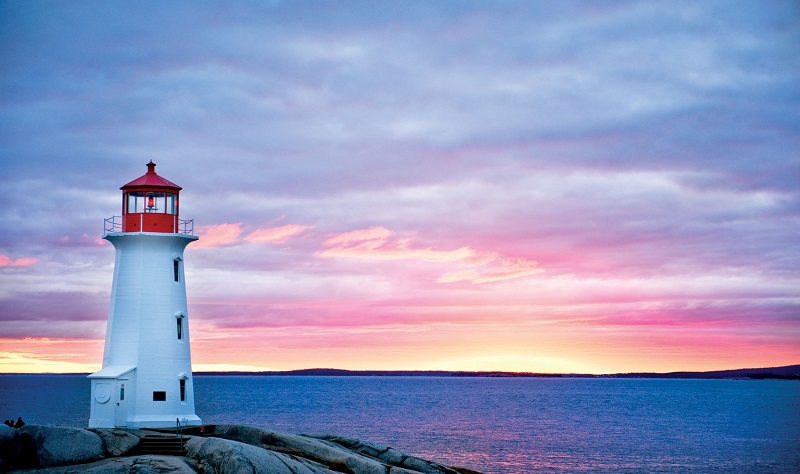 Halifax is a city on the eastern coast of Canada in the province of Nova Scotia. A truly historic city with architecture, traditions, and stories as old as the country itself. The city is based around its spectacular harbour, and offers a huge range of natural beauty, great seafood, and exciting outdoor and historical experiences. Halifax is proud of its history and stories and the locals will be happy to share them with you.

Must See/Do in Halifax

Alexander Keith’s Brewery Tour: This immersive tour of one of Canada’s all-time favorite beers takes you back to 1863 and what the brewery (and staff) would have looked like. 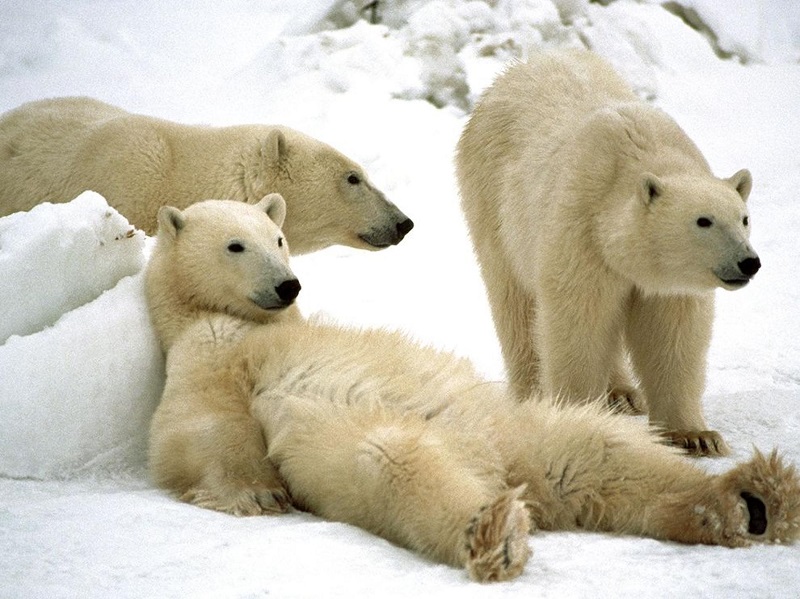 Six words: Polar Bear Capital of the World! This remote community is located on the western banks of the Hudson’s Bay in the province of Manitoba. Not only can you see polar bears, but it’s great for seeing beluga whales and one of the best places in Canada to see the Northern Lights too! With a history in fur trade and local aboriginal cultures and cuisine to experience, this outdoor adventure park is a stop you will never forget.

Must See/Do in Churchill

Itsanitaq Museum: With so much to see and experience outdoors in Churchill, the Itsanitaq Museum is a great reason to step indoors. Explore Canada’s oldest collection of Inuit artifacts — some carvings and artifacts date back to the 1700 B.C.

The heartland of the ‘Texas of the North’, Calgary is the larger of Alberta’s two major cities and is a must-see to experience the high-energy and true spirit of Albertans. Calgary is a growing city with beautiful landscapes surrounding the budding metropolis. With unique neighborhoods surrounding the downtown, shopping and great food can be found all over, as well as a fun nightlife. If you really want to see the city at its best, visit during the world-famous Calgary Stampede.

Must See/Do in Calgary

Heritage Park: Even if you make it to Calgary for the Stampede, make sure to take time to visit Heritage Park. The park takes you through time from Western Canada’s First Nation encampments to the bustling cities found today with events, performances, and actors.

Banff and the surrounding areas are what you likely envision when you think of Canada. Snowy peaks, crystal lakes, vast flowing rivers, and trees as far as the eye can see. Banff is situated in the Rocky Mountains along with its equally must-visit neighbors: Jasper, and Lake Louise. The region offers fascinating towns, ski hills, national parks, hot springs, canyons, and ice fields. Get your camera ready.

Must See/Do in Banff

Banff Gondola: Take in the surrounding views of the snowy peaks and crystal lakes mentioned above by a gondola ride up to local Sulphur Mountain. There are restaurants, unique photo opportunities, viewpoints, and a “multisensory cinematic experience.”

Described as the jewel of the West Coast and with unrivaled scenery of any major city, Vancouver constantly scores highly on lists of top places to live and with good reason. Food choices are diverse as people flock from all over the world to call Vancouver home and share their local dishes. The local lakes, mountains, and parks make Vancouver an outdoor lover’s paradise.

Must See/Do in Vancouver

Granville Island: What used to be an industrial park below one of the city’s main bridges, Granville Island is now a trendy, artsy, and artisan spot enjoyed by locals and visitors. There are theatres, restaurants, terraces, and a marketplace, but you won’t find any chain stores here.

Still, a relatively hidden gem on Canada’s west coast is the islands of Haida Gwaii – the traditional home of the Haida people. Challenging Vancouver for the title of “jewel of the West Coast” and likely the most picturesque, serene, and jaw-droppingly beautiful areas in all of Canada. The islands are located north of Vancouver and are accessible by flight, or car and ferry. The pace on the islands is slow and rich, with no chain stores or fast-food joints, you can go at your own pace and take in the endless beauty any way you want.

Must See/Do in Haida Gwaii

Home to Victoria, BC, the capital city of the province, Vancouver Island is the westernmost part of Canada, sitting off the coast of Metro Vancouver and just a short ferry ride from Vancouver to the island’s major terminals. With cities like Victoria and Nanaimo offering great shopping, eating, places to stay, and local cultures and many smaller, quaint, towns all over, Vancouver Island is a step away from the hustle and bustle, where time slows down. You can find goats (real ones!) on the roof at Coombs Old Country Market, surf in the Pacific Ocean in Tofino and Ucluelet, take whale-watching tours, and find some of the best fish and chips in all of Canada.

Must See/Do on Vancouver Island

Cathedral Grove: Mid-Island, about 1-hour from Nanaimo is Cathedral Grove, an old-growth forest where you can see ancient Douglas-fir trees, some over 800 years old, and not touched by modern industry. The shadow of these towering giants is a majestic place at the heart of Vancouver Island.

This is not an exhaustive list, with cities like Ottawa and St. Johns’ in eastern Canada delivering even more history, culture, and local experiences. And further north from Calgary you will find Edmonton, Alberta, the festival capital of Canada and possibly even rowdier than Calgary. And outdoor activity hot spots like Whistler and Rossland, BC, and the famous wine region of the Okanagan, offer even more outdoor excitement, beauty, and unforgettable experiences.

Canada is truly worth a place high on your bucket list. This massive country offers everything from the highest peaks of the Rocky Mountains to the bottom of the great Hudson Bay. Roaring cities, incredible food, rich and diverse histories, and cultures, welcoming people, and every outdoor activity you could ever dream of. All in one of the most serene settings on the planet. Not always a frozen tundra and not all locals wear ice skates to get to school or work, but winter can be a little chilly in some parts, so maybe bring a few extra layers with you.

With the majority of the population and city infrastructure close to the US border, it’s quick and easy to travel to and from northern US states. Add a few days in Toronto and Niagara Falls, or Montreal and Quebec City if you’re visiting New York, Michigan, Illinois, or New England in the US. Or do the same with Vancouver, Vancouver Island, Whistler, or even Banff from northwestern US states like Washington, Oregon, Idaho, and Montana.