Trip to Thailand: Ayutthaya and Bangkok

Good afternoon, finally I bring you the last stage of the backpacker’s trip to Thailand in Bangkok. We arrived in Bangkok at 5.30am by night train after spending a few days in Koh Tao. So, we waited for the subway station Hua Lamphong to get to the Lumphini stop, the closest to our hotel in Bangkok for the last days in Thailand. The trip to Thailand Bangkok and Ayutthaya. 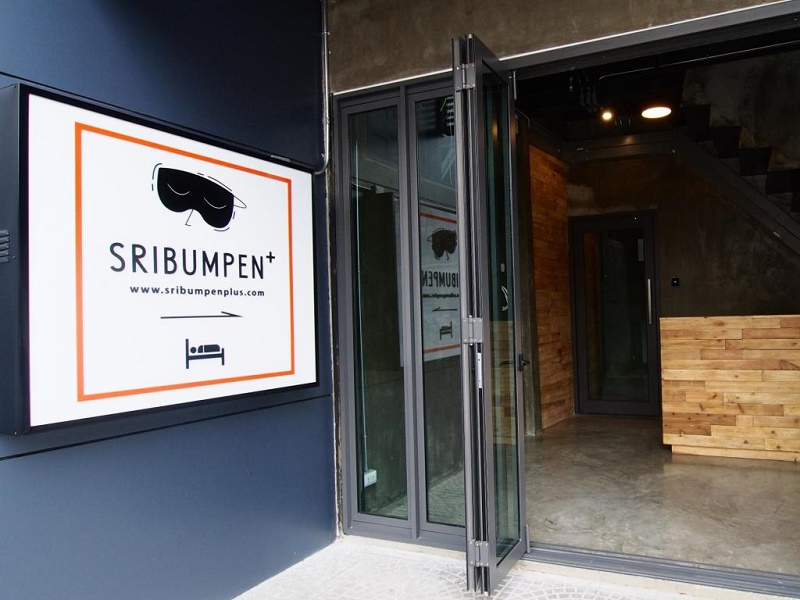 Through the booking application, we booked the hotel SriBumpen. The three nights were $60 in a private room, with a bathroom inside and air conditioning. SriBumpen hotel was very good, clean, new and modern. The only buts are the stairs (our room was at the top and when you got tired after all day, having to climb those stairs … it was hard. After that, you could have a pool, then it would have been round. Bangkok has several restaurants in the same street and a seven eleven that always helps. In some restaurants on the street, they made 10% discount for staying at the hotel.

We had to leave 1000th of deposit in cash, and the room was paid by card. As we could not enter the room until 2 pm, they kept our backpacks until we returned to the night to spend the day in Ayutthaya. 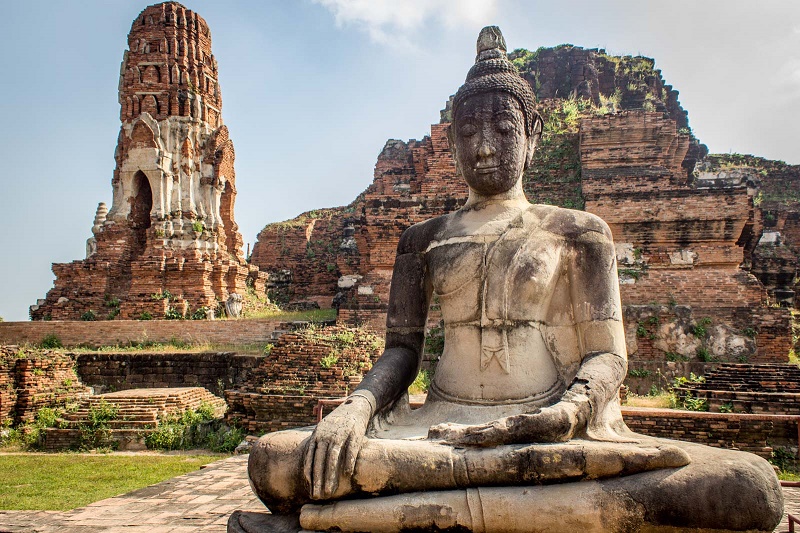 Since it was very early, we decided to make the most of the day and go to visit Ayutthaya from Bangkok. We went to Victory Monument to take the Van (a van with about 10-12 seats), there is an area full of tables with different signs and prices of the excursions. The tickets are worth 60 the each and about an hour later; we were in Ayutthaya.

Once in Ayutthaya, they tried to scam us. They stopped in a square, and many came to sell us excursions at the door of the van. Thanks to a German boy and a Chinese couple who were carrying the Internet on their mobile phones. They realized that they had left us super far away, at no more than 10km from Ayutthaya! 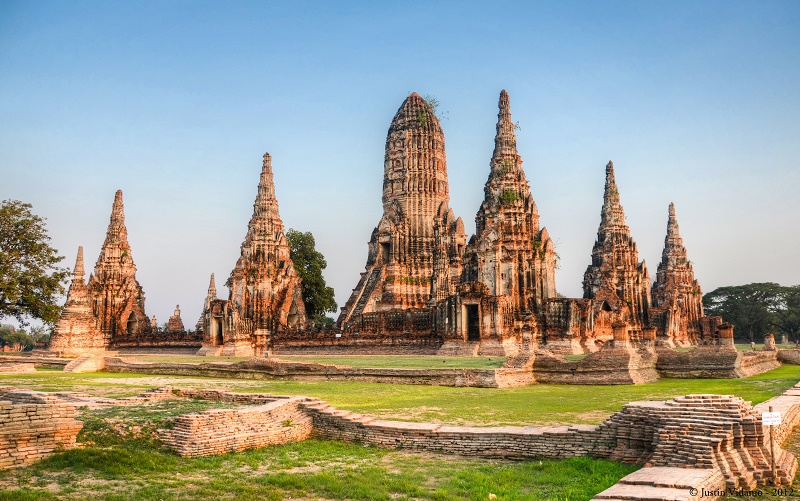 Here they begin to argue with the driver of the van and the tuk-tuks, they said that we had arrived and we told them no … that was not the stop. In the end without much success, we all got off the van and tried to negotiate to be taken to the center or the actual vans station. All wore blue shirts with tuk-tuk Ayuthaya logo and all the other vans passed by.

We were 7 people, and they wanted to charge 5000thb for taking us to the center, they went down to 300thb but still wanted two tuk-tuks. We told them that 30thb per person and we started to leave when finally truck takers took pity on us and approached us at 740thb each one to what he called the royal station of vans … they do not know what they were doing to us.

Once there, he asked us what we were going to do, we finally negotiated and took the tuk-tuk along with the Chinese couple for 4h for 150thb per person. He took us through many temples, about 8 or 9, asking us with postcards to which ones we wanted to go. Some were free, and others had to pay tickets between 20 and 50thb per person.

At 4 he took us back to the vans station, and for 60thb per person, we returned to Bangkok at 1.30h due to traffic jams at the entrance to the city. 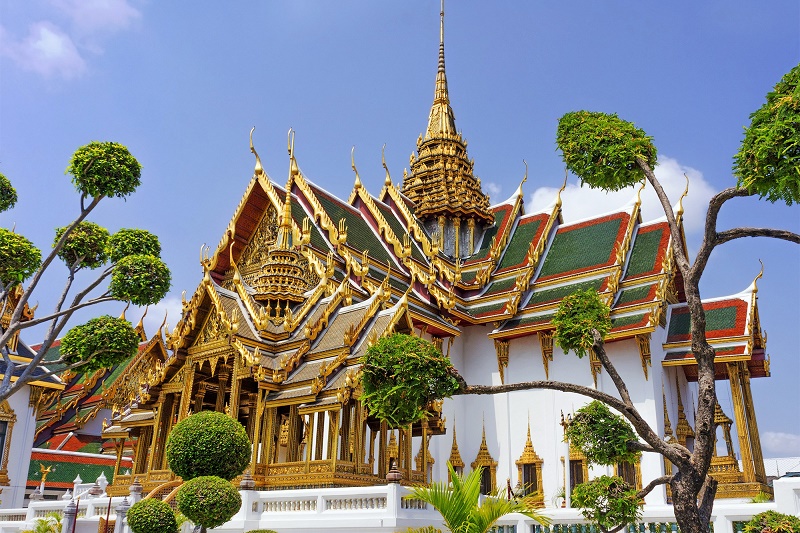 Update: Now the vans no longer leave from Monument Victory, they are taken at the bus station of Mo Chit (Chatuchak). The truth is that to us Bangkok; we were quite disenchanted, we expected more from the city that everyone speaks.

The next two days are dedicated to touring Bangkok and kicking a lot. We went to the area of Chinatown walking, passing through different temples. The MBK, we walked through the area of Patpong where there was a market, many girls offering and local shows, without more, does not have much this area.

Khao San road, Lumphini park (with all the lizards and bugs out there), terminal 21 shopping center (Sukhumvit / Asok stop) set in cities with areas of San Francisco, London. It has some store a little more alternative and different, but also normal stores.

We approach the river Phraya, Royal Palace, Chatuchak, Lat Mayom floating market near Bangkok of which you have a specific post on where I tell you how to get there and what can be done there. 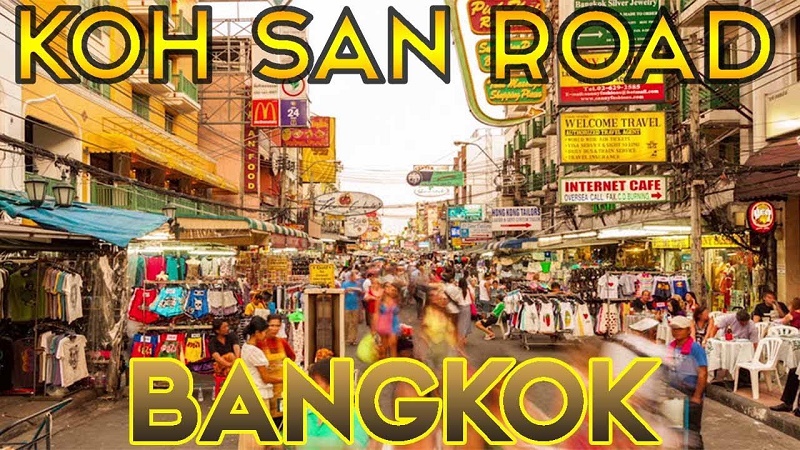 And I’m sure he left me many places to name you like that, but we walked a lot and got close to see everything that caught our attention.

An essential thing that everyone says is visiting the Royal Palace, and for us it is dispensable, and I tell you why. Everything from our opinion and tastes, that surely many others love it and see it as essential.

2- Many queues, even to take the entrance and take the clothes if you need

3- Very crowded, it was impossible to walk inside and much less see anything

4- It is very big, with many temples stuck, but having seen many other temples all over Thailand is not something that you see as essential. 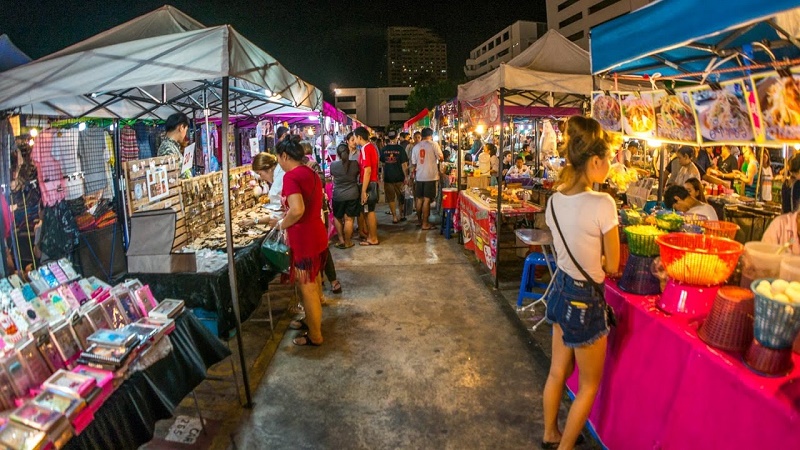 You have to go with short sleeves and long pants, if you do not have a 20th bail per garment, they will leave you shirts and whatever you need. They do not give change. If you leave more money, then they return it to you to return the garments. We took some blue short-sleeved shirts because the shorts we had were removable, we put them on the bottom and at the exit, we went back to stay in shorts.

Before entering, by public address, they commented that we should be careful. They opened every day from 8 am to 4 pm and that we distrusted anyone who approached us. By the way, the guards that you see sleeping were inside an exhibition that was in the Royal Palace, all watched. 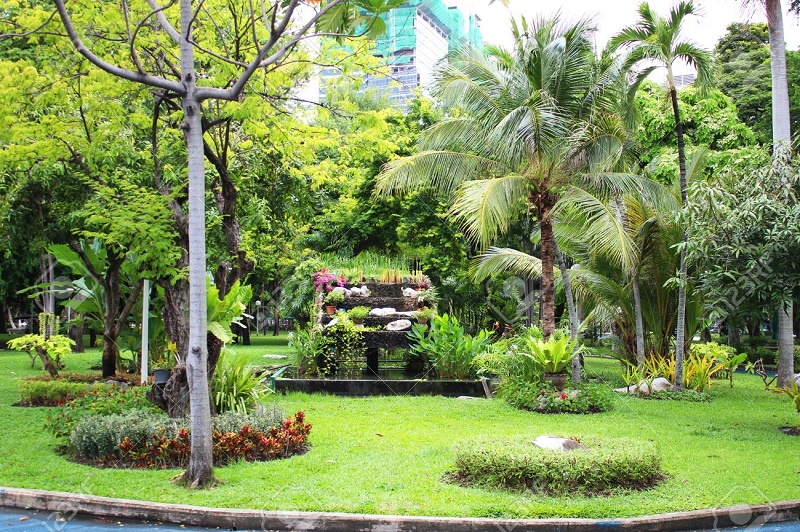 Saturday morning was our last day in Bangkok and we organized ourselves in such a way that we got up very early to go to the famous Chatuchak market where we made the last purchases and from there we went to one of the closest floating markets in Bangkok, Lat Mayom. In this way, we had time to see both and return to the hotel to pick up the backpacks before going to the airport to return home.

To go to Chatuchak you can go to the park stop or BTS Mochit stop. It’s huge, labyrinthine and I think it’s impossible to go all in one day. It has different sections and almost without realizing you go from one to the other. There are flower stalls, clothes, food, decoration, soaps, handbags, paintings, souvenirs. They open only Saturdays and Sundays from 6 am to 6 pm. 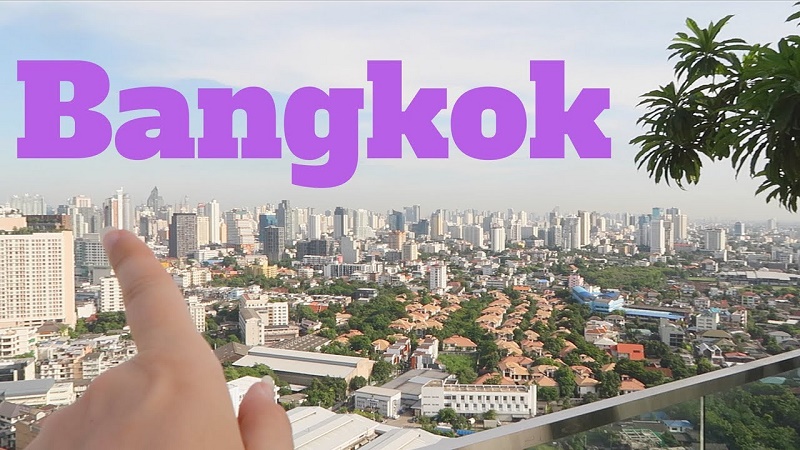 The best thing is to walk, but as the distances are very large, negotiating prices with tuk tuks is a good option and experience. For transfers, a little longer the taxis that put taximeter are not expensive. There are also taxi stands that take you where you need, but we did not use them.

To go to the airport there is a train that stops several times to Bangkok, I think it was cheap between 35th and 45thb per way, indicating which will be your stop.

In the subject of food and drinks, I tell you some prices so you can get an idea:

2 Fried chicken noodles plus two coca-colas for about 300thb

In this case, I have not focused on things that you can see, if not general data and that can help you. We had very little prepared this trip from Thailand and with the free maps that you can take through the cities, you can go almost everything because you are marked by the main tourist attractions. 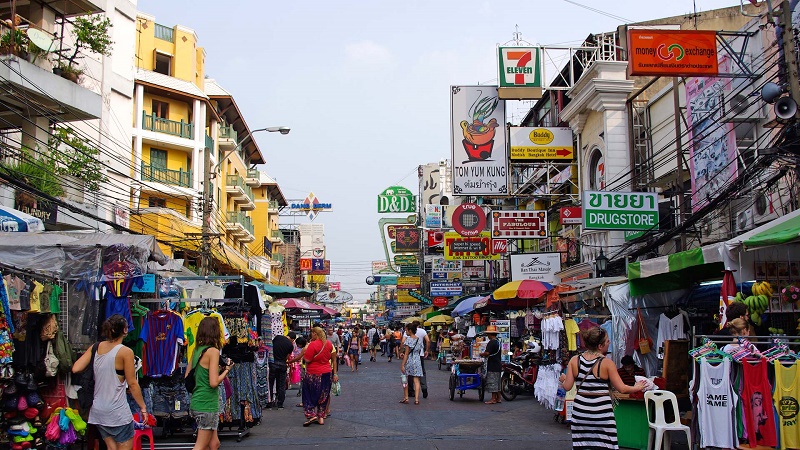 Curious things: At 6 pm, every day the King’s hymn sounds throughout the city (train stations, metro, BTS …) and everyone stands in the position that stands or rises from its place and when it ends, They continue with what they were doing.

Also visit Leicester – The City where dreams are made