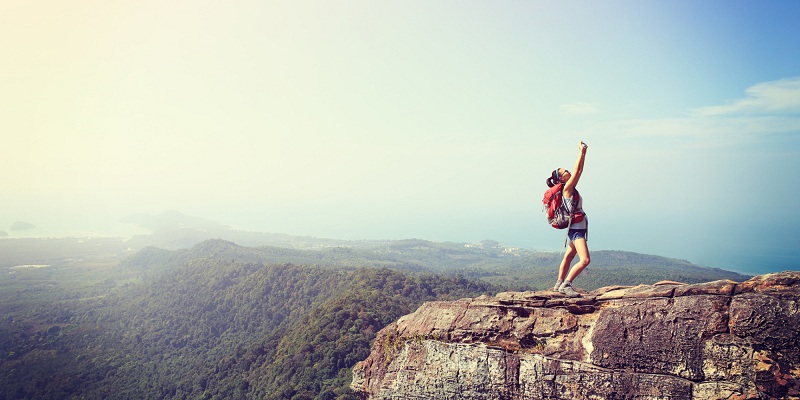 A single trip is a good way to bring thoughts in order, to gain strength and replenish the store of impressions. To make the trip a pleasure, and there are no disturbing thoughts in your head, it is important to choose the right country. We offer to go on one of the proven routes and share the list of safe countries for single travelers. Book your tickets, plan your rest – and go ahead for new discoveries!

Here the list of safe countries for women traveling alone

It is no secret that Canadians are considered the most polite and kind people in the world, especially in comparison with their neighbors. Because it is logical that the two major cities of this country have the status of the safest in the world – this is Vancouver and Montreal. 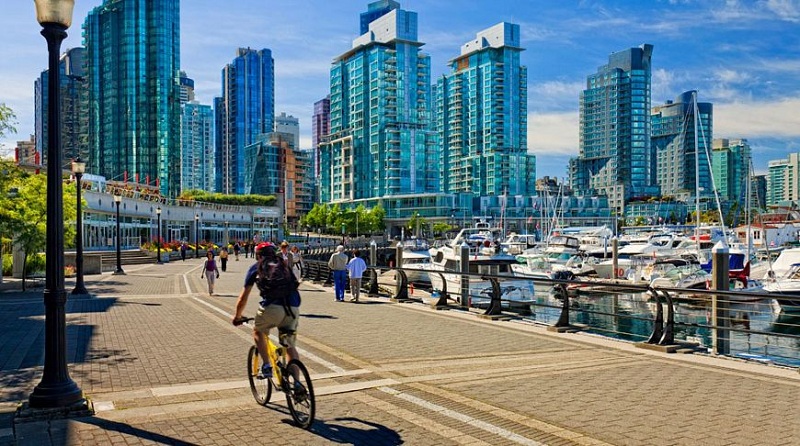 Vancouver, being the main city of British Columbia, at the same time among the five cities with the highest standard of living. On the one hand, it is surrounded by high snow-covered mountains, and on the other, it has access to the sea. This is a paradise for those who like to go to places where films were made, or who are interested in the culture of North American Indians. 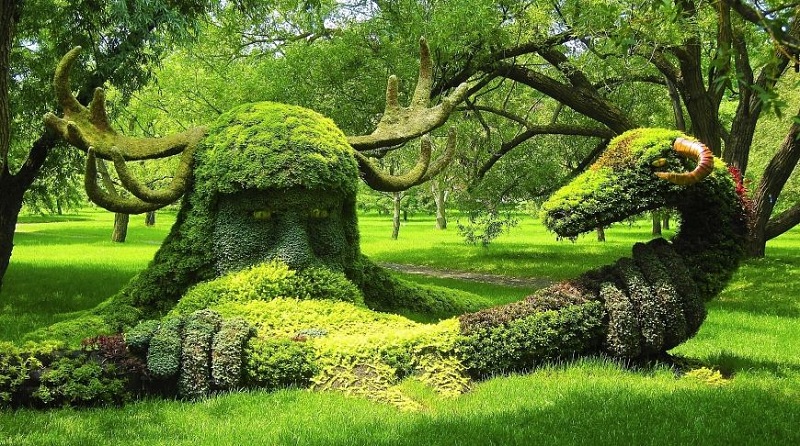 A very different experience offers travelers Montreal, the second largest city in Canada. Most of it is made up of French colonial Old Montreal, striking medieval architecture. From what is a must see, the old Town Hall, the church of Notre-Dame de Bonsecours and the house of Meredith on the Avenue Pen. 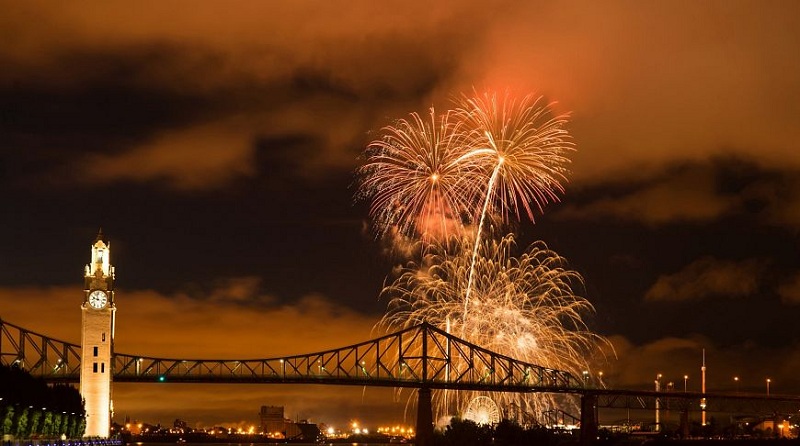 And what about the Montreal fireworks festival!

Charming Italy and especially its capital is not only filled with a huge number of attractions (the Colosseum, the Trevi Fountain, the Pantheon …) but is also recognized as one of the safest destinations for travelers. 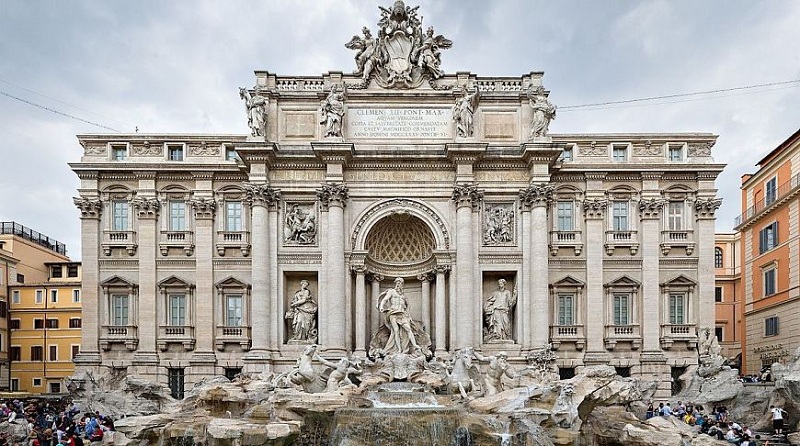 Italians are pretty close to us in mentality and easy to lift, so you won’t be bored in the evenings. Making friends here is as easy as stumbling on an architectural monument.

I would like to practice English, and old Britain is not happy with either the prices or the weather? Welcome to Malta! First, the second official language here is English, and secondly, this island nation in the Mediterranean is famous for its architectural delights, cuisine, and the friendliness of its inhabitants. And if you are a fan of “Games of Thrones”, then many landscapes will be known in absentia. 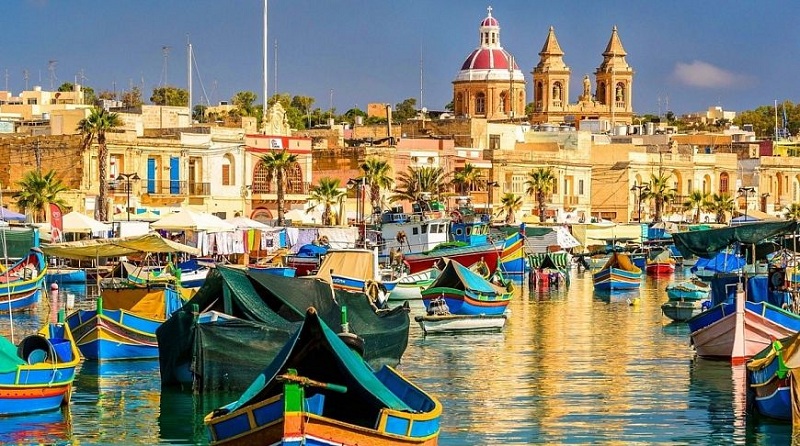 Port Valletta – the capital of Malta – is entirely included in the UNESCO World Heritage List. And not in vain: the palaces alternate with temples, and the earliest buildings date back to the 16th century. Here you can walk along the banks mentioned in the legends about Odyssey and along the same streets where Napoleon used to be.

Another island state in our list, which is not even one, but thousands of volcanic islands. Here you can see real dragons – Komodian monitor lizards – and hear hundreds of dialects. 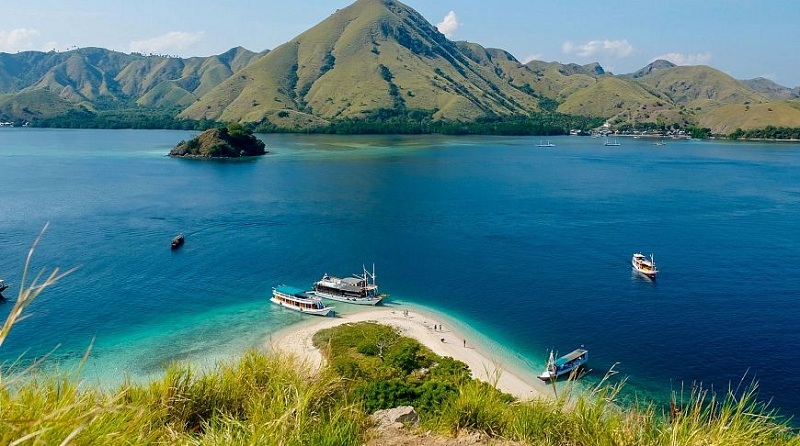 Indonesia will delight its guests with a rich cultural program and high-speed buses, and on Bali, it seems that the holiday never ends. From the sights, you can visit the Monkey Forest and the Pura Bratan temple complex, built in 1633.

Returning to the safe European routes, we must not forget about the country of free morals – Holland. Despite all the legends that go about this state, crime is very low here, and in densely populated Amsterdam you cannot be afraid of loneliness, especially since the tourist season here lasts all year round. 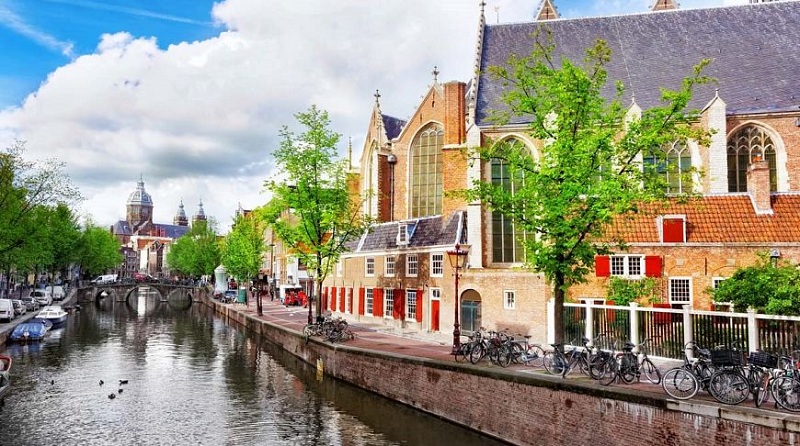 Coffeeshops, canals and tulip fields dotted with picturesque boats are perhaps the most striking distinguishing features of this capital. But do not forget that not far from the main square you will stumble upon the museum of Madame Tussauds and the Anne Frank house-museum. And if you get tired of the crowds of tourists, rent a bike and try to get lost in the intricacies of the streets. 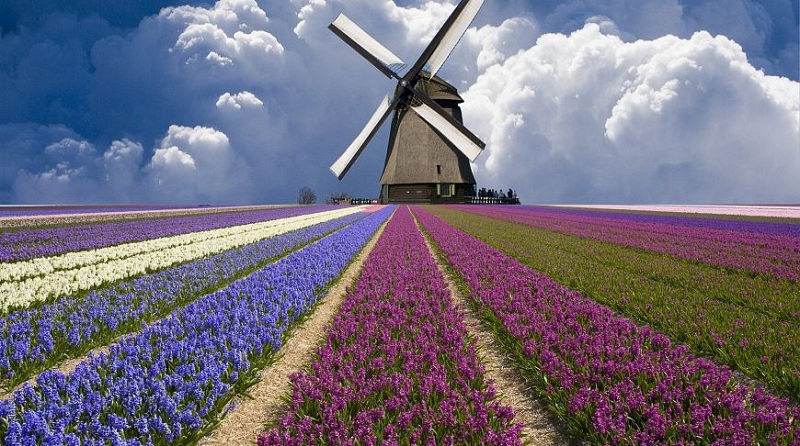 “Country of fjords”, “country of trolls”, “the happiest country” – as soon as they do not call Norway. Indeed, here is one of the highest standards of living in the world, and the Norwegians are mostly calm happy people.

In the capital – Oslo – the bustle of the metropolis and village life are subtly intertwined so that lovers of both will have something to do. It offers museums, galleries, and malls, and if you drive off just a little bit from the city – fjords and northern lights. 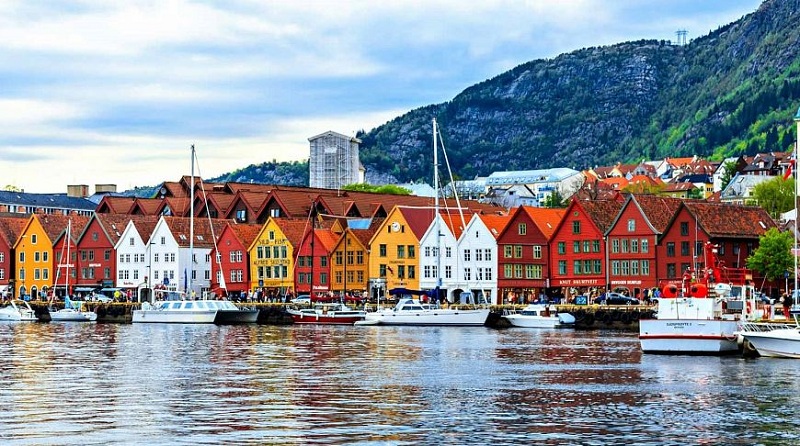 It is no secret that a high standard of living means expensive food and housing, but adventurers can safely stay in camp houses scattered throughout the country and even travel from one to another.

Almost everyone who comes here notes that the Japanese are already living in the XXII century. Technological progress is everywhere: from machines, where you can buy everything (dinner, clothes, electronics), and to the toilets in the hotel, who are talking to you. The most futuristic area is Odaiba Island, which is easily accessible from Tokyo. 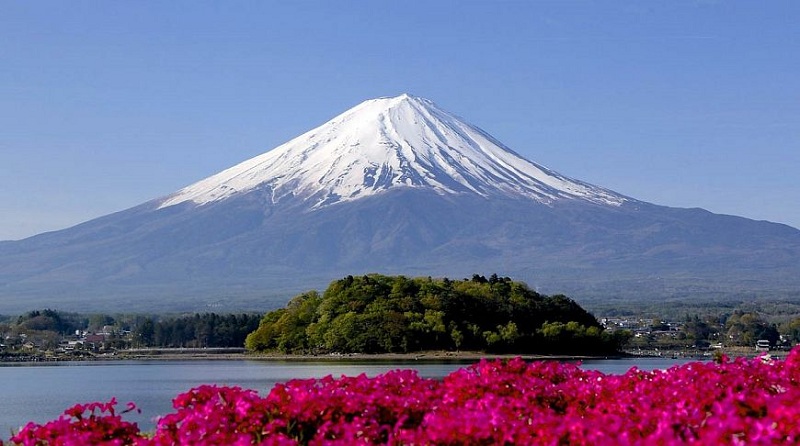 At the same time, Japan remains traditional in terms of culture and relations between people. And for those who cannot imagine their travels without a club life, there is a district of Tokyo called Shibuya, which never sleeps.

In addition to the capital, you should visit Mount Fuji (or at least look at it from afar, like the ancient Japanese artists), Osaka and the capital of medieval Japan – Kamakura.

Friendly, incredibly clean and absolutely safe Singapore is a must-see. No matter how great the desire to go around all (and immediately!) Of his shops, be sure to stop by visiting Hindu, Buddhist and Taoist temples that this state is rich with. 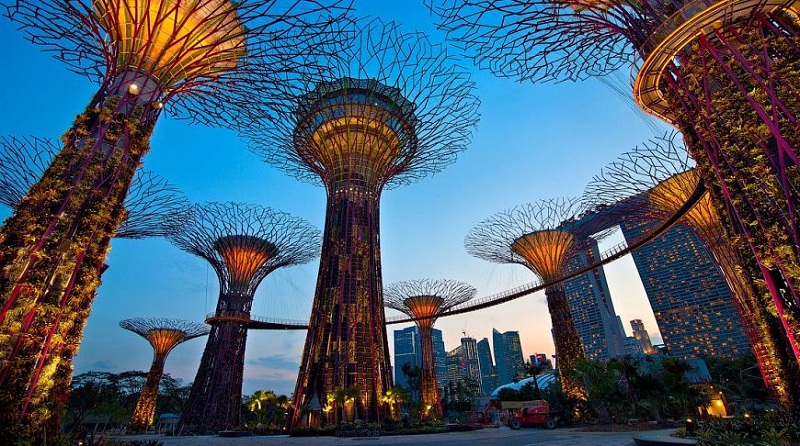 And the Singapore Botanic Garden and Little India are breathtaking! But before you go here, familiarize yourself with local laws and customs: it is strict adherence to them that ensures the safety of Singaporeans and tourists.

Not only the most secure, but also surprisingly bright in all its manifestations, the island nation is located in the Pacific Ocean and belongs to China, but at the same time it is very different from the “big Chinese land”. The official religion on the island is Buddhism, but there are also own beliefs with a whole pantheon of gods, which makes visiting the temple complexes a fascinating activity. 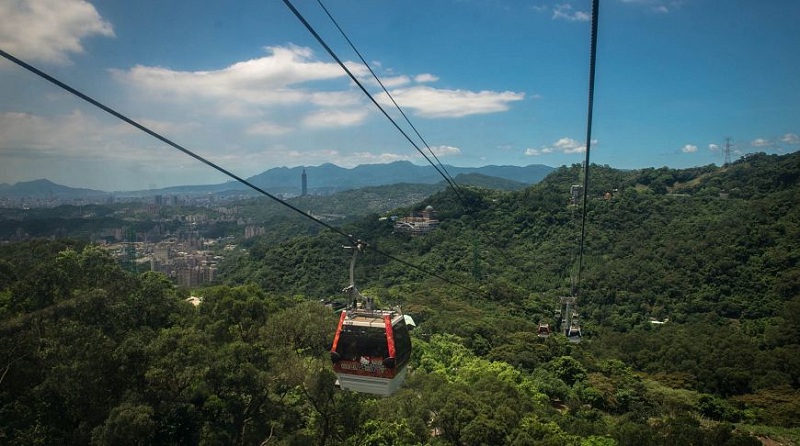 The lovers of Asian cities will certainly like the Presidential Palace, the cable car to Maokong Mountain and the Shilin Night Market, which disappears with the first rays of the sun and opens only at 20:00.

The country that gave the world “Guinness” and St. Patrick’s Day is located very close to England and Wales and is famous for its amazing cold coasts and old castles, the most famous of which is Keir and Bunratty. 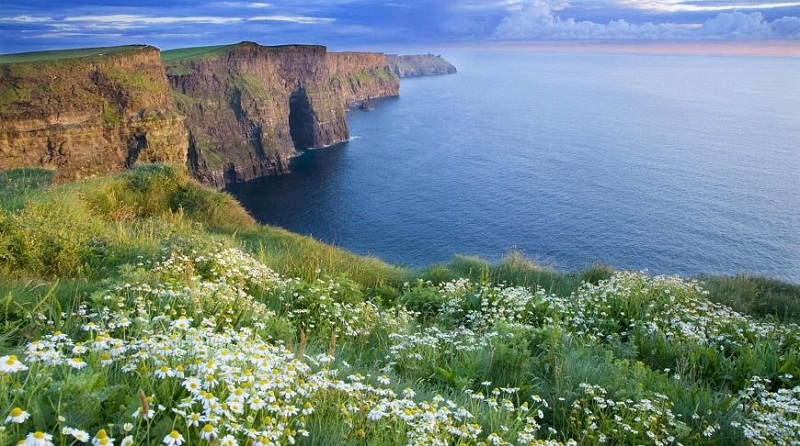 While the capital of the state, Dublin, is a rather developed and dynamic modern city, Ireland loves nature lovers the most. Pastures, coasts with lighthouses, mountains — everything seemed to have disappeared from the paintings of medieval artists. In the evening, you can warm up in a classic cozy pub and finish your acquaintance with Irish whiskey by performing a romance with local visitors.