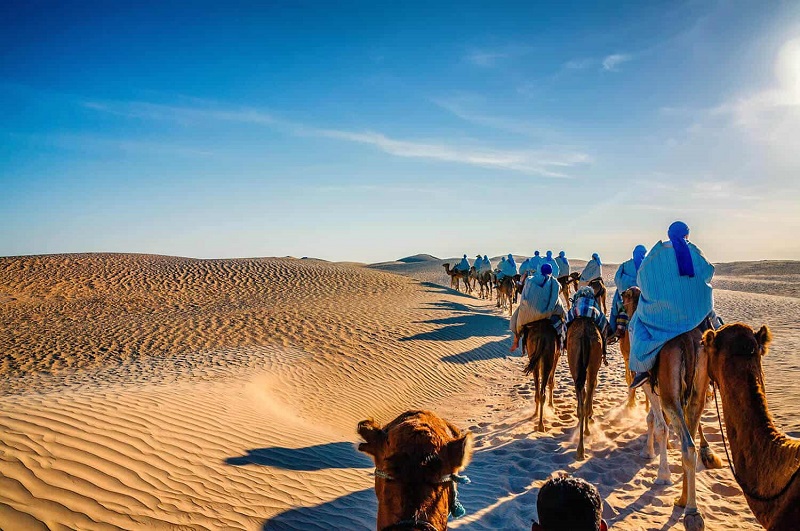 10 reasons not to miss a romantic honeymoon in Tunisia

After many months spent among suppliers and atelier of wedding dresses. Finally, all the preparations for your highly anticipated wedding reception have been completed! Now that you have even finished delivering the wedding invitations to your closest friends. You just need to relax and focus on what will happen next: what will be the destination of your romantic honeymoon? If you are looking for breathtaking sunsets in a priceless historical setting, Tunisia is the destination for you. But among suggestive towns and ancient archaeological sites, what are the 10 points of interest not to be missed? Here are 10 reasons not to miss a romantic honeymoon in Tunisia

1. The charm of Tunis

As a starting point, the capital is certainly a must! A city of mysterious charm, Tunis is rich in characteristic neighborhoods and colorful markets. As well as ancient ruins and historic museums of inestimable value. Start your tour with a walk in the oldest area, the renowned Medina district: don’t be afraid to get lost in its intricate streets. And let yourself be fascinated by the spicy scents and typical flavors of the place! It is one of the best places for a romantic honeymoon in Tunisia. 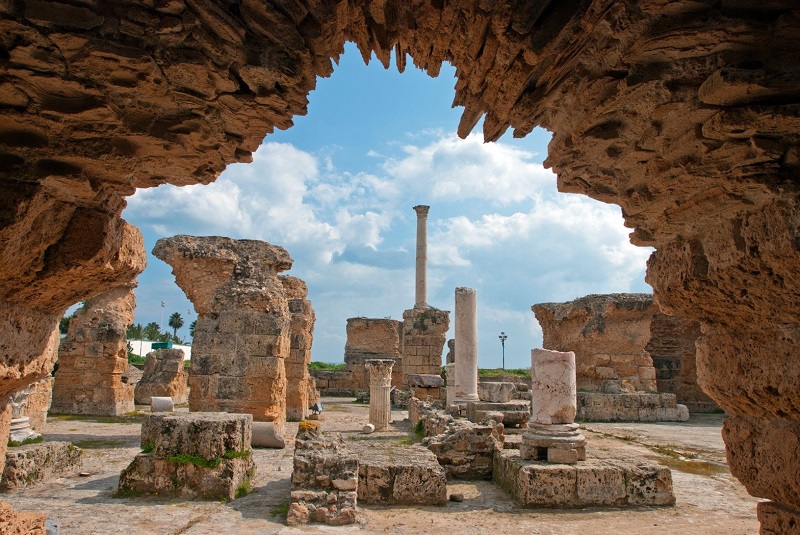 The ancient Punic city is just a few kilometers from the Tunisian capital. And symbolizes one of the cornerstones of Roman archeology. A magical place where history and breathtaking views come together, did you know that its ruins have also been declared a World Heritage Site by UNESCO? It is one of the best places for a romantic honeymoon in Tunisia.

Carthage is the one that can truly be defined as an open-air museum: walking through its lanes it is impossible not to be fascinated by the remains of Punic tombs. And Roman villas, not to mention the renowned National Museum of the city, located on the hill of Byrsa. This hill will be the perfect setting to admire the entire Gulf of Tunis. And exchange sweet love phrases against the backdrop of an enchanting sunset. 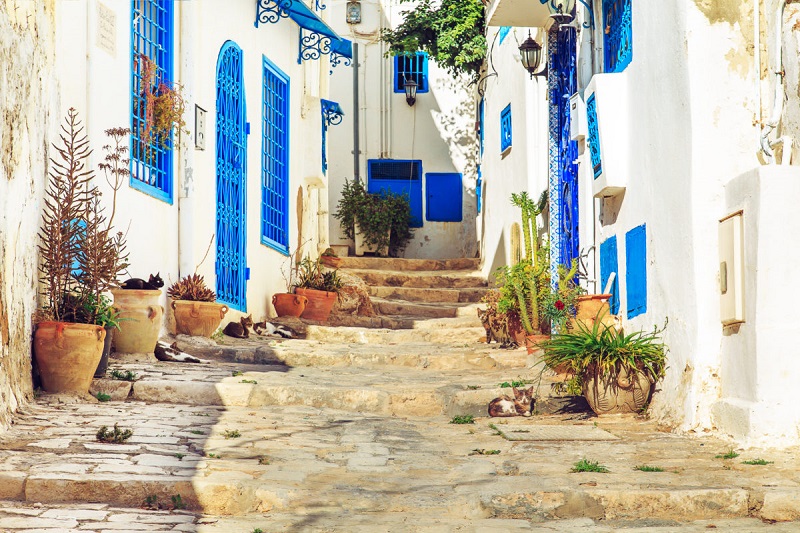 Certainly one of the most evocative villages of the North African state, Sidi Bou Said stands out for its white streets dotted with blue and Arab-Andalusian-style doors; the use of these two colors can be found in every aspect of the lively town. So much so as to become its main peculiarity! Strolling through the historic center, treat yourself to a break at the famous Cafe des Nattes to enjoy a very fresh and refreshing mint tea. It is one of the best places for a romantic honeymoon in Tunisia.

Directly overlooking the Mediterranean Sea, this town is the ideal destination for lovers of the endless white North African beaches. Once in Hammamet, you can enjoy some relaxing moments admiring the spectacular sunsets in an all-natural scenery. But not only! It is one of the best places for a romantic honeymoon in Tunisia.

Entering the city alleys you will find yourself immersed in houses and fortresses of simple architecture that will then lead you to what is the main home, Dar Sebastian: its structure takes its inspiration from the Art Deco and today represents the International Cultural Center of Hammamet.

About thirty kilometers long, the Djerba island is located right in front of the Tunisian coast. And is easily accessible thanks to its connection with the mainland. Much loved by tourists from all over the world for its crystal clear waters. And fine sandy beaches, the island is also known for the enormous amount of mosques it presents, whose structure is strongly influenced by the ancient Berber culture.

If your honeymoon is planned during the spring, don’t miss a visit to the international festival of Tataouine, where you can immerse yourself in the culture and traditions of this Tunisian town. It is one of the best places for a romantic honeymoon in Tunisia.

For the more adventurous couples, an excursion in the middle of the Sahara desert is inevitable. Starting from Djerba you can reach the western part dotted with salt lakes or lose yourself among the numerous oases immersed in the desert. During your exploration, stop to visit the small town of Matmata: an ancient village known for its underground caves, with an extraordinary architecture typical of the Berber people.

7. The oasis of Chebika

From paradisiacal beaches to the mountains: the variety of landscapes that Tunisia offers is truly amazing! Put on a pair of comfortable shoes and start exploring one of the most important mountain oases, Chebika. What makes this oasis unique is its source of almost divine charm, where water gushes from colored and layered rocks in a small waterfall that has a delightful stream from its origins, a real treasure in the midst of the aridity of the surrounding landscape.

8. The mystery of religion in Kairouan

To explore secret landscapes away from the coast, venture out to discover Kairouan, a city of secret charm set in an austere steppe region. It is the fourth holy city and the great bond with religion is everywhere: defined as the “city of three hundred mosques” , you will be enchanted by the prestigious architecture of the Great Mosque, the symbol of Kairouan. It is one of the best places for a romantic honeymoon in Tunisia.

9. Tozeur, the door of the Sahara

An important point of departure (or arrival) for excursions in the Sahara desert, Tozeur is the last of the oases that you will find before leaving space for boundless kilometers of sand. You will be surprised by the decisive chromatic contrasts that alternate in this land, together with the singular dwellings of the Berber villages, structured specifically to shelter from the oppressive heat typical of the area. It is one of the best places for a romantic honeymoon in Tunisia.

10. The imperial ruins of Dougga

Considered the city that best preserves the Roman remains of all North Africa, Dougga is an absolutely unmissable place to get in touch with the ancient Roman civilization in the midst of a hilly environment with Mediterranean flavors. If history fascinates you, carve out at least one day to visit carefully all the temples and amphitheaters of the city, you will certainly not be disappointed. It is one of the best places for a romantic honeymoon in Tunisia.

Were these 10 ideas enough to convince you that Tunisia will be the ideal destination for your romantic honeymoon? Start preparing your bags then: no elegant formal dress. But only fresh and comfortable clothes, to better face your North African adventure.