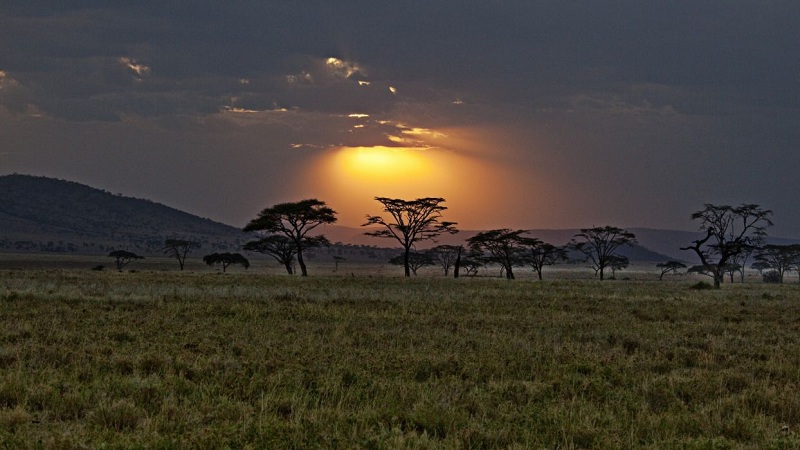 10 Safest And Most Beautiful Countries In Africa

Africa is the second most populated continent; over 1.1 billion people live here: a huge number of ethnic groups, languages, and cultures. Among the conflict and poor countries, there are quite peaceful, safe and interesting for tourists. Many travelers are familiar with such beautiful countries as South Africa, Morocco, Tunisia, and Egypt. And about where you can spend your time south of the Sahara, we will discuss in this article.

Here 10 Safest And Most Beautiful Countries In Africa 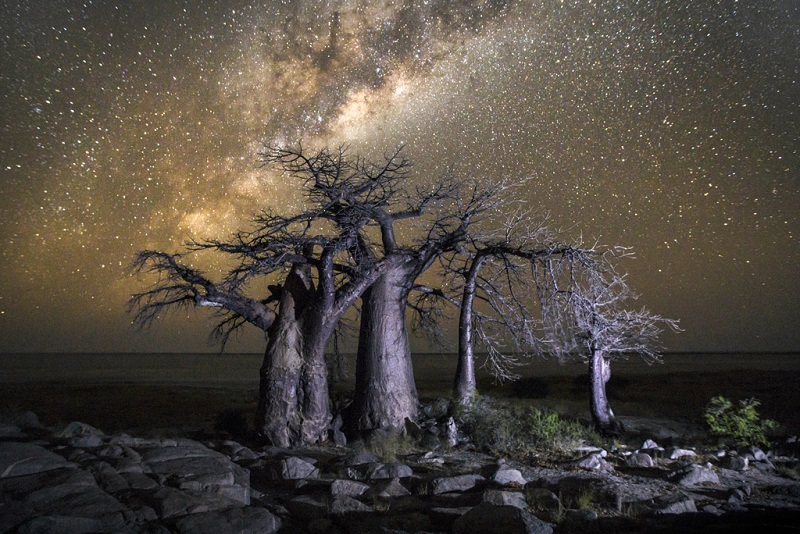 Perhaps the most unexpected state on this list is Sierra Leone, which has been torn apart by civil war not so long ago for ten years. However, since 2002, serious changes have taken place in Sierra Leone and today it is already among the peace-loving beautiful countries according to the Global Security Index (GPI). Sierra Leone is considered one of the most religiously tolerant states in the world, and the life expectancy of the local population is 57 years, which is not bad by African standards.

Sierra Leone has many beautiful nature reserves, such as the Gala rainforest or Autamba-Kilimi National Park, clean beaches on the Atlantic coast, and its capital Freetown is the oldest city in West Africa. 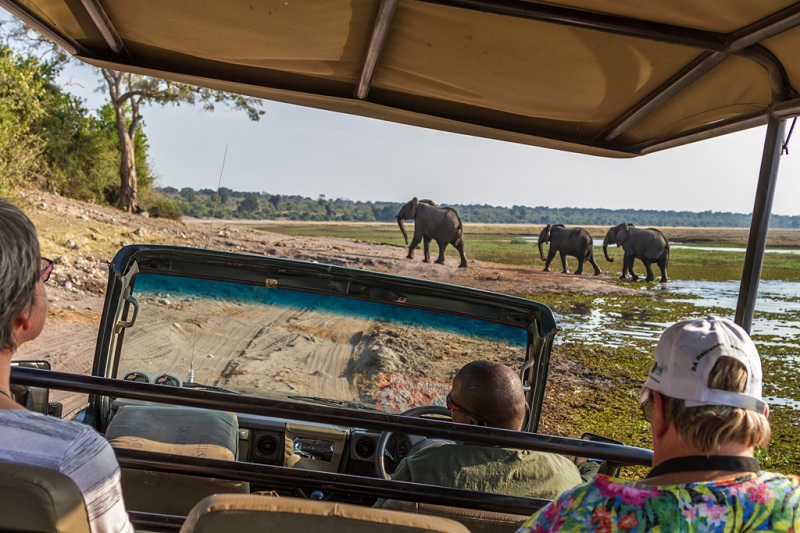 The leader in security on the African continent. Whether this is due to the fact that peace-loving and calmness is one of the main features of the Tswana people and the Bushmen or the fact that Botswana understands the economic contribution of tourists, but one way or another there is a very low crime rate.

True, no one promises that baboons will not attack you, so during a safari, it is recommended not to feed these belligerent monkeys and not even smile at them. In general, animals in Botswana very much; for example, the largest elephant population in the world lives here.

Along with the safari to the Kalahari desert and visiting national parks, one of the most popular tourist attractions since the 1930s is the search for ancient treasures hidden from the colonialists in the Gchvihaba caves. Nobody has found the treasure so far, but the caves themselves with amazing stalactites up to 10 meters long are worth it to go to the north of the country for their sake. 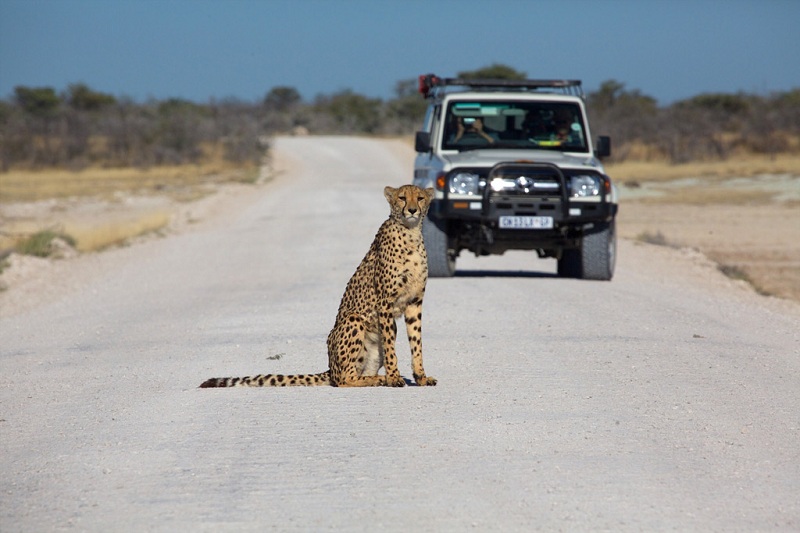 In 2008, Ghana was identified by the Global Security Index as the safest country in Africa and has since retained the top ranks in this ranking. Internal conflicts are rare in the country, and she has peaceful relations with her neighbors. The tourists here are very friendly and speak English to them – this is the official language of Ghana.

Here you can visit numerous reserves with elephants, antelopes, monkeys, and other exotic animals, visit the ruins of castles and fortresses of Cape Post and Elmina, listed as a UNESCO World Heritage Site and spend time on clean, uncrowded beaches. 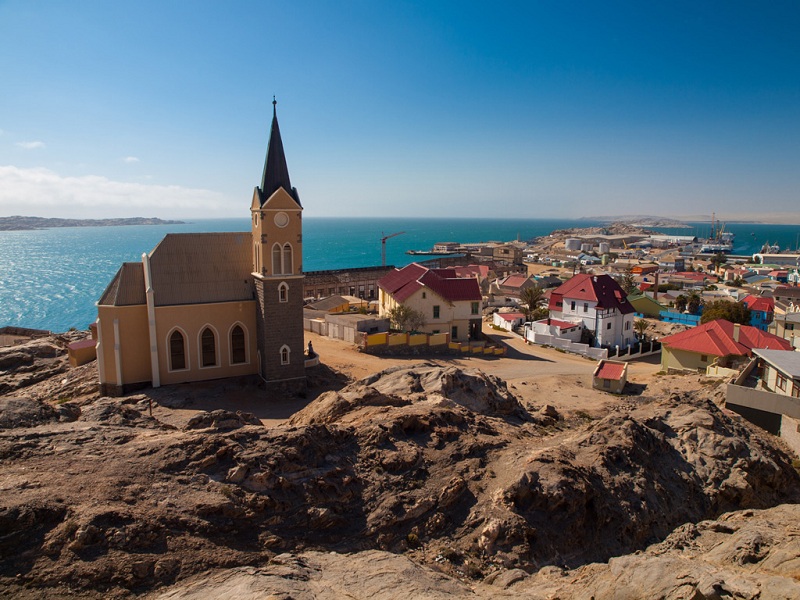 This country in Southwest Africa is an oasis of stability and security on a troubled black continent. It is quite late (in 1878) was discovered by Europeans, quickly emerged from all internal and external conflicts and is now one of the richest African countries.

Here is the oldest desert on earth – Namib, the legendary Skeleton Coast, many national parks, the site of the fall of the largest meteorite of Hob, the second largest canyon after Colorado and many more.

Namibia has good road routes and the Desert Express tourist train runs between the capital Windhoek and the resort city of Swakopmund, stopping at especially noteworthy places along the way. 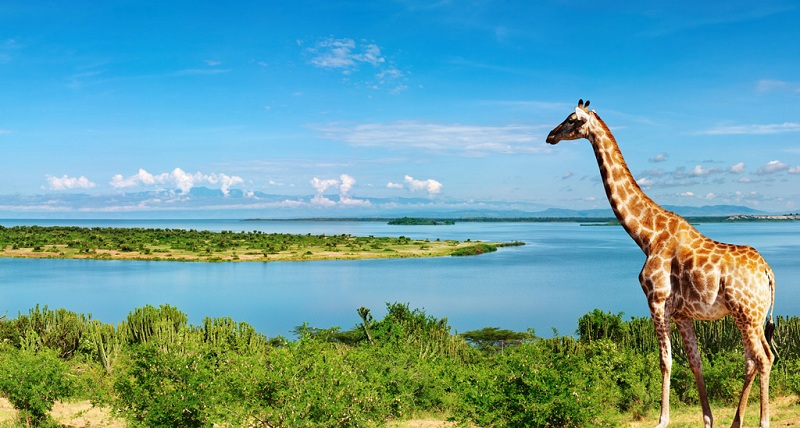 Uganda and GPI, as well as public tourist opinion, are considered safe by foreigners. Perhaps this is due to the fact that it is not customary for traffickers and barkers to harass people, perhaps due to the fact that the share of the urban population in the country is only 13% and the main attractions are not in the villages.

Tourists in Uganda have time to see a lot: one of the oldest in Africa, Queen Elizabeth National Park, Entebbe Botanical Garden, where they shot the first film about Tarzan, the Rwenzori mountain range – most likely, it was their ancient Egyptians who called the Moon Mountains. They practice sailing on Lake Victoria and rafting on the Nile, which originates in Uganda.

If the locals do not cause much concern to tourists, then you need to be careful with animals, especially if you see an elephant with an elephant. By the way, Uganda is located on the main migration route of northern birds: eagles, cuckoos, swallows, kites and many birds familiar to us spend the winter here. 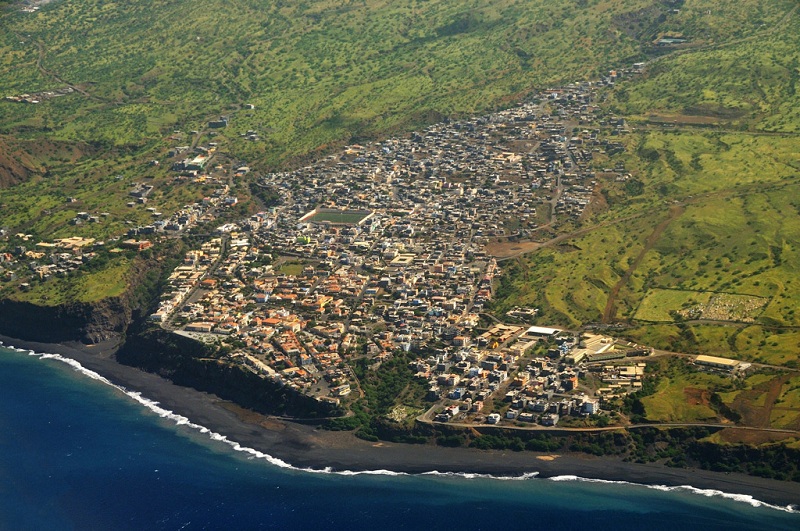 There are enough picturesque landscapes on the islands: extinct volcanoes, mountain ranges where you can go trekking, flowering meadows where you just have to take a walk. But the main feature of Cape Verde is, of course, the ocean – it is used at full capacity: from beaches with black volcanic sand, continuing diving to shipwrecks and windsurfing, which has schools on each island, but especially famous for them Sal Island. 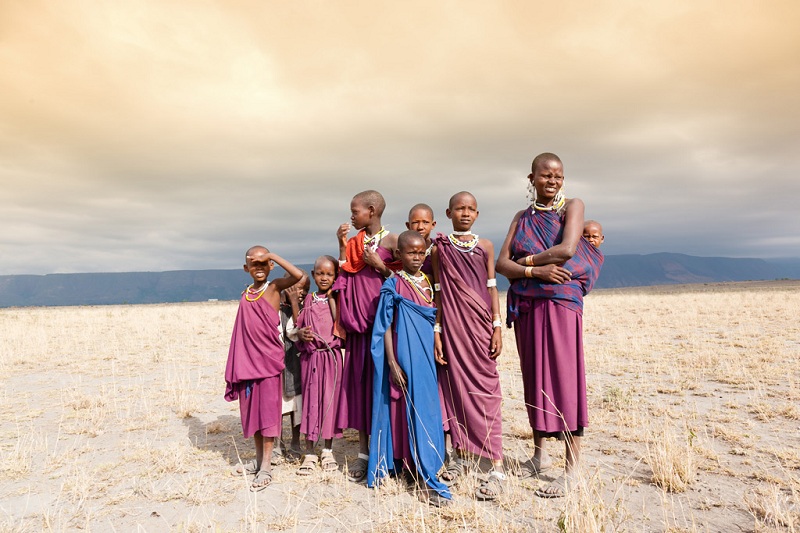 Kenya, the country of the Masai tribe and the business card of this African nature, is very beautiful, affable and tourist developed. Mount Kenya is the second highest on the continent after Kilimanjaro. Across the country, you can watch the shoals of migratory birds, and the view of the highest mountain in Africa (Kilimanjaro is located in Tanzania) from Kenyan Amboseli Park is perhaps even better than the view from the mountain itself. 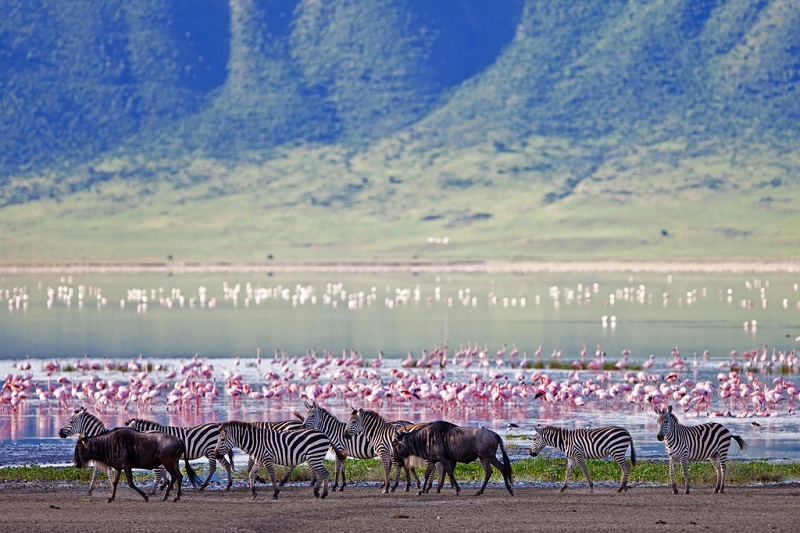 The people of Tanzania are friendly and smiling, but, as elsewhere, travelers should not lose their vigilance – there are plenty of robbers. But in Tanzania, there are still a lot of tourists who travel here without fear. Here, in the homeland of Freddie Mercury, there is something to see.

First, the volcano Kilimanjaro, to the summit of which there are numerous hiking trails. Secondly, the island of Zanzibar is a resort place where the most beautiful Stone city, founded by the Arabs in the 9th century, is located. From here, they go on tours for spices, during which you can scrape cinnamon and try unfamiliar spices. Thirdly, the famous Serengeti National Park, which occupies a huge area and where more than three million large wild animals live.

Fourthly, Ngorongoro Biosphere Reserve, located in the colossal (21 km in diameter) crater of an extinct volcano. It is home to about 25 thousand different animals and there is the highest concentration of predators in all of Africa. 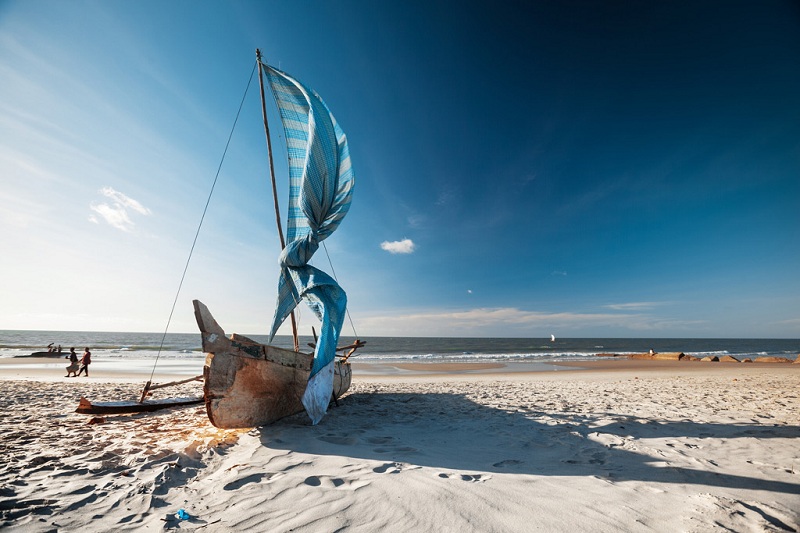 Madagascar is a separate continent in miniature: so much it does not look like Africa or any other place on earth. There are amazing landscapes here, and 80% of living animals and plants are not found anywhere else.

The island has many natural parks and protected areas. The largest reserve Zingi-de-Bemaraha, which like many others listed as a UNESCO World Heritage Site. The country is rich in beautiful beaches; Traditionally, it is considered safer to swim on the west coast – there are fewer sharks there. 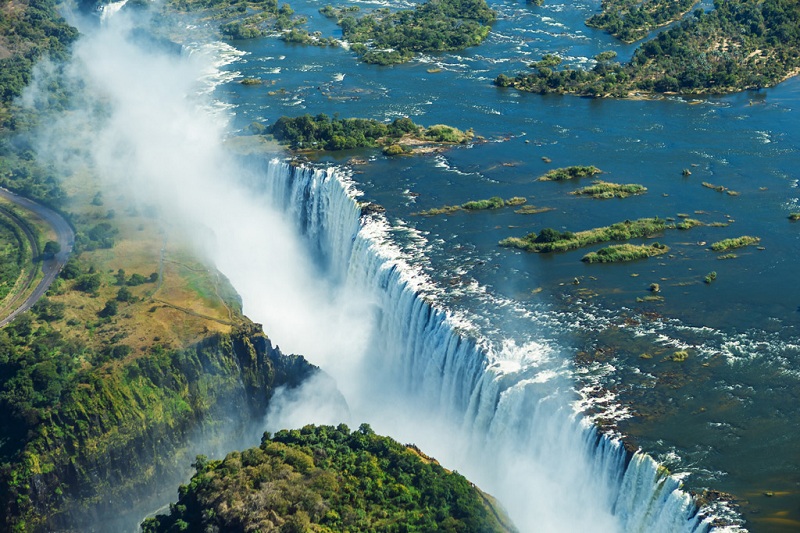 Zimbabwe is one of the most popular tourist destinations in Africa: here, on the border with Zambia, is the famous Victoria Falls. In Zambia, by the way, there are fewer tourists, so those who prefer a more intimate setting are recommended to admire the wonder of nature there.

In Zimbabwe, the conservation structure works very well and there is an unusually large amount of animals here even for Africa, therefore hunting is permitted in some places (almost everywhere on the continent it is already prohibited).

In addition to countless national parks, there is a unique historical site – the stone ruins of Greater Zimbabwe: a pagan temple complex built over a thousand years ago.

Tourists who are going on a trip to Africa should definitely be vaccinated; they are usually listed on the embassies website. Even in those beautiful countries for which a vaccination is not required for a trip, it is necessary to take antimalarial pills and start taking them before the trip. It is strictly forbidden to use raw water, even for cleaning teeth.