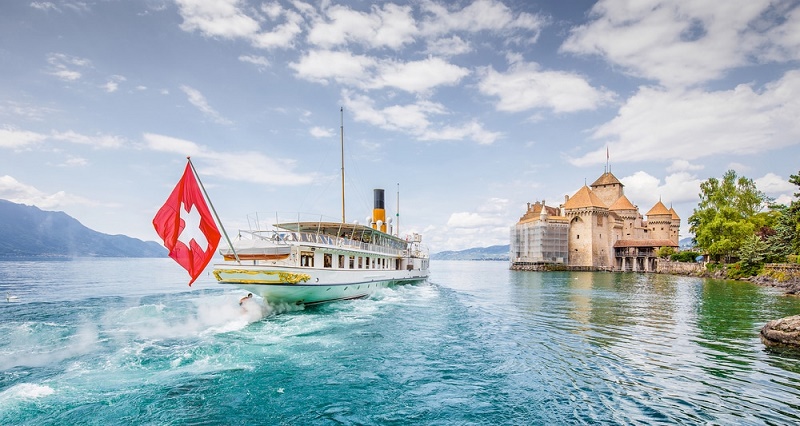 15 things to do in Geneva: With practical information and map

Geneva is the Swiss city of peace and luxury watches, but it also has other lesser-known faces. We tell you our things to do in Geneva, some of them sure you did not expect. You can get around the city. The center can be walked but, to get to other neighborhoods, it is best to move by tram, subway or boats that cross the lake. Transportation is free for all tourists, with the transportation card that is delivered to the hotel.

Practical information for things to do in Geneva

Here you have some practical information and map to help you on your trip to Geneva. 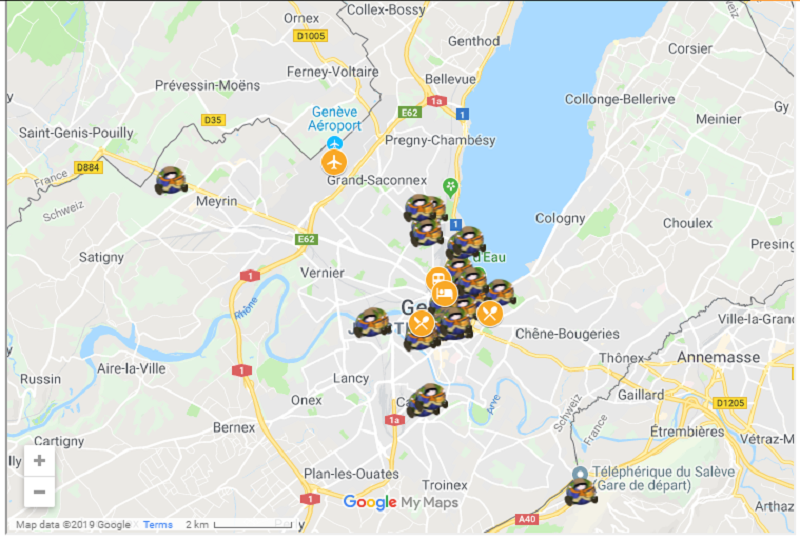 In the same airport, there is a train station that will take you to the central station, where you can move to the rest of the city. The ticket is free for all tourists. You just have to take your ticket in the machines that are in the luggage collection rooms.

Language: French is spoken in the Canton of Geneva.

Currency: The Swiss currency is the Swiss franc, cards are accepted almost anywhere.

Time in Geneva and when to go: Average temperatures in Geneva range from almost 0ºC from December to February, to more than 20ºC in July. Summer is a good season to go: the weather is good, usually a lot cooler than in Spain -although we got just a heat wave-, and the hotels are emptier, having more business tourism. Traveling on the weekend is also good for the latter. Last month, we traveled to Koh Phangan. In winter, Geneva is a good base to get to Chamonix and other ski slopes in the Alps.

Geneva is the city of luxury watchmaking par excellence. If you can not afford one or the luxury watches are not your thing, you can always stop to browse in front of one of the showcases of the streets around the lake, like the Quai Gustave-Ador. Patek Philippe, Rolex, Omega, TAG Heuer, Breitling, IWC … There’s something for everyone!

And if not, there’s the flower clock! Another symbol of Geneva, also of the most precise – it is synchronized via satellite with its floral decoration that changes every season. On top of that, you’ll see watches in virtually every corner: Swiss punctuality is not a myth!

In the Cité du Temps the watches you can see are not luxury, they are the closest that there could be because … who has not had a Swatch at any time? I do not remember how many I had – and how many I lost. An exhibition – free, what more could you want? – of all the models of this house from 1982 to today, will you find yours? We found some of ours …

The Cathedral of Saint Peter – Saint-Pierre – of Geneva began to be built in the 12th century and has a very peculiar mixture of styles. Under its soil archaeological excavations are visited that allows you to know the first churches that were built here since the 4th-century.

Cathedral of Saint Peter – Saint-Pierre – of Geneva began to be built in the 12th century and has a very peculiar mixture of styles. Under its soil archaeological excavations are visited that allows you to know the first churches that were built here since the 4th century.

Something you have to see in Geneva by obligation is the historic center . Its streets, in spite of that order and neatness so Swiss that sometimes seem a little exaggerated, have a lot of charm. Three good places to start are the Gran-Rue , the Place du Bourg-de-Four, and the Rue de l’Hôtel-de-Ville, where is the Hôtel-de-Ville, headquarters of the canton of Geneva, whose patio deserves It’s worth looking out.

There, in the historic center, is the oldest house in Geneva: the Maison Tavel. Its most interesting room is on the top floor: there you can find a large model of the Geneva before 1850 when it still retained its fortifications. It is undoubtedly one of the museums in Geneva that we recommend visiting: the Maison Tavel.

A little outside the historic center, you go down to the Parc des bastions, where you can enjoy watching the older gentlemen playing with their huge chess pieces.

In the same park is the so-called “wall of the reformers”, officially the International Monument of the Reformation. Four of the great protagonists of the Reformation, Juan Calvino, Guillaume Farel, Théodore de Bèze and John Knox stand out from the stone in a giant bas-relief. The motto of Geneva, Post Tenebras Lux – After the darkness, the light – accompanies them. Another of those peculiar corners you have to see in Geneva and that has become their icons.

The neighborhood of Pâquis, on the other side of the lake regarding the historic center, is the first area where the many immigrants arrived in the Swiss city. There is still a lot of immigration, ethnic restaurants, bars, hotels, and even a mini “red-light district”. In addition, a little further north, there are two of the largest and most beautiful parks in the city: the Parc Mon Repos and the Parc de la Perle du Lac, side by side.

But what took us there was the Bains des Pâquis, in the old dock of the neighborhood. All the Genevans seem to gather here: in summer to take a dip in the lake and in winter for a sauna and some cheese fondues. The price, very popular, and more for Switzerland: 2 francs! One of the experiences we recommend during our weekend in Geneva as a couple.

But there is another “beach” less central and almost as busy in summer as the Bains des Pâquis: it is “La Jonction” , where the waters of the two rivers of Geneva are found: the Arve and the Rhone. Great beach atmosphere, with beach bars included, river rafting, music … if you go in summer, it’s your place.

All year round, even in winter, you can climb the viaduct of the Jonction -when we were closed for works-, to see how the waters of so different colors of the two rivers mix.

Another neighborhood that you can not miss is the international district of Geneva, where the Palace of Nations is located, the European headquarters of the United Nations ( UN ) and the second most important in the world after New York. The one that gave Geneva the name of ” city of peace “. There are guided tours of the building, on the official website of the UN you can find information.

INTERNATIONAL MUSEUM OF THE RED CROSS AND THE RED CRESCENT

A museum to get excited and reflect and with many interactive activities, like the game “Hurricane”, which puts you in the situation of dealing with natural catastrophes. You can also walk among the files of the file of the International Prisoners of War Agency 1914-1923 inscribed in the UNESCO Memory of the World Register.

If you want to walk next to some of the brightest minds on the planet, and even chat with them, your place in Geneva is CERN. The place where the world’s largest particle accelerator is located, where the Internet was born, where the Higgs boson – the “particle of God” – was discovered – and where it is likely that at the same moment you are visiting is making a discovery in theoretical physics worldwide …

The historic center, Les Pâquis, the international district … all Geneva neighborhoods have very different characters. Like Carouge and the quartier des Bains.

The first is the ” Greenwich Village” of Geneva, with its market on Wednesdays in Place du Marché. Its small designer shops, its artist’s shops, its bars, and its colorful houses.

And the second one is the neighborhood of contemporary art. All the most important contemporary art galleries in the city are here – you can take a tour of them, more information on the official website of the association Quartier des Bains – next to the MAMCO – Musée d’art moderne et Contemporain, Museum of art modern and contemporary- and the Center d’Art Contemporain Genève , Geneva Contemporary Art Center.

In the Quartier des Bains there is not only contemporary art. There are also other very interesting museums. One of them is the Patek Philippe museum, the museum of one of the most prestigious luxury watch brands in Geneva, where we hallucinate with its collection of an e watches.

Watches from the XV to XIX centuries with designs and functions to which you will not give credit. In the shape of flowers, cages with their birds inside, snake, beetle, clog, mandolino, strawberries or other thousand kinds of fruit … And then in telescopes, on Swiss knives, in fans or in the form of a pistol and shooting a singing bird. How about?

THE ETHNOGRAPHIC MUSEUM OF GENEVA

Another of the museums that we loved in the quartier des Bains is the Musée d’ethnographie de Genève – Ethnographic Museum of Geneva, the MEG. A single large room in which to travel in the past of the five continents.

From an eighteenth-century Japanese Buddhist domestic shrine to a twentieth-century ritual Gabonese mask through a nineteenth-century Hawaiian feather cloak. A museum to enjoy with calm and time -more than we had.

THE CITY FROM LAKE LÉMAN

Lake Geneva will not fail to accompany you on your trip through the city. So, how about a ride on it by boat? In addition to the experience itself, you will see the city and the Jet d’Eau from another point of view.