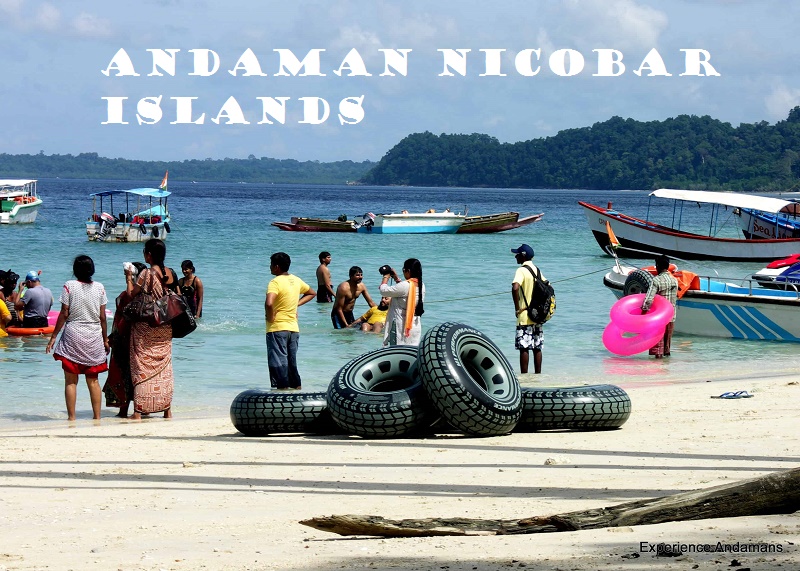 Andaman Nicobar islands: practical guide not to get lost in paradise

The main characteristic of the Andaman Islands is that, when eating, the dishes take time to reach the table for an indeterminate time between 45 and 90 minutes. And they prepare one by one. So that, you can travel in company, and each guest asks for something different when the last one finally receives what he has asked for, the first one has already finished doing the digestion. Follow the basic tips to prepare for your trip.

The experience of eating at any Andaman beach bar is nothing more than a reflection of the rhythm of life in the archipelago in all aspects: slow. And Adam is going to lower pulsations. And, incidentally, to escape a little of the Indian madness, since the social and cultural landscape of these islands is considerably different from the country to which politically they belong.

Separated from the tritest routes (although less and less), the Andaman Islands and their cousins, the Nicobar, are located at a distance of more than one thousand kilometers from mainland India. In the map, they look more like an extension of Southeast Asia, and that is that they are part of a mountain range submerged in the Bay of Bengal that extends from Indonesia to Myanmar, whose peaks form hundreds of islands and islets.

With all the ballots to become less than a decade in one of the most prominent tourist enclaves of India. It is shocking to think that until the arrival of the English, just over two centuries ago, the Andamans were a virgin territory inhabited by tribes that had remained isolated from the world 60,000 years, since its arrival from Africa in one of the first human migrations outside the black continent. Poor people. Who has seen them and who sees them. There are only a few groups scattered here and there, of which the Jarawa people, with no more than 400 individuals, is the largest. On the small island of Sentinel del Norte, Sentinelese resist all contact with the outside world, not hesitating to attack (in self-defense) anyone who dares to approach their territory.

So anyone who hopes to know anything about the tribal Andaman may be erasing the idea of his head. The work of organizations such as Survival, calling for a boycott of tourism in the islands, and especially human safaris, seems to give little by little its fruits, and today the closest you can get to the indigenous people are on the road illegal Andaman Trunk Road that connects Port Blair with Diglipur crossing the Jarawa reservation on its way. A road that Survival is fighting to close.

In definitive accounts, the Andaman Islands will enjoy the beach, the seabed and the occasional spectacle of nature. So, without further ado, here is the first part of a series of first-person clues so as not to get lost in paradise:

How to get in Andaman Nicobar islands

By plane: The easy option. Companies like Air India, Spice Jet, Go Air or Jet Connect have direct flights with Port Blair from Kolkata, Chennai or Delhi (although those from Delhi usually fly via Kolkata). The prices vary considerably according to the time of year and the advance with which the ticket is purchased.

By boat: For the most romantic (and brave). All the information about the boats, and the odyssey that is supposed to get the tickets, you have in a box at the end of the post “An Indian in miniature.”

The permit: Arriving by plane, by boat or by swimming, foreign visitors need a permit known as RAP (Restricted Area Permit) that gives access to certain areas of the islands (the most tourist). Currently, this permit is granted free of charge at the airport or port of Port Blair. It is advisable to make several photocopies of it, as well as showing it every time you arrive at a new island or controlled areas. You can ask us for a copy when buying the boat tickets or when checking in at the hotels. Some islands and specific areas require a specific permit that must be paid. Other areas, as well as the Nicobar Islands as a whole, have restricted access to protect their biodiversity and the aboriginal tribes.

The first thought that assaulted me when I set foot in Port Blair was that I had left India far behind. Clean streets, less crowded and even ordered; buildings in perfect condition (many rebuilt after the 2004 tsunami, all must be said); flowerbeds adorning the walks … and the most surprising thing: a non-existent begging.

With that facade and atmosphere overflowing with good vibes, trying to imagine the atmosphere that would be breathed in the capital of the paradisiacal archipelago just a hundred years ago when the penal colony was in full swing, it was extremely difficult for me. But for that is the visit to Cellular Jail, prison today turned into a national monument, where many fighters for the independence of India were imprisoned and tortured.

I had great photos of Port Blair, of the jail, of its star form from the roof, of the cells … But in oversight, I deleted the memory card that contained them (when I realized I wanted to split my head against a wall). This one was on another card, and it’s the only one that survived.

To breathe nothing better than taking a boat to Ross Island; another small surprise in a city that seemed to be no more than a base to explore the neighboring islands. What used to be the headquarters of the British administration in the Andamans at the time of the Empire, is currently an open-air museum, an “Angkor” of colonialism (and I still refer to Cambodia, I plead guilty to all charges ) fallen in disgrace after the earthquake of 1941 and the subsequent Japanese invasion, devoured by the jungle. 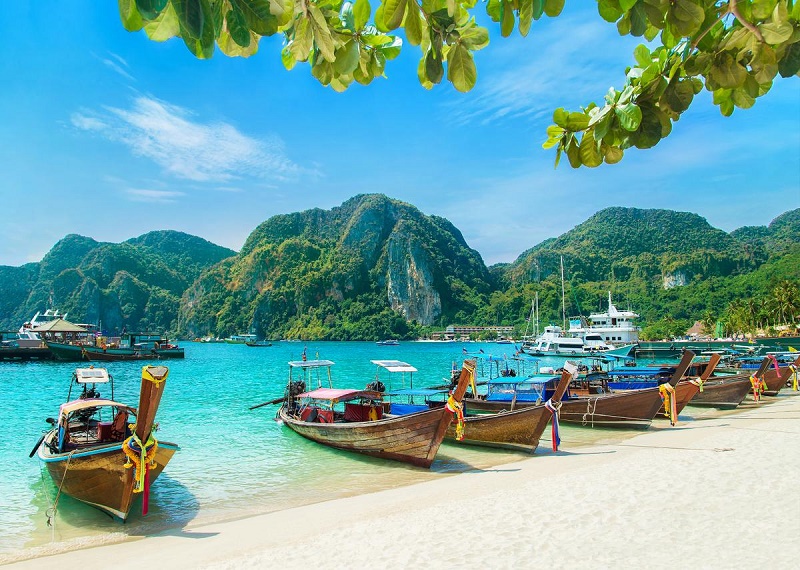 One of the most fun points of the visit to Ross Island is the trip on the boat that leads to it. On no other journey (two, four or even six hours) between the islands of Andaman, passengers are forced to put on their life jackets. To go to Ross Island – located less than 1 km from the port, a trip that does not last 15 minutes – yes. It takes less to cross the puddle than to tie the vest, something that gives rise to situations of the most comical.

On Ross Island, one could pass, with pleasure, half a day or a full day, but unfortunately, it is not allowed. The maximum duration of the tour is one hour and little more (it takes to go and return the boat with new visitors), so it is necessary to hurry to see everything. With how good one would stay there for a picnic among deer snoops and those trees gaining more and more ground to the stone … A charming and amazing place. What little time does nature need to impose its rules! 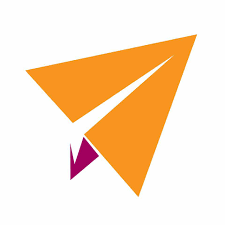 Sleeping in Port Blair: Azad Lodge. Rooms without bathroom and with the fan from 250 (single) and 400 rupees (double). Doubles with bathroom, hot water, and fan for 600 rupees. Paying a little more will activate the air conditioning. Friendly service and perfect location in the Aberdeen Bazaar, between the statue of Gandhi and the Torre del Reloj. Without Wi-Fi.

About the food in Port Blair 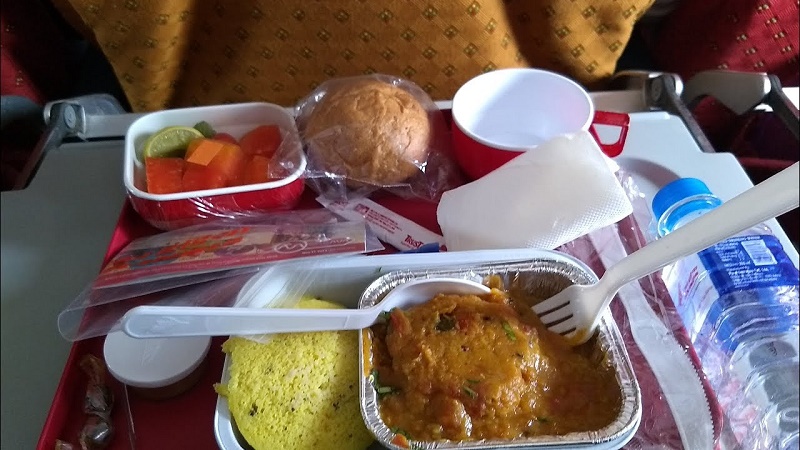 One of the amazing things about Andaman is that the standard of living is higher. It is very focused on tourism that wants to relax and will not bargain too much. There is little chance of finding a place to eat really cheap , or rather: normal in relation to the Indian standard. The price of the simplest thalis always round 150 rupees (you get to find 90 if you search well, but they are exceptions) and the quantities served are smaller, but yes: the quality of the food is much higher .

About the drink: Most restaurants do not have a license to sell alcoholic beverages. In the hostel, hotels and resorts is everything, costing an average of 150-200 rupees a bottle of beer. In liquor stores, the same bottle of beer costs 65-70 rupees, while wine bottles start at 250 rupees.

Price of the tourist visits: Cellular Jail , 10 rupees, + 10 rupees for the camera. Night show (every afternoon in jail), 50 rupees. Ross Island , 20 rupees, +10 rupees for the camera. The i / v boat trip costs 100 rupees (places are limited so it is advisable to be at the box office first thing in the morning or leave it reserved the day before).