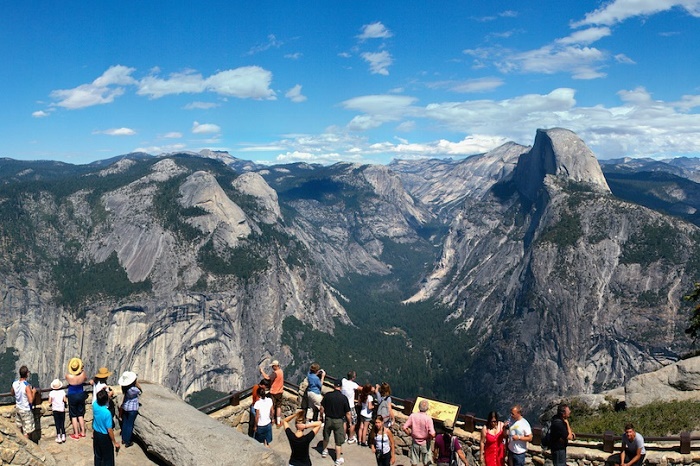 One of the most popular visits on a trip to the west coast of the United States is the Yosemite National Park in California. In this park, you will find lush forests, where you will have the opportunity to see the giant redwoods that can be seen in various areas of California. In this regard, I remind you of the best things to see in Yosemite. You also find these impressive trees in the Sequoias National Park. Also, in Yosemite are also the main rocky granite mountains, the most famous being the El Capitan.

And if you decide to visit Yosemite in the spring, you will be able to enjoy large waterfalls. In summer, noticeably reduce their volume of water until they almost disappear.

Best things to see in Yosemite

The Yosemite National Park has several areas that are amenable to your visit.

The central area of Yosemite National Park is the so-called Yosemite Valley. It is located to the west of the park. After entering the park on Route 49, you will find a viewpoint from which you will enjoy the first panoramic views of the Yosemite Valley. 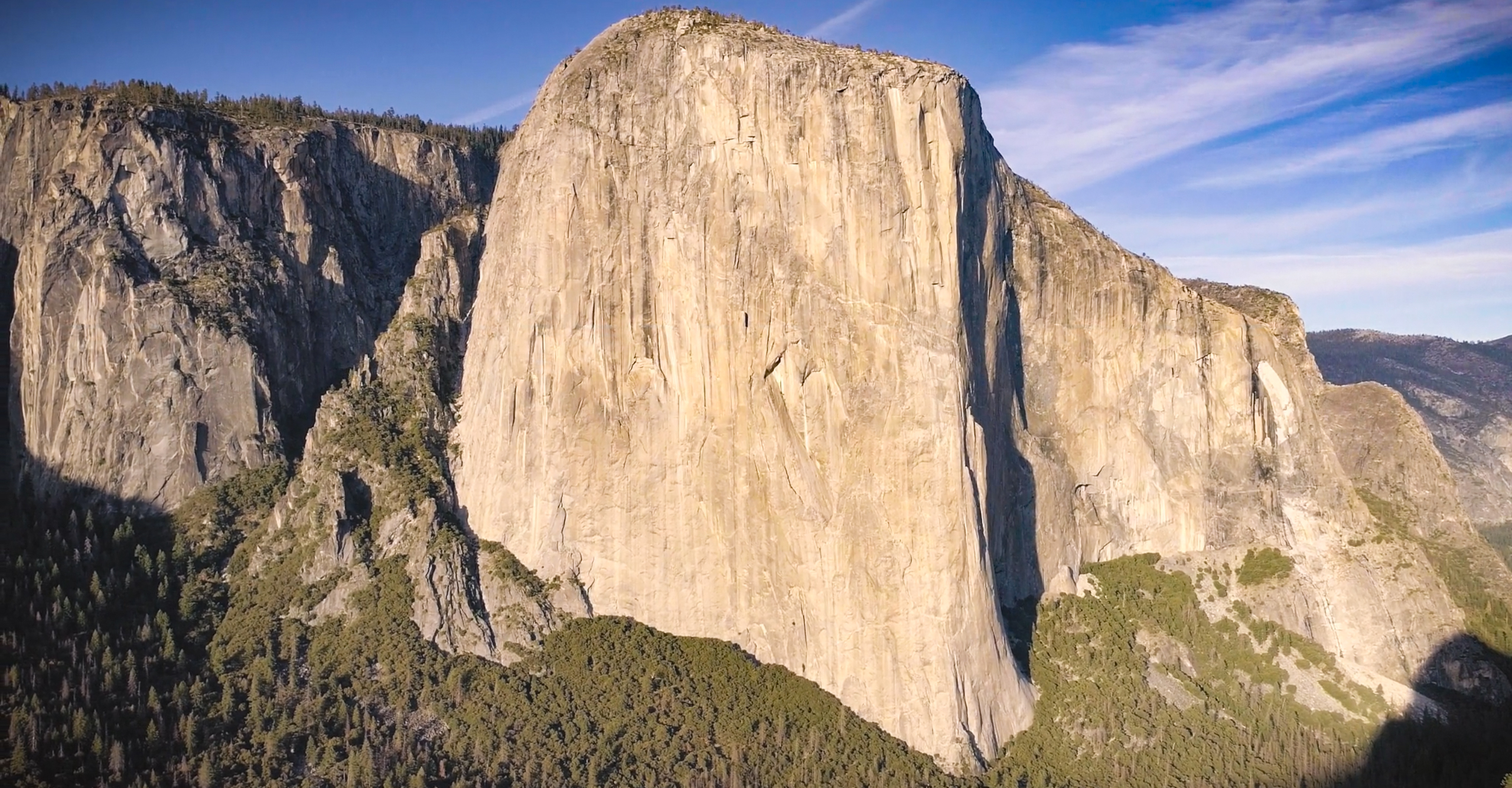 From this first viewpoint. In the distance, you will see the rocky promontory known as El Capitan. On your route to the center of the valley. The Visitor Center is located. You will have the chance to pass by El Capitan and verify the majesty of the 914 meters high rock. 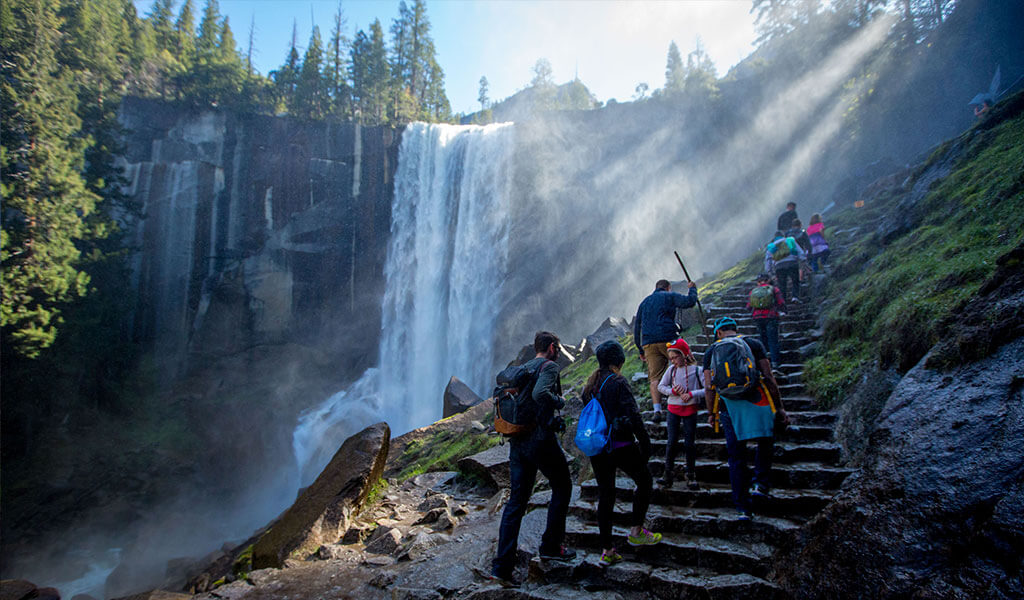 From the Visitor Center, in spring it is worth taking a path and approaching the Yosemite waterfalls, which in three different waterfalls complete height of 740 meters. Do not be surprised if you travel in August or in later months to find these waterfalls already dry. 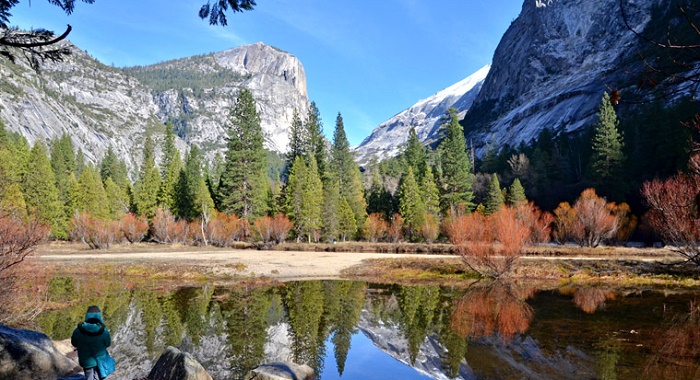 From the Visitor Center, you can also get close to the place known as Mirror Lake. It is a small lake that is the best place to see the Half Dome, the iconic rocky promontory of Yosemite. It rises 1,500 meters above the base of the Yosemite Valley. 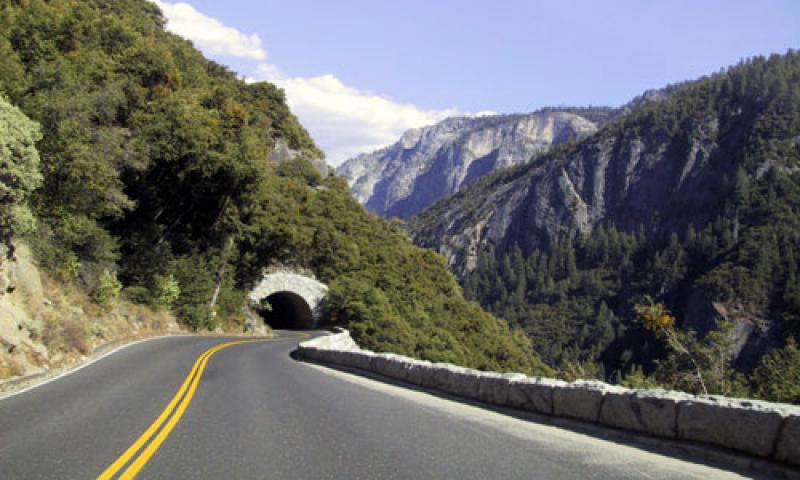 When you leave Yosemite Valley and head south on Route 41, on the way to Fresno, just at the exit of the valley you will find the Tunnel View viewpoint. It is possibly from this enclave where you have the best panoramic views of the Yosemite Valley. 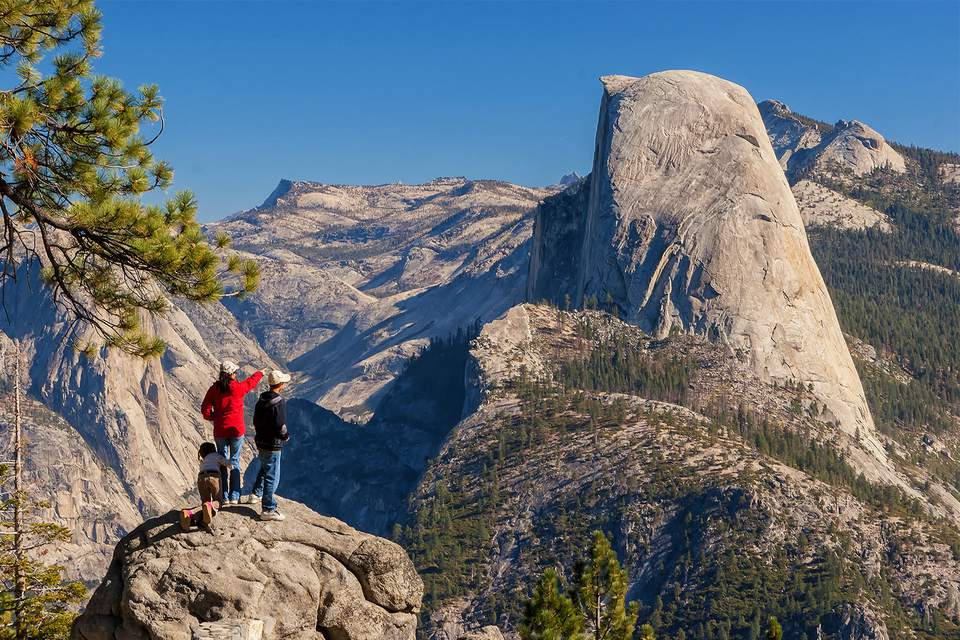 Shortly after leaving the valley, you can take the road that turns left to ascend the so-called Glacier Point. From this enclave, you will have beautiful panoramic views of the Yosemite Valley, including the rocky El Capitan and the Half Dome. From there you can also see the waterfall Nevada, whose most spectacular moment occurs in the month of May. 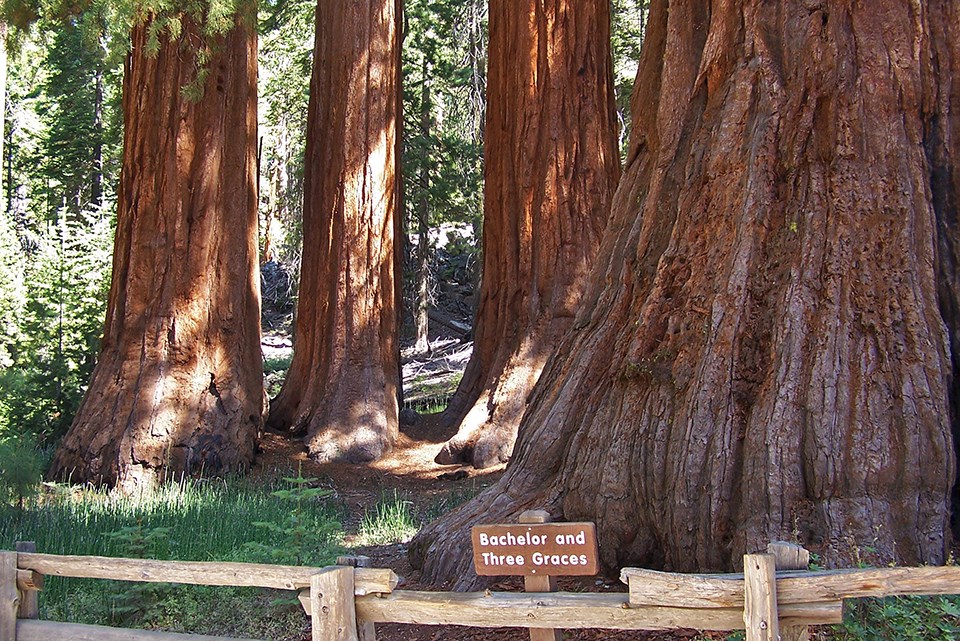 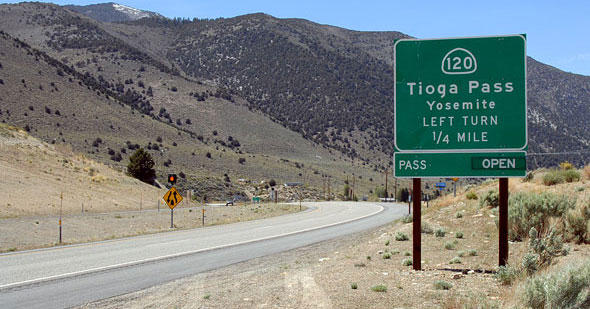 In the northern part of the Yosemite Valley is the road that crosses the entire national park high up in the mountains. This is Tioga Road, a route that, crossing the great meadow of Tuolumne Meadows, leads you through the mountains to the so-called Tioga Road Pass, whose highest areas reach 4,000 meters high. This route is only accessible from spring to autumn.

The ticket price to visit Yosemite (2019) is 35 dollars, and it includes access to a car with all its occupants, as many times as you want for seven consecutive days. If you go by motorcycle, the price is $30 per vehicle with its occupants, and if you go by bike … or walk, the price of admission is $20 per person.

Now, if you are visiting several national parks on your trip along the west coast of the United States, you can consider purchasing the Annual Pass. It is a tourist pass with annual validity for $80 for a vehicle and four passengers, which allows you to access the vast majority of the aforementioned parks.

How to get to Yosemite?

Yosemite is located east of San Francisco, inland California. In your car trip through California, you would normally get there from the city by route 49. If you come from Los Angeles, you must go to Fresno. Then take route 41 that will take you to the park.

Another option when planning the route to visit the Yosemite National Park is to consider it an intermediate stage in the trip between San Francisco and Las Vegas. This option can take you to cross the national park by the route called Tioga Road. Then take route 345 that leads you to the Death Valley National Park (Death Valley), and the road to Nevada.

This route through Tioga Road is only viable in spring and summer because during the winter, the high mountain road will be closed by snow.

things to see What to do what to see Yosemite
Share: