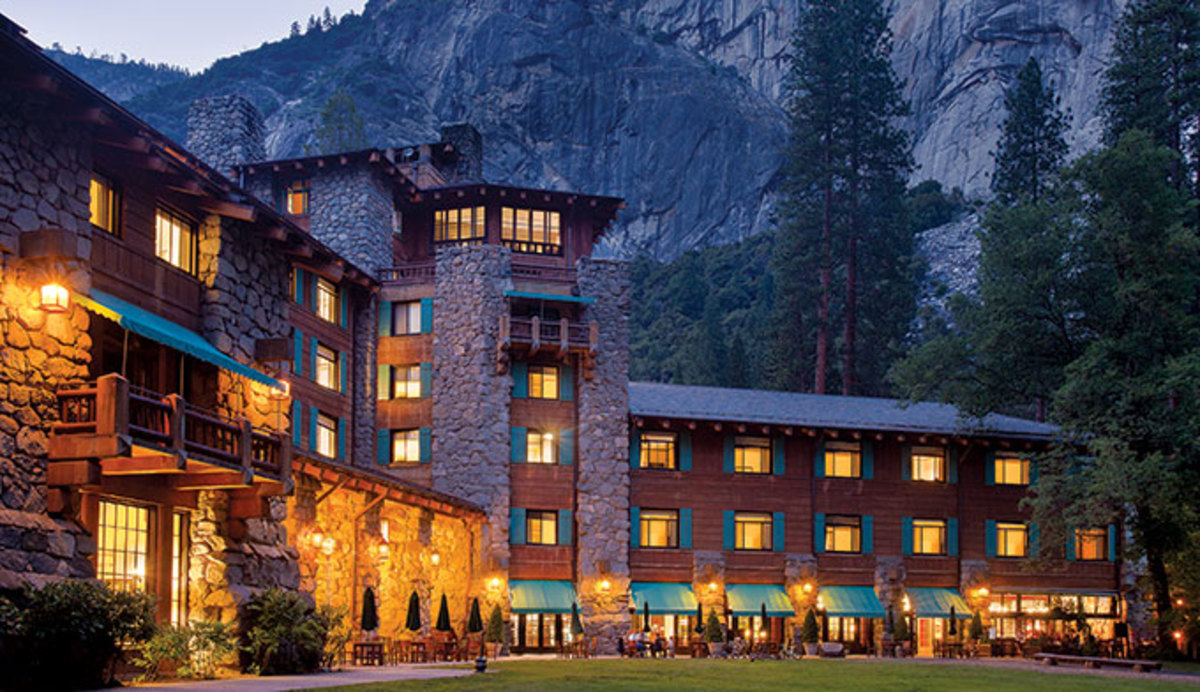 Cheap accommodation in Yosemite ( Inside and outside )

If you are one of those who prepare the trips at the last minute and you are looking for where to sleep in Yosemite, you have come to the best place. Here you will find cheap accommodation in Yosemite and outside, with historic towns that were the epicenter of the gold rush and that few people know about.

The first thing you should know is that Yosemite National Park is the most visited in the United States along with Yellowstone and the Grand Canyon of Colorado. They say it is the “jewel in the crown” of national parks. In the “Guide to visit Yosemite,” you have a lot of information with maps, trails to know where the best viewpoints of the park are located. Read also: Travel in Chitwan National Park Nepal 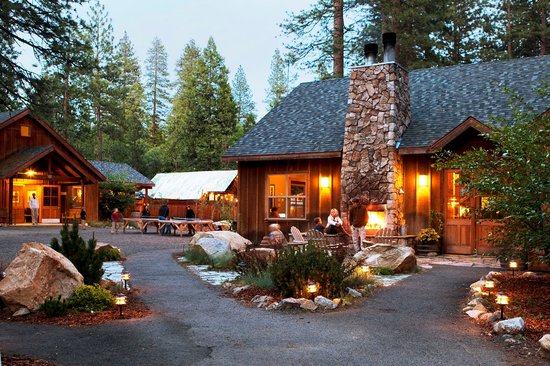 Yosemite is a protected portion of the mountain range that crosses the state of California from north to south. You can access Yosemite on both sides of the Sierra Nevada, on the slope «east» and «west».

Despite the 3,000 square kilometers that Yosemite has, 90% of those who visit this park focus on the valley that lies deep in the heart of the Sierra Nevada mountains, on the “west” slope of the saw.

You will have to take into account the mountain pass of Tioga Pass if you arrive in Yosemite from Las Vegas and your trip is between October 15 and May 15, which is when it is usually closed by an accumulation of snow, denying you entry through the “east” side. The opening and closing dates of Tioga Pass are not fixed.

There are 3 areas to look for where to sleep in Yosemite:

Where to sleep inside Yosemite Park

The best way we have to optimize the time to visit Yosemite is by sleeping within the park itself. Yosemite has a very varied range of accommodation with elegant Victorian-style hotels. Such as the Big Tree Lodge (formerly Wawona Hotel), log cabins or canvas tents.

In Yosemite Valley, we can find a special way to spend the night. The Half Dome Village, formerly known as the “Curry Village.” It has canvas huts with beds, electricity, and heating from $80 a night, depending on the date of your trip. Of course, you will have to share a bathroom. But you also have rustic wooden cabins with private bathrooms starting at $200.

In total there are 319 canvas huts and 56 wooden cabins with private bathrooms in the Half Dome Village. Nothing compared to the 4 million tourists that visit Yosemite a year. Therefore, finding accommodation within the Yosemite park, it may be a somewhat difficult task, having to book very early if you are traveling in spring or summer, which are the most requested dates. But if you were not proactive, do not worry, because the offer to sleep near Yosemite is very good.

Where to sleep near Yosemite National Park

Remember that since Yosemite Valley is located on the west slope. All the populations on the west side of the mountain are closer to the valley where almost all the attractions of Yosemite are concentrated.

Populations such as Oakhurst and Lee Vining are a little further away from the main valley than to have them for more than one night. Very well located if you choose them as an intermediate point of our routes to Los Angeles or Las Vegas.

On the west side of the mountain, there are populations such as Mariposa or Groveland. It has a special charm with an architecture of the Far West that will make your stay even more enriching than sleeping inside Yosemite. By night in any of these towns, you will have at hand a shop, a supermarket or gas station to organize your visit of the next day. See your situation on the map above. 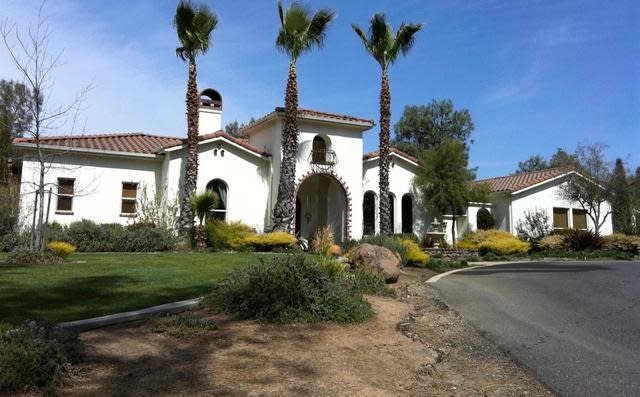 You also have historic towns to sleep near Yosemite, such as Jamestown, which was one of the places where the gold rush began in the summer of 1848. Taking a walk on Main Street in Jamestown is time travel, with wooden buildings dating back to of gold rush and historic restaurants like the Willow Steakhouse or Here’s the Scoop.

If you plan to arrive late to Yosemite from San Francisco, it would be a great idea to stay overnight at the Historic National Hotel in Jamestown. For just over $100 you will sleep in a place with a special charm, with a lot of flavor to Far West and only 1 hour from Yosemite.

But if you stay more than one night, it is better to sleep in towns such as El Portal or Mariposa, which are the closest to the west entrance of the park. You will not find your way back to your hotel very heavy after a day. hard day of hiking in Yosemite.

Here is a list of budget hotels in the town of Mariposa to sleep near Yosemite that may interest you, all with free cancellation:

I personally recommend sleeping in the town called El Portal, which is where I stayed when we visited Yosemite during my West Coast Trip. It is the only town if you can call it that, that is really only one step away from the park entrance.

Being able to camp in Yosemite and get involved in its nature is an experience that you will hardly forget. Many people are encouraged to camp in Yosemite. It is a perfect place to observe the star sky due to the lack of light pollution in the park. 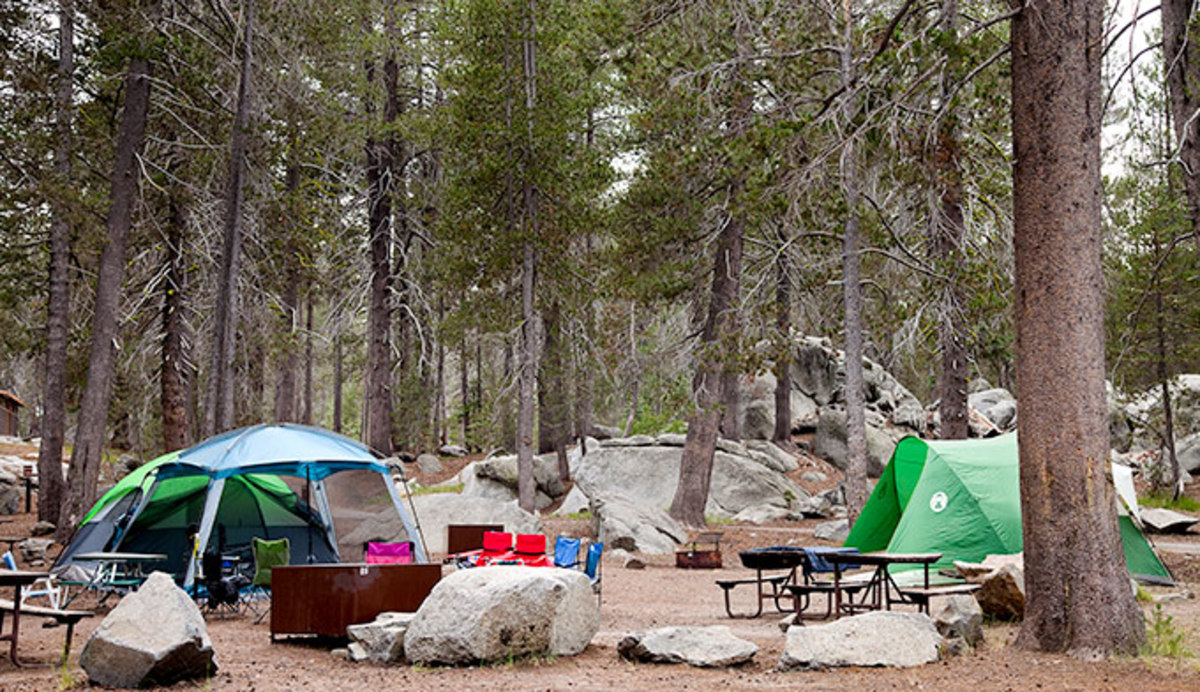 You have 13 campsites in Yosemite that give you the chance to sleep in the very heart of the park to start visiting before the cars and buses arrive. Do you know how much it costs to sleep in a Yosemite campsite? 26 dollars per vehicle. Bone by a group of 4 or 5 people. What comes to be $6 per head. Come on, a gift!

All campsites in Yosemite have an area with bathrooms, toilets and drinking water. Each camp / reserved space has a circular housing for the campfires, picnic table and food storage drawer. The measurements of this box can vary from one campsite to another. It has to store refrigerators, food, personal hygiene products and any product that we think can attract a bear.

The four campsites in the main Yosemite Valley are Lower Pines, Upper Pines, North Pines and Camp 4. The latter is the only camp in the valley that does not admit previous reservations, working only with the “First come, first served” system, that is, the first one that arrives keeps it. In summer, these camps are the most saturated, so if you travel to Yosemite at this time of the year, do not camp there, as tranquility is conspicuous by its absence. I only recommend it for proximity and price. However, the rest of the year, both in fall and spring, is undoubtedly the best option.

Camping outside of Yosemite Valley

If your trip is in summer and you seek tranquility, the best option for camping is the campsites that are outside the Yosemite Valley. Even so, you will still be in a privileged position to approach your visit to Yosemite and at a very good price. The Crane Flat Campground has a privileged position just 10 miles from the valley. It only opens from June to September. The Bridalveil Creek Campground is for me the best option in the entire park. Located on the route of Glacier Point, it has a fantastic location very close to Glacier Point, where you can end up seeing beautiful sunsets after a long day of hiking and have the camp one step away.

Then you have more options to camp outside the valley, but they are very far away and are more suitable for those who want to explore other areas of Yosemite. The further away from the valley, you will find much more tranquility. But do not go with the tranquility, that the bustle is often a good ally to scare away the curiosity of any bear. A friend not recommended and we have to keep in mind that he lives in Yosemite.

You can make your reservations in the following way:

Note: Both for your website and making the reservation by phone, you can only make two reservations. To make more reservations, you will have to do the procedure again.