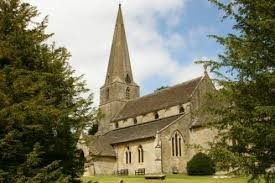 Gloucestershire is a county that is known for its beautiful countryside scenery – from walks in the Cotswolds looking out from the Cotswold Hills and over the area of outstanding natural beauty, to the Forest of Dean full of all the magic and wonder that you would expect from an ancient woodland.

One of the most popular places to live in Gloucestershire if you are looking for a rural retreat is the Stroud district – full of charm and pretty villages, as well as plenty of beautiful countryside to explore, it is the setting of the famous book Cider with Rosie by Laurie Lee and it is easy to see why Stroud is such a popular choice – just ask Stonehouse estate agents TG Residential!

Stroud is also a place that has a lot of history, and there are many local stories that feature ghosts, ghouls and things that go bump in the night – if you are on the look out for some of Stroud’s resident ghosts, here are a few places that you are more likely to find them…

Woodchester Mansion – The building of this mansion in Stonehouse started in 1857, and was not finished, coming to a halt in 1860, with unfinished plastering and missing windows which visitors will be able to see to this say as it remains unfinished. It is not definitely clear what it was that stopped the workers from finishing the mansion, some reports say an argument, others even say it was a murder. There are many reports of spooky sightings at the mansion – from a short man who stands in one of the doorways to a strange and strong smell of candles where there have been none lit, and also the voice of a lady singing.

The Ragged Cot – This beautiful countryside inn set in the picturesque Minchinhampton is popular with visitors in all seasons, and the food always goes down well! However it is also 300 years old and many visitors to the inn have reported spooky events. It was the scene of a brutal murder of the landlords wife and child in the 18th Century and many have reported seeing the lady appear. Paranormal societies have investigated at the inn and reported a child’s voice in there too.

Bisley Church – This old church dates back to the 13th Century and its spire is a local landmark. It is said to be haunted by a former priest of the church who one night fell into the dark well outside the church whilst on his way to visit a dying person who lived in the parish. A stone is now above the well in remembrance and from this night there was a cover placed over the well.

Owlpen Manor – This beautiful manor house in the village of Uley was built in Tudor times, and is now a popular place for weddings and parties. It is said to be haunted by the Queen Margaret, the wife of King Henry VI who lost the war of the roses. They were staying in the manor when the news reached her that her son had been killed in battle and it is said that her aggrieved ghost still haunts the manor to this day lamenting his death.