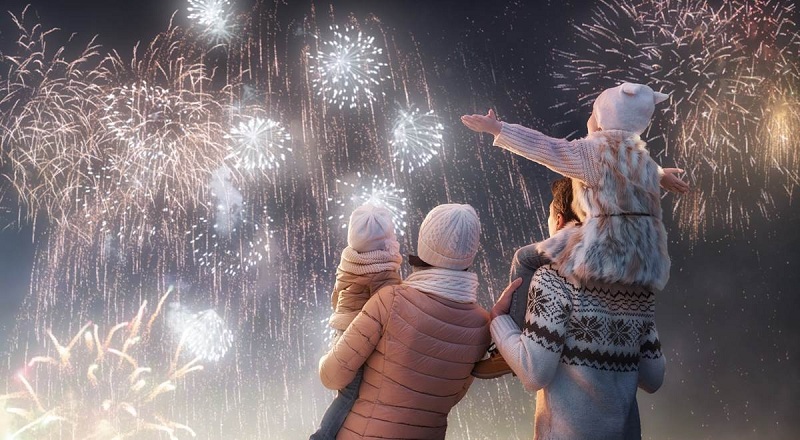 New Year’s holidays this year begin on December 30th and end on January 8th. On the one hand, it is a great opportunity to go on a weekly trip and celebrate the New Year in a new, interesting place. Only here the prices of tickets and hotels at this time are jumping up, but you want to relax and not leave your friends without gifts.

Today we have compiled for you a selection of 10 options for trips to the New Year’s holidays, which will not hit hard. 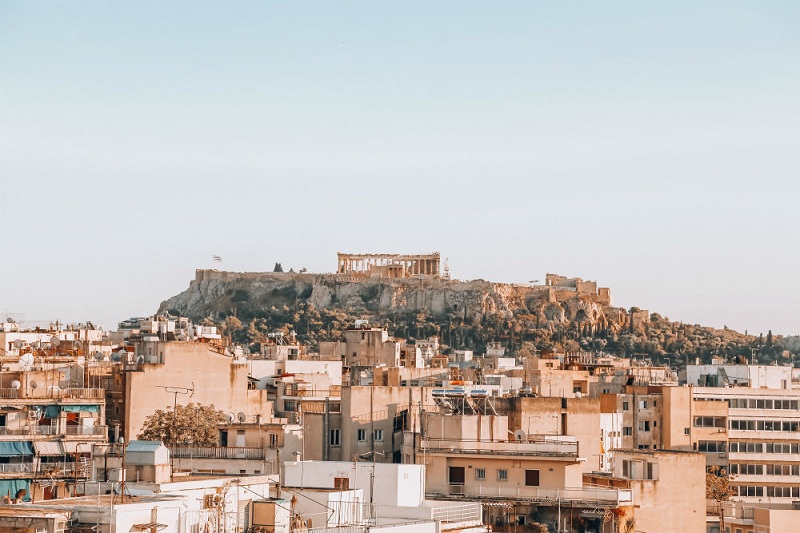 January in Greece is considered a low season, on the islands at this time it is really boring, but in the capital, for the New Year, they organize noisy festivities. Residents and guests of the city gather on the main square, where a large Christmas tree is set, and together they lead a huge round dance in the rhythm of the traditional Sirtaki dance. Another interesting local tradition that you can join in the center of Athens is to break a juicy pomegranate against a wall before midnight, which is believed to bring happiness in the coming year. At night, you will need to dress warmly, the air temperature drops to 6-8 ° C, but in the afternoon it is warm — 14-17 ° C, and in the sun it can even be 22 ° C.

By the New Year, an already beautiful and cozy Poland is dressed in a festive attire – the ancient houses of cities are lit with colorful lights and glitters, Santa Clauses walk the streets, and people do not smile. Wroclaw is one of the oldest cities in Poland, with memorable architecture and beautiful bridges across numerous canals. The city is considered a student, there are a lot of young people and relevant entertainment: active nightlife, bars, and discos. On New Year’s holidays, they are having fun from the heart, make wishes and immediately fulfill them. 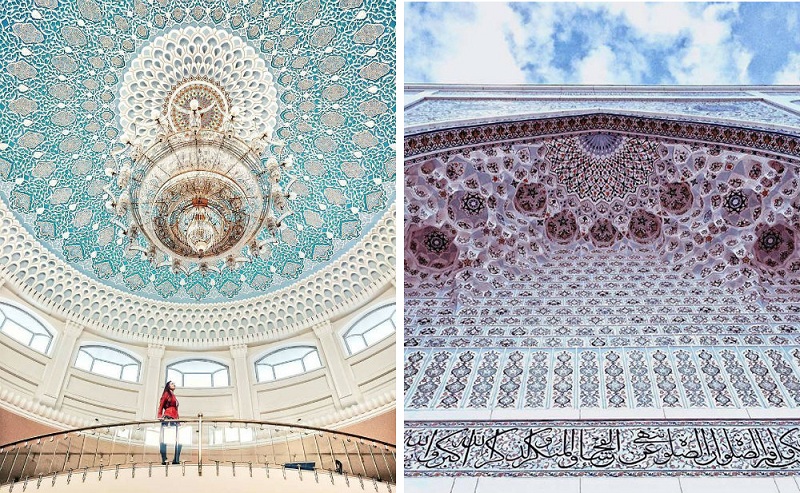 The only place in Uzbekistan where real New Year festivities are organized in Tashkent. There is usually no snow in the city itself, but the mountains on the horizon are dressed up in white hats. The streets are decorated with festoons, and a festive fair is organized on the central square of Mustakillik, selling bright masks, Christmas tree decorations, and other memorable souvenirs. A couple of hours before midnight, the show begin with the dances of the peoples of the world. In Uzbekistan, there is a New Year’s tradition – in order for a wish to come true, you must eat one grape for each chiming clock. 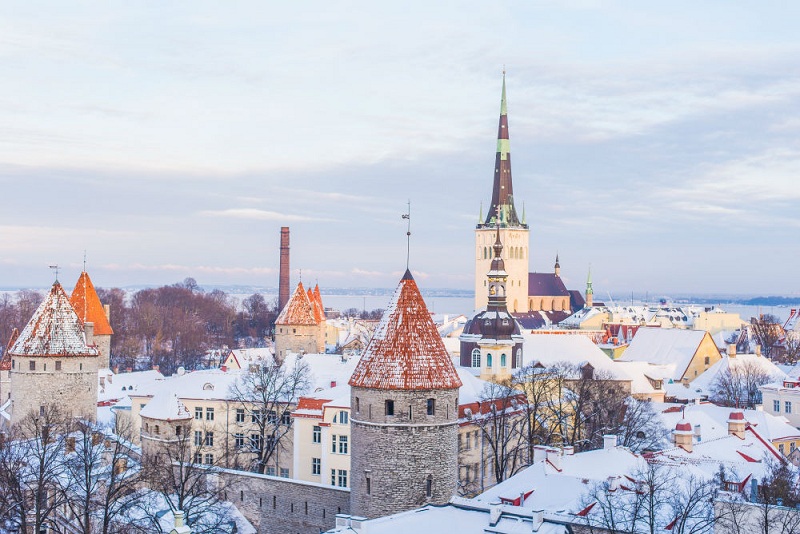 Holiday holidays in Tallinn – this is a real European New Year’s fairy tale at a reasonable price. Yes, the city is not as brightly decorated as Paris or London, but its architecture itself creates a magical mood. The houses of the old town are wrapped up with a cozy light of lanterns, on the snow-covered tiled roofs blackened pipes from which silver smoke flows, and the streets are saturated with the smell of pine needles, cinnamon, and marzipan. Tallinn hosts one of the largest Christmas markets in Europe, and in the center of the Town Hall Square they set up a huge shining Christmas tree. 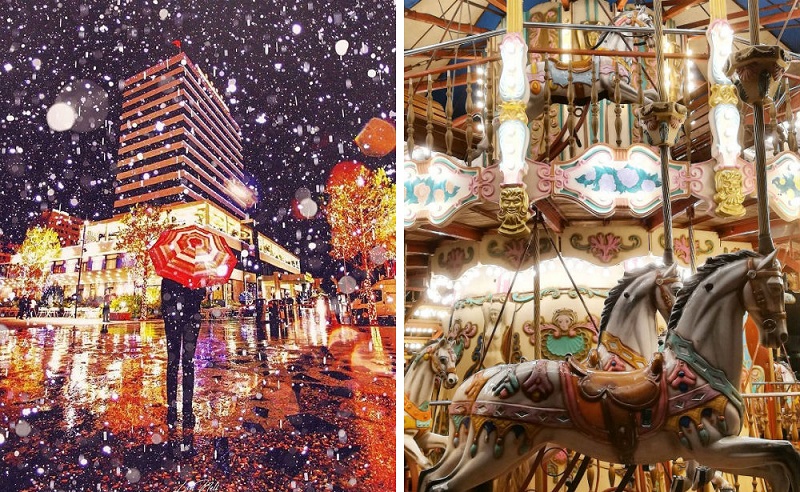 The country at the junction of the Adriatic and Ionian Seas is surrounded by many conjectures and myths. Yes, it is not the most modern, but its inhabitants are kind and hospitable, but nature is like in the picture. Tirana, the capital of Albania, is surrounded by picturesque mountains, and only 40 kilometers from the sea, which provides a mild climate in the city. In January, it is quite warm, about + 10 ° C, and sunny twice as often as overcast. By the New Year, a large Christmas tree is set up in the central square, which contrasts amusingly with the greenness of the parks. In general, the sights of Tirana are not so diverse, but the nightlife is very confusing, and those who love outdoor recreation can enjoy the special atmosphere on the shores of the winter sea. 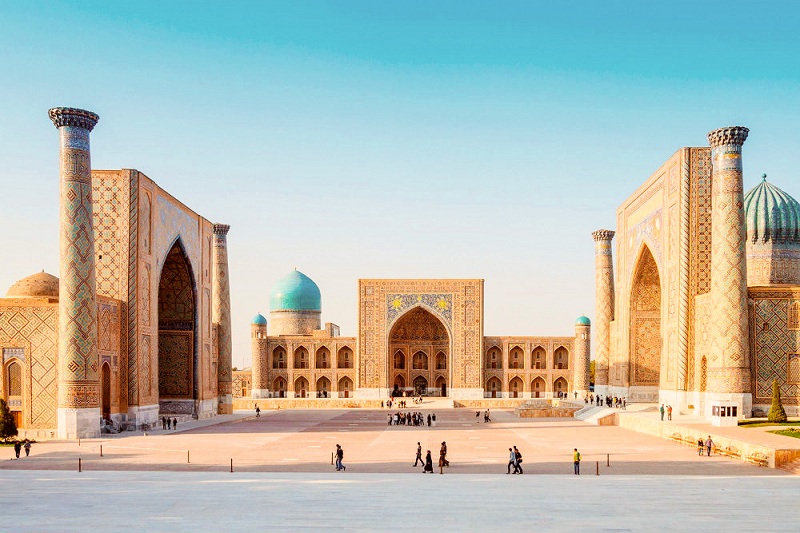 One of the oldest cities in Central Asia, the pearl of the Silk Road, a city with the beautiful name of Samarkand – is not the most popular tourist destination: few people decide to go to celebrate the new year in Uzbekistan. The air temperature here, though not high, is about + 5 ° C, but there are many sunny days that are pleasant to spend walking around the city: walk around the perimeter of one of the most beautiful squares in the world – Registan and consider the unique patterns of colored glaze that covers the arches palaces and madrasas. And the New Year itself can be celebrated comfortably and at home at a generous table with traditional, very tasty Uzbek manti.

Czechs know how and love to have fun, so they start celebrating from the beginning of December! Traditional Christmas holidays include St. Nicholas Day on December 6, then a week later, St. Lucia’s Day, and then Christmas and the New Year itself. The city is brightly decorated with garlands, a fair opens on the Old Town Square, but the main magic is that it always snows on New Year’s Eve in Prague! On the main square under the chimes of the bells, fireworks are launched and champagne is drunk, and then they rush to the Charles Bridge to make a wish. 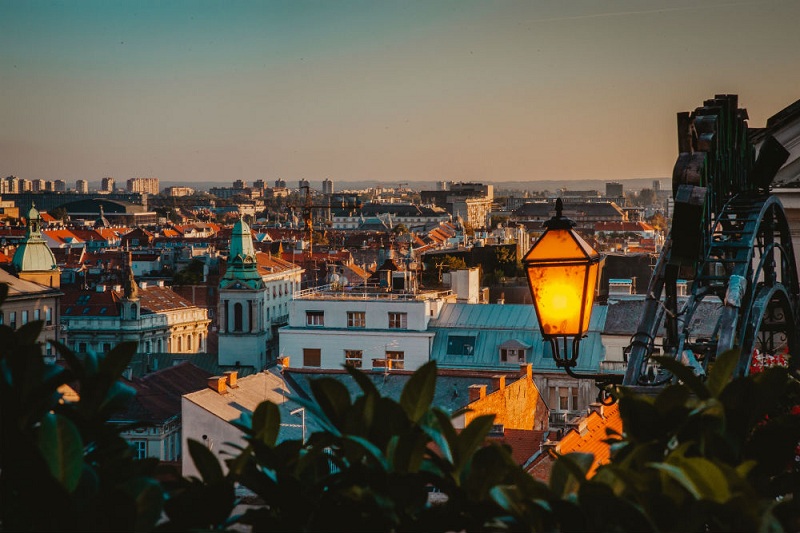 Located in the south of Europe, the capital of Croatia cannot boast of abundant snow, but it adorns the streets for the holiday with all my heart. Both Christmas and New Year are celebrated on a grand scale here, so the city shines with lights from mid-December until mid-January. In the morning on the eve of the holiday, local residents go to church, and in the evening they go out for street parties with firecrackers and fireworks. Midnight is the most fun to meet on the main streets or on the square of Josip Jelacic. The remaining days of the holidays can be devoted to walks in the old town and in the beautiful parks of Zagreb, during the day in January, usually comfortable + 5 ° С. 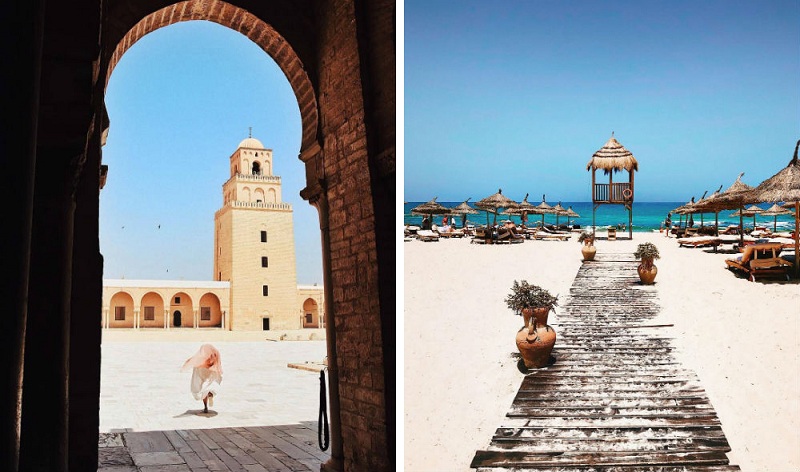 Meet the New Year’s holidays festivities, but in a sunny warm place in Tunisia. In January, the water here is already cool for swimming, but it is sunny on the coast, and the air temperature is above 20 ° C. In large cities and especially in the capital, a holiday is celebrated on a grand scale: streets are decorated like in Europe, dances are arranged on the main squares, and fireworks are launched at midnight. 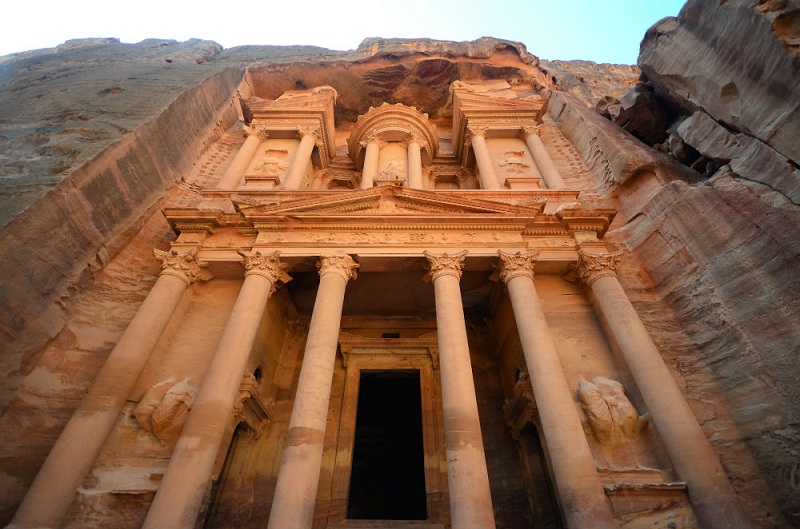 If you want to bask in the sun on New Year’s holidays, but so as not to fly too far, Jordan is a great option. On the Dead Sea, the season lasts all year round, because it is located in a valley that, coupled with salt fumes, creates a greenhouse effect. The temperature of the Red Sea also does not fall below + 21 ° C. Although Jordan is a Muslim country, a holiday is held on January 1 in the capital, the city of Amman: large hotels and restaurants set tables, turn up the music and make fireworks. The calm after the holiday can be devoted to trips to historical sites and attractions.