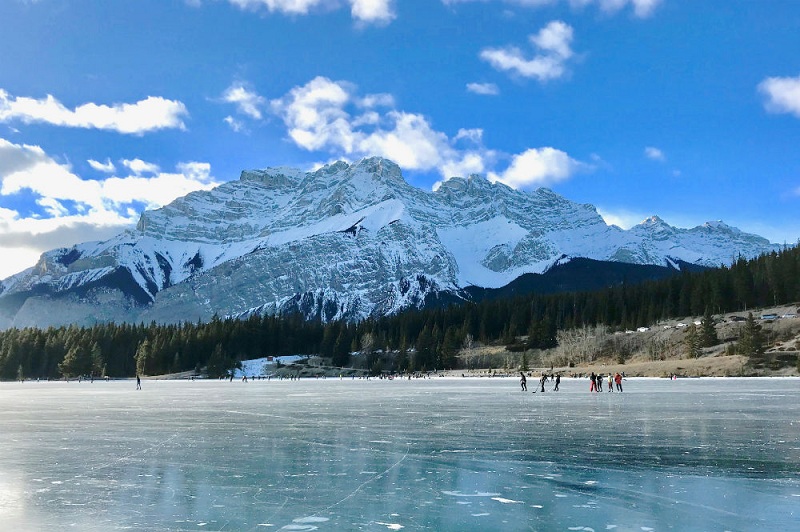 10 Most Beautiful Ice Rinks In The World

For those who are tired of riding around and looking for new sensations, We offer an overview of the most beautiful ice rinks in the World. You are waiting for the ice areas in the mountains and on the roof of the house, skating rinks in the coldest cities and in the warmest, the most comfortable and most spacious.

Winter is the time to skate, warming in breaks with hot cocoa or mulled wine. Better yet, do it in the courtyard of an old English castle or at the foot of a snow-covered mountain.

We have compiled a list of the ten most beautiful ice rinks around the world worth visiting this winter. 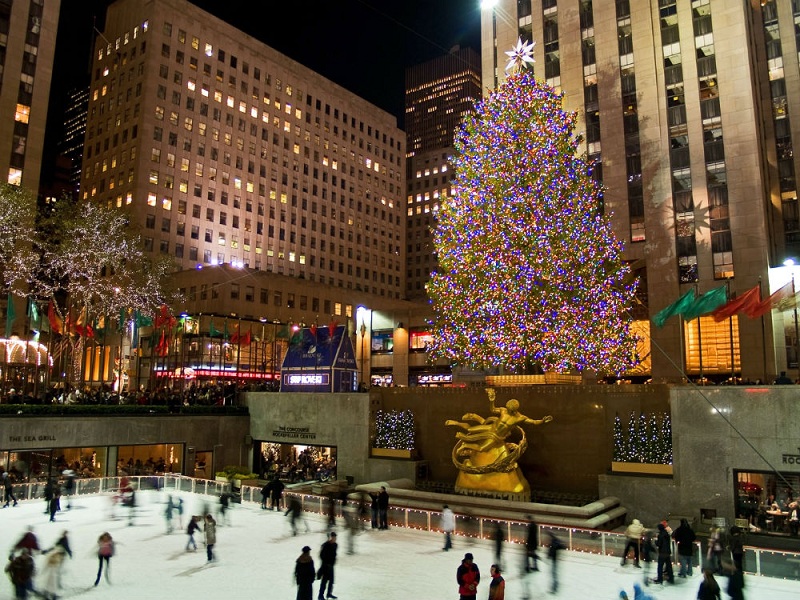 This skating rink with skyscrapers towering above it is known to many by cult Hollywood films like Home Alone 2, Sleepless in Seattle, Elf, and many others. Since the rink accommodates no more than 150 people, the atmosphere there is quite cozy – but the entrance queues are impressive. He works from October to April. 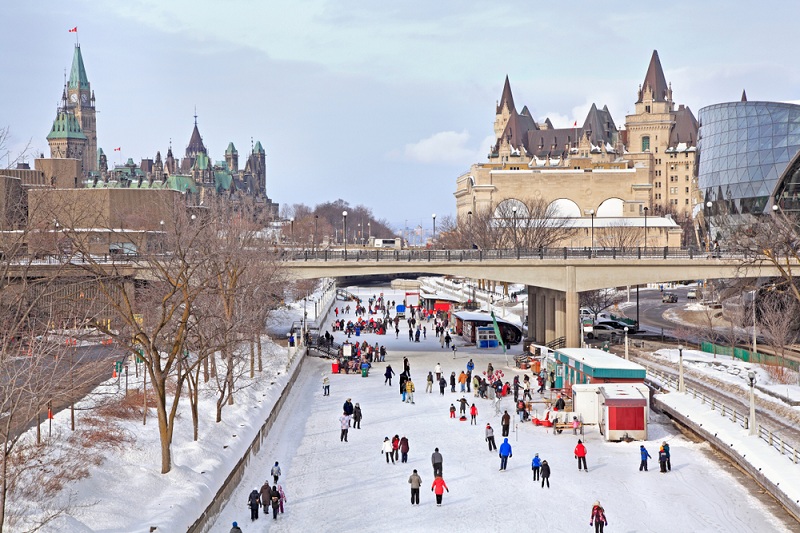 In winter, the Rideau Canal freezes and turns into a skating rink with a length of almost eight kilometers. The channel is under the protection of UNESCO, and the rink is listed in the Guinness Book of Records as the largest ice rink in the world under the open sky. On the frozen ice, you can drive through almost the entire center of Ottawa past the Canadian Parliament and the impressive building of the Chateau-Laurier hotel. Usually, the rink is open from mid-January to mid-February, but in fairly cold weather it is open until March. 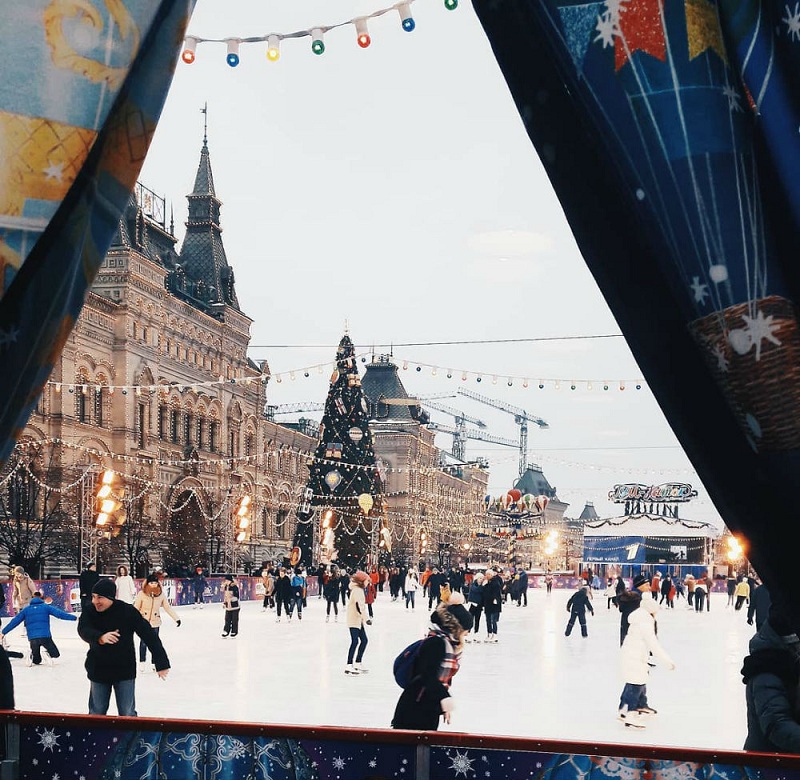 A large rink at GUM with a view of the Kremlin and St. Basil’s Cathedral occupies a quarter of the Red Square and accommodates 450 people at a time. In addition to ice skating, you can attend master classes of famous figure skaters and hockey players. In 2018, the rink will work until February 28. Keep reading Seven things that you should not put in your suitcase if you travel to … 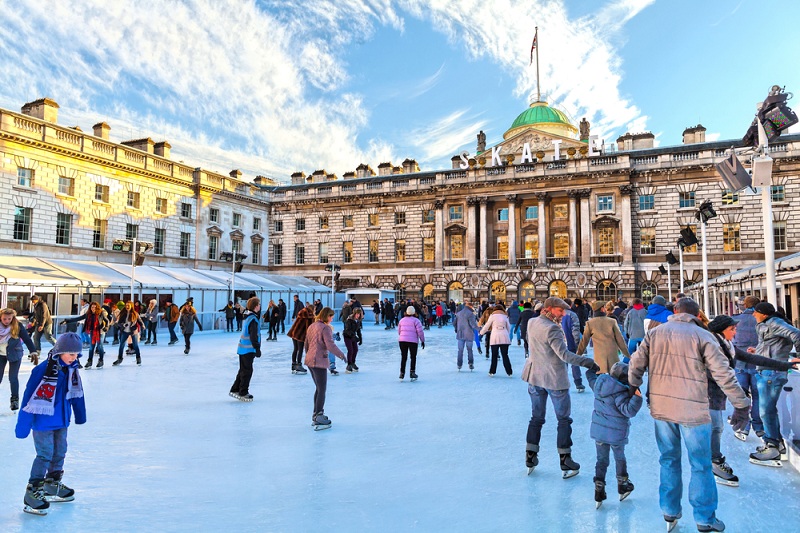 In London, you can drink champagne and eat chocolate while skating in the courtyard of a magnificent 18th-century building. In the evening, the skating rink includes special lighting, and at night it turns into a lively dance floor with DJs, parties, and festivals. The rink is open from November to January. 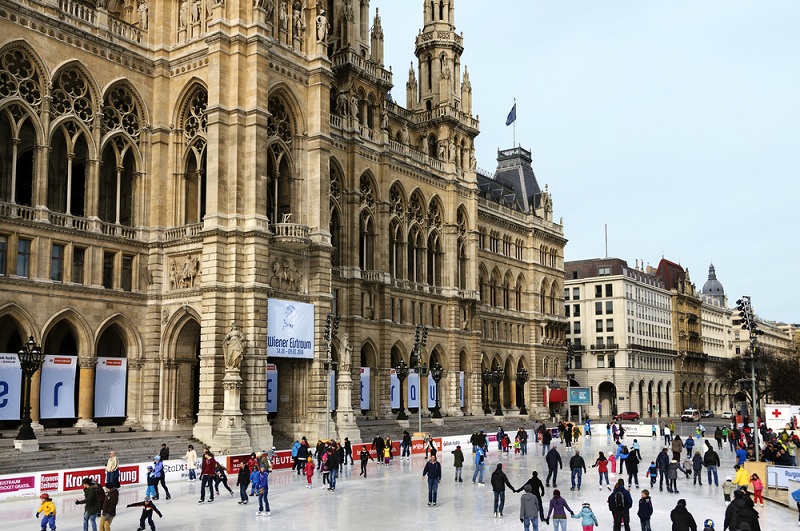 In fact, this is not one, but two skating rinks with a total area of 6000 square meters, interconnected by small paths. There is a skating rink right in front of the Vienna City Hall, and around it are many kiosks with Austrian dishes and hot drinks. The season lasts from November 17 to March 3. 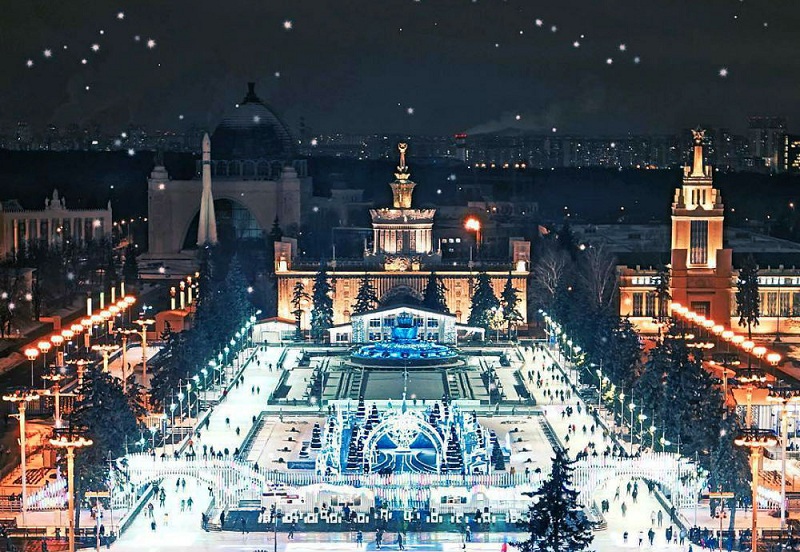 The main rink of the country as it is also called; the organizers have 5 entrance pavilions, two of which have rental centers for skates and related equipment. For those who still do not know how to ride or want to learn how to ride better, 10 instructors work at the rink.

Every Friday from 6 pm to 8 pm a discotheque is held at the skating rink, where invited professional dancers to teach everyone to various dance styles. 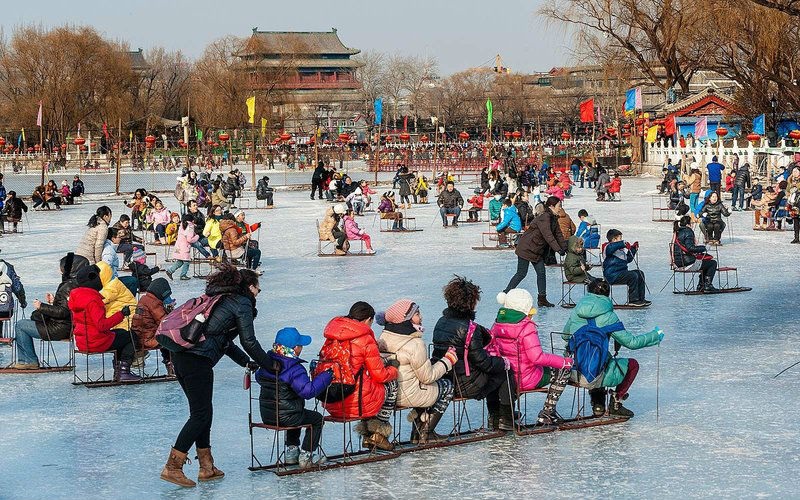 7. A skating rink on a lake in the Shichahai area, Beijing, China

The Shichahai district, popular among tourists, includes three lakes, which in the cold season turn into a large ice rink surrounded by historic architecture and ancient monuments. Here you can skate not only on skates but also on special bicycles for movement on the ice. For those who are hungry or cold, there are shops with food and hot drinks on the beach. The running time of the roller depends on weather conditions. 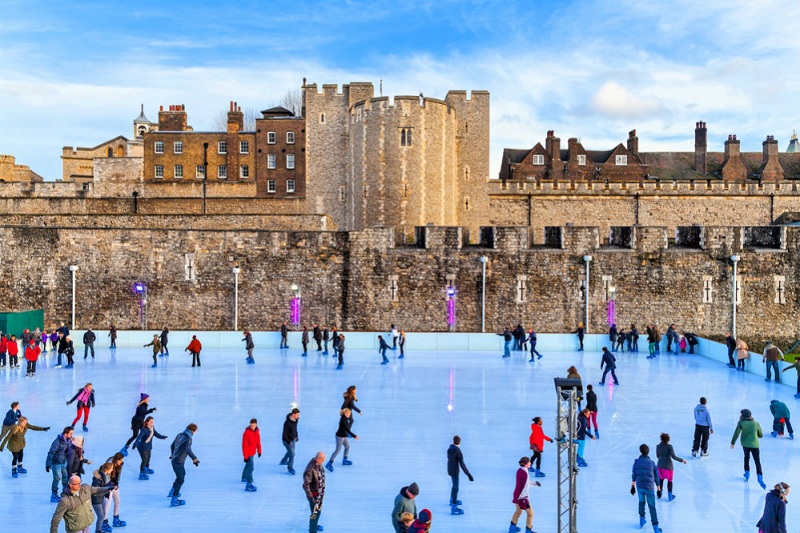 Another skating rink in London is located right at the base of the millennial fortress overlooking the River Thames. Hot chocolate mulled wine, rum punch and homemade food are sold nearby. Hike to the rink can be combined with a visit to the castle – however, you will have to pay for the ticket separately. In warm weather, the skating rink may not work, so before visiting you are advised to look at the skating rink website. 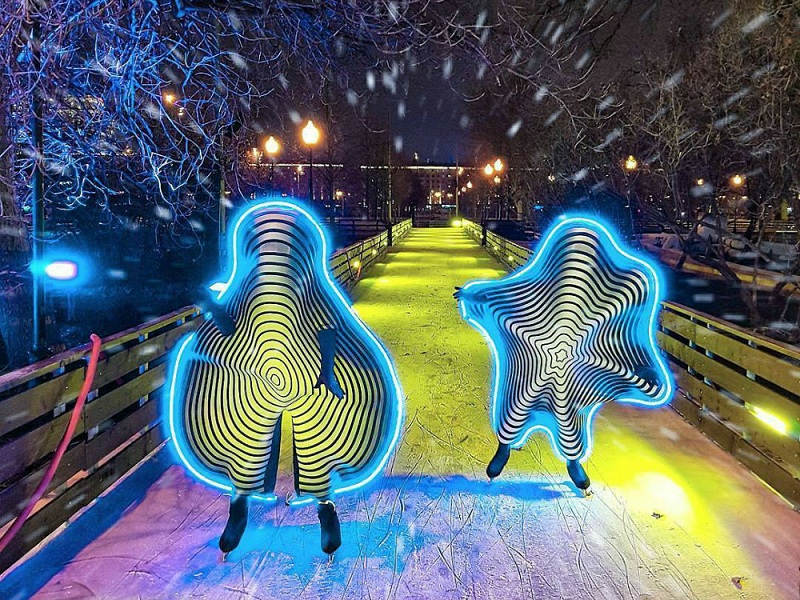 In winter, the alleys and paths of Moscow Gorky Park are flooded with water, turning it into something like an ice maze. This year, in the design using light installations and optical illuwheres – where you can drive through the light tunnels and look at the huge cube made of 15 kilometers of LED tape. The rink has a dance floor, ice hockey rink, figure skating school and a special area for children. 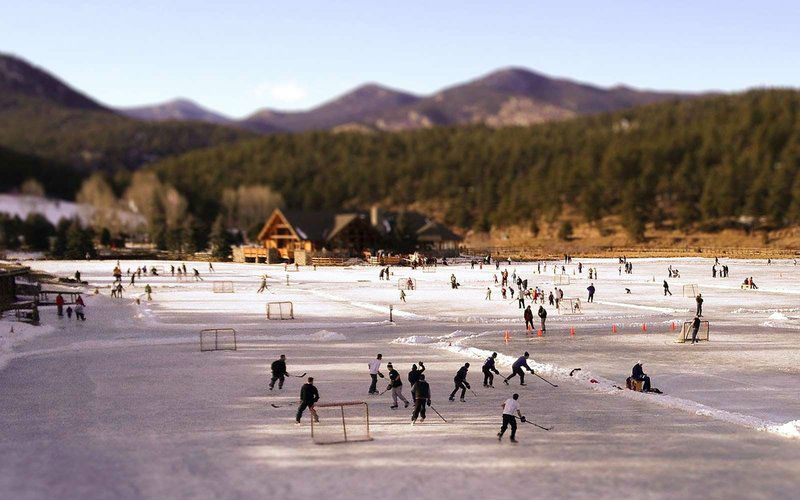 On the lake at the foot of the picturesque mountain Evergreen with snow-covered pines there are 11 hockey rinks and a huge ice-skating area. Nearby is Evergreen Lake House, where frozen visitors can warm themselves by the giant fireplace and order hot chocolate. The season lasts from mid-December to early March.