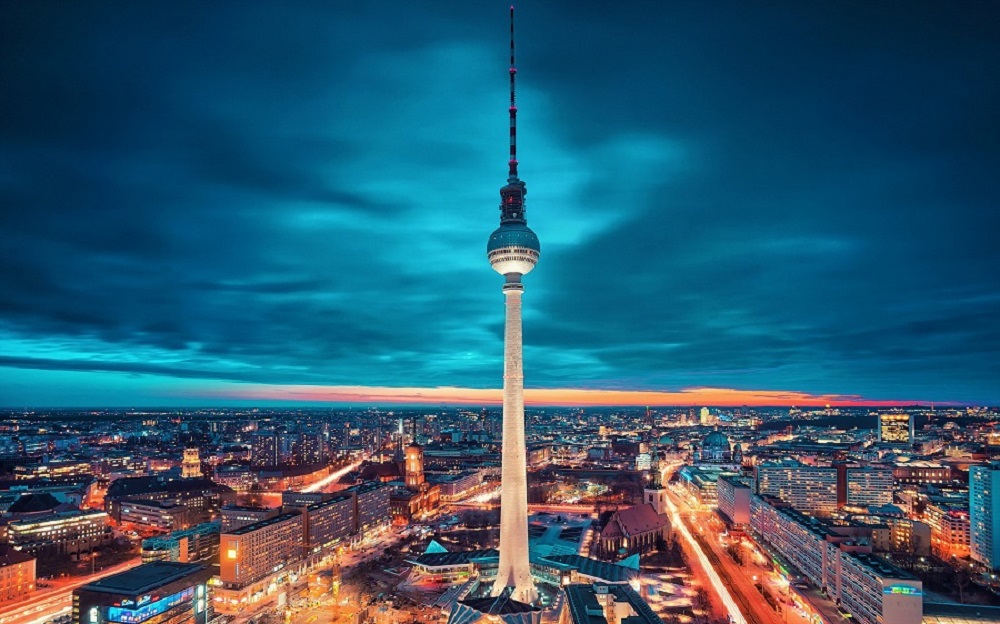 The 17 Best Things to Do and See Visit in Berlin

In this article, we prepare to discover 17 best things to do and see visit in Berlin. Berlin is a very attractive city due to its historical richness accompanied by museums, cathedrals, and monuments, which invite thousands of tourists every year to visit it.

The beauty of “The City of Freedom” is seductive; its modernity, fascinating; your lifestyle … incomparable.

Let yourself be seduced by this metropolis that still retains part of the “Wall of shame”, “The Berlin Wall”, in this our TOP 17 of the best things to do and see visit in Berlin the capital of Germany. 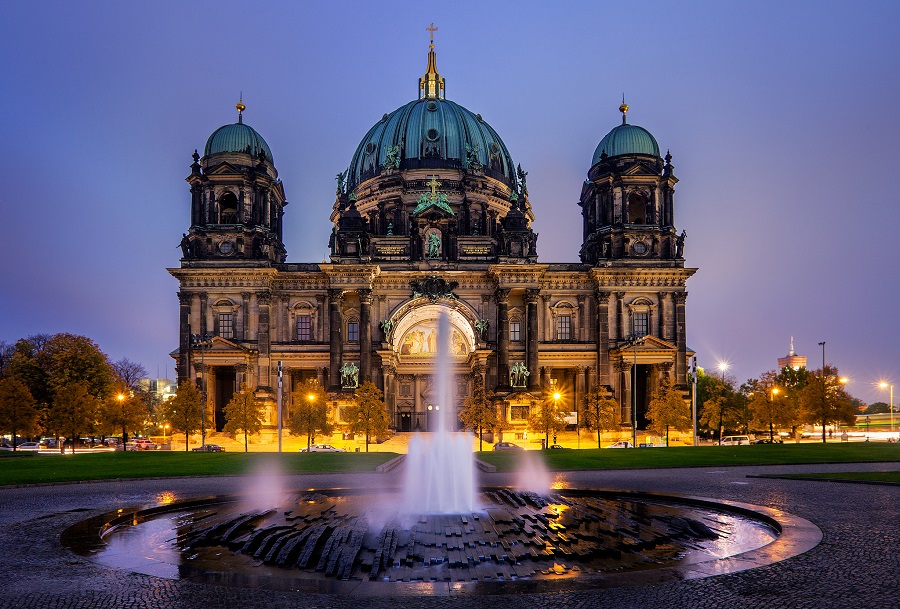 Crowned with a visible dome from far away stands the Berlin Cathedral, imposing religious building of greater importance in the city.

Built between 1894 and 1905 very close to the River Spree and in front of the Imperial Palace, it offers a pleasant artistic, historical and architectural experience, which adds to its impressive view from the dome.

Visits are suspended during religious acts and services.

The seat of the German Government of invaluable historical wealth. As almost the entire city suffered damage during World War II, it was rebuilt after the fall of the Berlin Wall.

It has one of the most impressive glass domes in the world from where you have a spectacular view of the city.

Despite being a political square, not everything that surrounds this historical building, which is also a witness to contemporary German history, is seriousness and formality, since you can ride your bicycle around, take photographs or sit down to eat quietly.

Buy here your ticket to enter and have a guided tour, listen to a parliamentary session and to go up to the roof and the dome.

3. Visit in Berlin the Museum Island 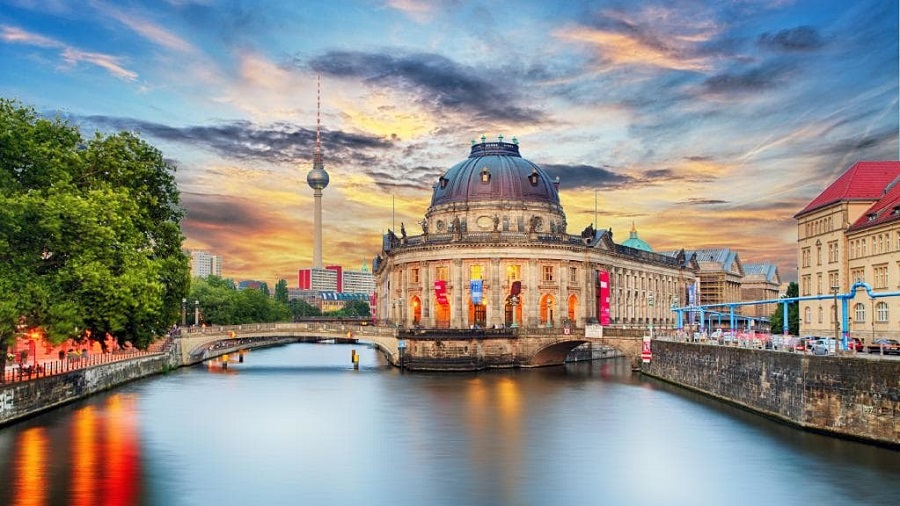 The Island of Museums gathers the 5 most important museums of the capital: the Pergamon Museum, the Bode Museum, the New Museum, the Old National Gallery and the Old Museum. Among all the collections there are 6 thousand years of culture and art history.

The island was recognized by Unesco as a Historical Heritage of Humanity.

4. Go up to the Television Tower

Its 368 meters make it the tallest tower in Berlin, a feature that by itself makes this infrastructure a tourist attraction of the city.

“The Eiffel Tower of Berlin,” as it is also known, receives 1.2 million visitors each year, men and women who observe every point of the metropolis at a 360-degree angle.

You will find this telecommunications tower on Alexanderplatz square, in the center of old East Berlin. If you like something funny tour. We recommend you to the 13 best world balloon festival you have to attend.

5. Get to know the Holocaust Museum

An architectural jewel of more than 2 thousand 700 concrete blocks in memory of the more than 15 million Jews murdered in Europe, by Nazi Germany. It is a memory of what is claimed to be the cruelest episode of humanity.

The museum of 19 thousand square meters near the Brandenburg Gate is designed to cause feelings of restlessness and confusion.

6. We see you at the Brandenburg Gate 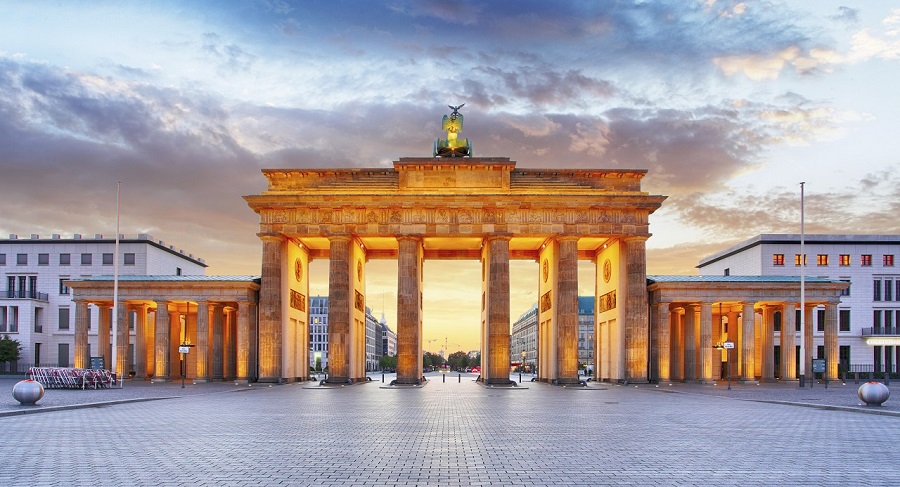 More than the number one reference point in the city, the Brandenburg Gate is a symbol of reunification.

This work, built between 1788 and 1791 in a neoclassical style, which is 26 meters high and 65 meters long, supported by 6 Doric-style columns, has witnessed decisive events in the history of Berlin since it celebrated the fall of the Berlin Wall in 1989 and the new year is celebrated.

The door is “guarded” by the Goddess of Peace Irene mounted on a cart pulled by 4 horses. There is also a beauty of work. Next to the door is the Place de Paris with the historic Hotel Adlon and the Academy of Arts.

On the outskirts of the city 20 minutes from Berlin, you will find the beautiful Charlottenburg Palace, built around the year 1700 by Frederick III for his venerated wife, Sophie-Charlotte.

Besides being the biggest in Berlin, it is the most famous gardens in the city. It would be foolish to be in the German capital and not visit it.

8. Visit in Berlin the Museum of the Jews

Design by the American architect of Jewish-Polish origin, Daniel Libeskind, which represents one of the most imposing structures in Berlin. In the distance, you can see a star of David shattered.

Its exhibition rooms detail Jewish history and its Garden of Exile contains the feeling of isolation and confusion, like the one lived by the exiles during Nazi Germany.

9. Get to know the Kaiser Wilhelm Memorial Church

Evangelical Lutheran Church built more than a hundred years ago in a neo-Romanesque style, which also suffered the ravages of the Second World War.

It is rather a monument with what remained of the church that recalls the madness and folly of war.

Inside you will find an exhibition with photos of the Second World War where the church is destroyed by the bombs of the allies.

10. Admire the Murals of East Side Gallerie 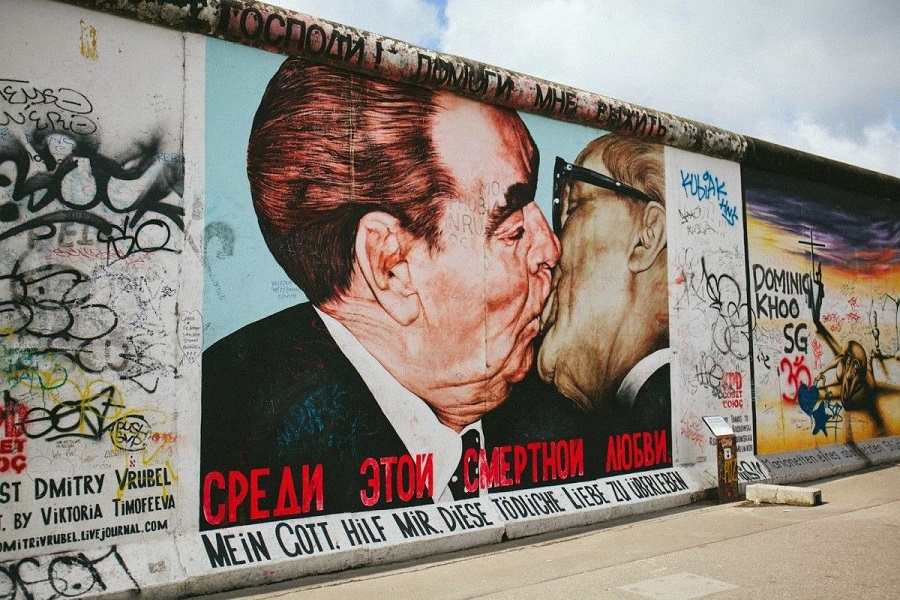 The largest outdoor gallery in the world created on a stretch of what was the iconic Berlin Wall, whose fall meant the end to the Cold War.

It is very close to the city center along the banks of the River Spree, with an extension of 1.3 kilometers.

The colorful gallery represents a tribute to freedom confirmed by 103 murals painted by artists from all over the world, with messages of a political nature, of love and hope.

It has a monument to the victims of the division, the Chapel of Reconciliation and a documentation center.

Don’t miss it when you visit in Berlin. More than a park to admire animals and enjoy a pleasant day out. The Berlin Zoo is a sanctuary that cares for threatened or endangered species.

This zoo is the largest in Germany and the most visited in Europe, with more than 2.6 million visits per year.

More than 3 thousand 100 of their animals died during the Second World War, a population that currently rose to 15 thousand and a little over 1400 species. It opened in August of 1844.

The Tiergarten Park is like touring London’s Hyde Park or Central Park in New York. It is beautiful, captivating, peaceful and the largest in Berlin with 210 hectares.

It is surrounded by the most emblematic works of the city such as the Brandenburg Gate. The German Parliament or the Bellevue Palace.

The also known as “Animal Garden” is a valuable natural lung of the German capital, home to one of the most famous electronic music festivals in Europe: the “Love Parade”. 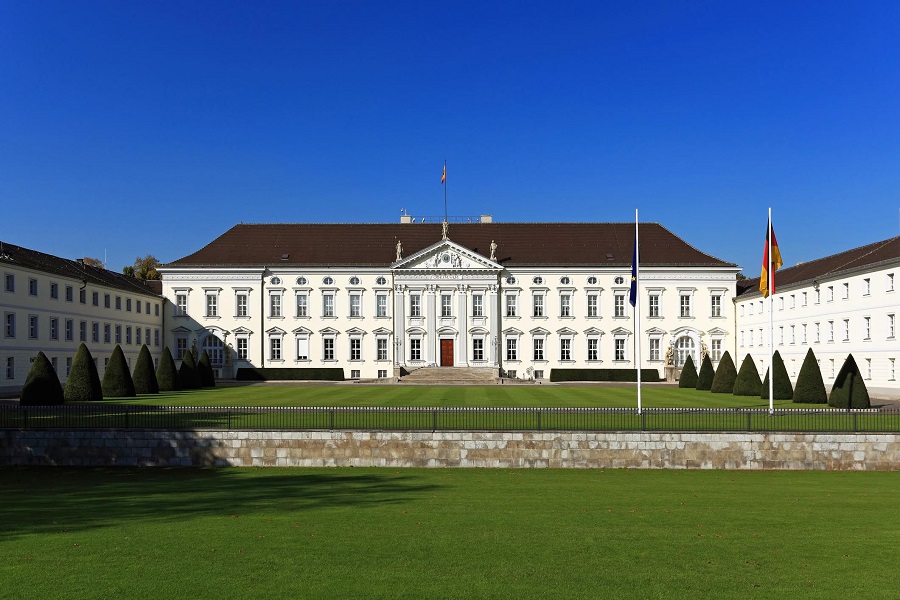 Another of visit in Berlin most famous historic buildings equally damaged by the bombs that fell on the part of the allies in World War II.

Its restored facade is decorated with Corinthian columns and stones carved with details of agriculture, fishing, and hunting. Its spectacular gardens and the wonderful views offered by the river Spree, make it a must see the place.

The palace was built in 1786 by order of the Prince of Prussia, Federico Augusto Fernando. Since 1994 it is the official residence of the President of Germany.

14. Stand in front of what’s left of the Berlin Wall

The most famous symbol of Berlin, a place still charged with an indescribable energy. Go and stand facing what is left of the wall, the before and after German history and the world.

This wall was built in 1961 to separate the capitalist and communist ideologies, becoming for 28 years a border between the German Democratic Republic and the German Federal Republic.

During those years 125 people died trying to cross this division of 4 meters high and 120 kilometers long.

15. Cross the City by Checkpoint Charlie 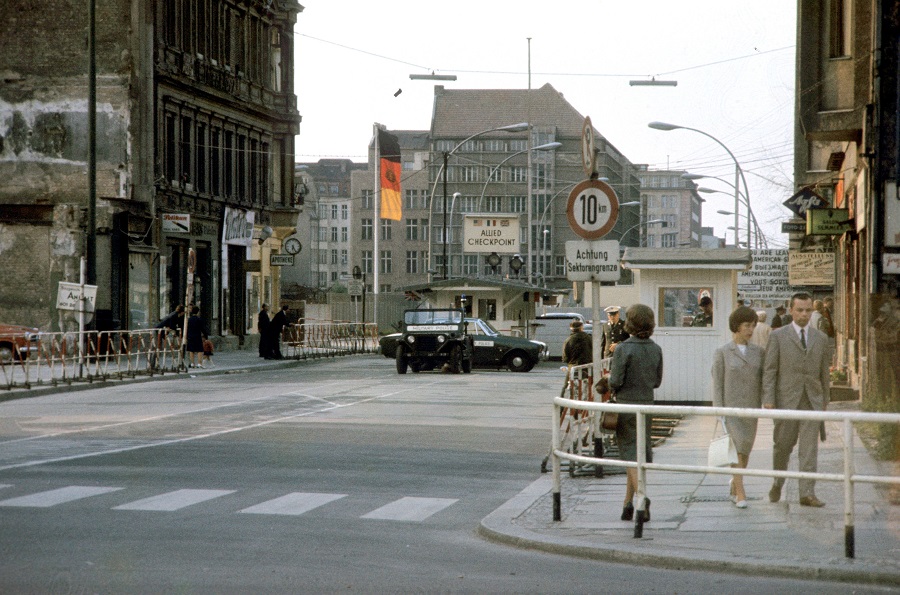 It was the main border crossing between the two Germany during the Cold War, whose access was only authorized for diplomats: “you are leaving the American side.”

It was demolished in 1990 after the reunification of East and West Germany, leaving only the Checkpoint Charlie Museum that houses documents, photographs, models, and videos of events that took place at the Berlin Wall.

In addition to being a symbol of the Cold War, it is one of the most famous tourist sites in the German capital.

16. Take a Tour of the Olympic Stadium

The Berliner Olympiastadion (Berlin Olympic Stadium) was built for the 1936 Olympic Games. It’s also hosted the world cups of 1974 and 2006.

It is a fantastic sports infrastructure with a capacity for 76 thousand 065 spectators, who every weekend of the season will see Hertha BSC Berlin play. It is considered a national monument.

17. Stroll through the Tempelhof Park

Tempelhof was an important airport in Nazi Germany where the allies provided food and weapons to the soldiers.

His conversion to one of the largest parks in the world began in 2010 with an area of 380 hectares. Surpassing in size the famous Central Park in New York.

In it, Berliners enjoy a bike ride, roller skates or a pleasant walk. It is a nice place where you will want to spend several hours a day.

Berlin is more than the rich history

To these 17 tourist attractions when you visit in Berlin. All loaded with the contemporary history of the city, are added other equally attractive sites. Such as the popular food markets and places for hiking or biking.

The German capital is more than a great European city of buildings and monuments. It is also beautiful and quiet afternoons with gardens and lakes. All in the same place. You do not want to miss this if you decided to visit in Berlin.