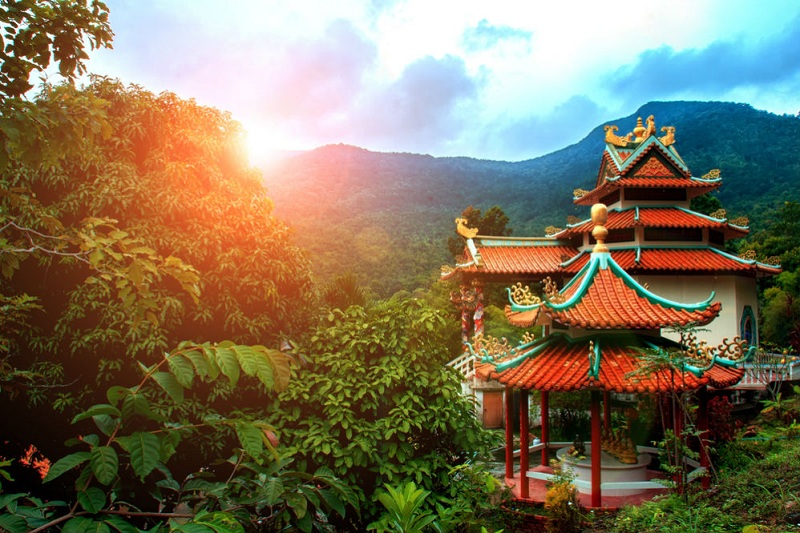 5 Reasons To Fall In Love With The Island Of Phangan

In Thailand, many unique places and the island of Koh Phangan, located in the Gulf of Thailand, is certainly one of them. He is widely known for the large-scale Full Moon Party, which takes place once a month, but many people love him completely for this, and one can even say for things that are completely opposite.

The balance of savagery and civilization 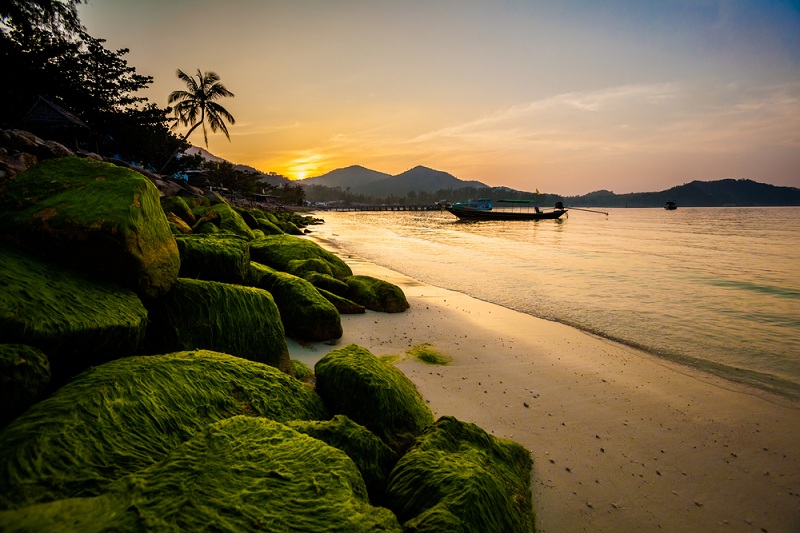 Phangan is a subtle, almost borderline state between when there is already sufficient infrastructure for a comfortable, fulfilling life, and when civilization begins to spoil nature with its presence.

The island has large supermarkets (Tesco, Big C, and Macro), hospitals (including a branch of Bangkok Hospital), a good selection of hotels, cafes, and restaurants. But at the same time, the island has, in fact, only three relatively large roads (one goes along the coast, the other leads to the east and the third – to the north). But if on neighboring Samui, which is 1.5 times the most, huge, noisy trucks rush along the ring road, traffic is very tangible in many places, and traffic jams are not uncommon, then on Pangan, it is a common situation when transport is on the main road It passes every 10 minutes. And if you turn a little to one side, then you already generally feel like a discoverer. 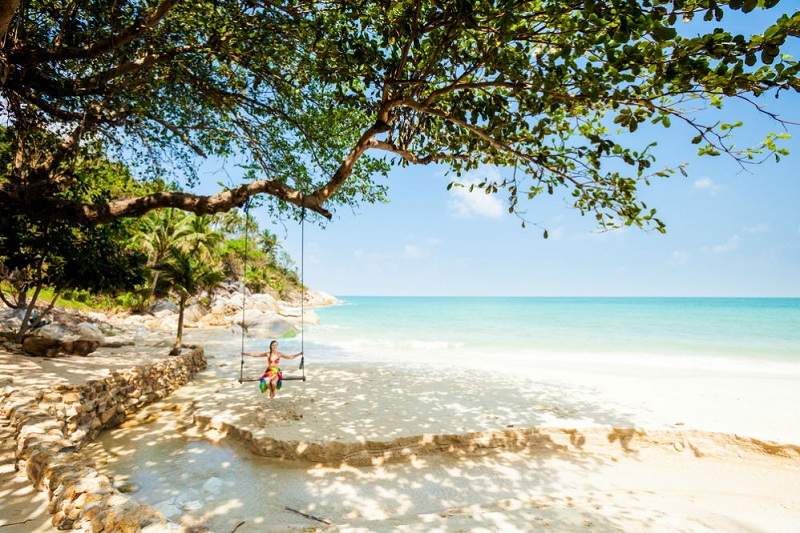 If it were necessary to pick up only one word to describe the beaches of Phangan, then this word would be “heavenly”! Yes, yes, this is not a joke, there are about 30 beaches on a tiny island, and most of them fully fit this definition.

The beaches of Phangan are beautiful natural bays, with clear turquoise water and a clean shore, “uncluttered” benefits of civilization.

Most beaches boast stunning, pleasant to the touch, fine sand and a comfortable entrance to the sea, where you can snorkel among tropical fish or just swim quietly without fear of currents and waves.

Some of the beaches on Phangan have good access, hotels there, as a rule, are located right on the coast, which makes these beaches accessible to the majority of tourists (for example, Baan Tai, Haad Yao, Haad Rin). Nearby there are massage salons, shops, and other infrastructure. But at the same time, there are many semi-wild beaches on Pangan, where there are only a couple of small hotels, beaches at the very distance from civilization, and, accordingly, a different atmosphere, complete solitude and relaxation, where you can relax from the hustle and bustle and fully recover Haad Yuan, Coconut Beach, Tong Nai Pan Noi, and Yai).

And yet, almost any beach on Phangan is just an amazing find for photographers. Natural scenery in the form of rocks, coastal stones, white sand, sloping palm trees with rocking swings on them and delightful sunrises with sunsets are a must-have attribute of almost every beach, so without beautiful sea landscape photos, you definitely won’t leave the island. 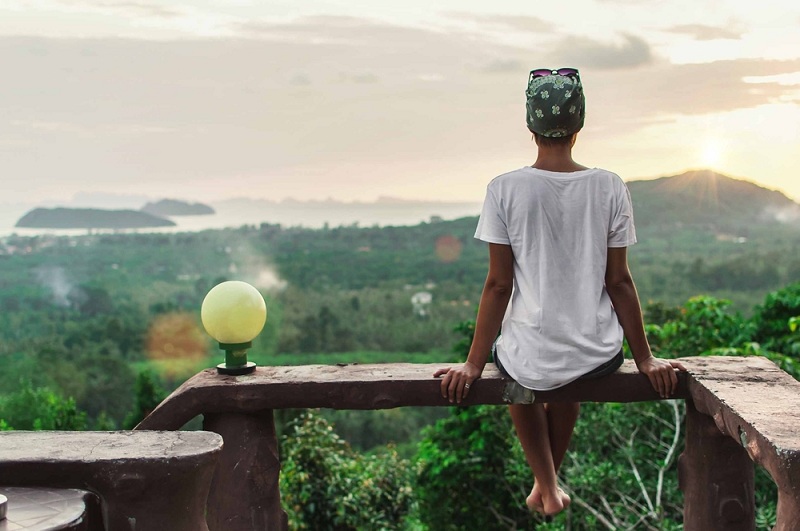 Climbing to an observation deck, you instantly see how green the island is – jungles and hills all around – just a haven for lovers of outdoor activities, such as hiking and trekking.

The most popular route on Phangan is the ascent to the highest point of the island, the top of Mount Khao Ra (627 m). The climb is not very difficult, takes about 1 hour, the route passes through the real jungle with vines and trees with intricate huge roots protruding from under the soil.

In the Tan Sadet National Park, there are some quite simple trekkings leading to a viewing platform around the Phang waterfall, and the royal path runs right along a shallow river bed with small rapids and waterfalls, where you can see huge stones on the way loved to come, thai king. Leads the trail to the stunning eastern beach of the same name Tan Sadet in a natural bay.

No less fascinating are the trekking on semi-wild beaches, for example, those to which there is practically no normal entrance, and where they sail mainly only by boat (for example, Haad Kkhonti, Haad Yuan, Boat Beach). These routes also, as a rule, go through the jungle, periodically taking to the rocky protrusions – natural viewing platforms. Sometimes the trail runs right along the edge of the hills and cliffs along the sea.

Most of the tracking has markup, pointers and traced in Google Maps, so just arm with a smartphone with an installed application, and go! 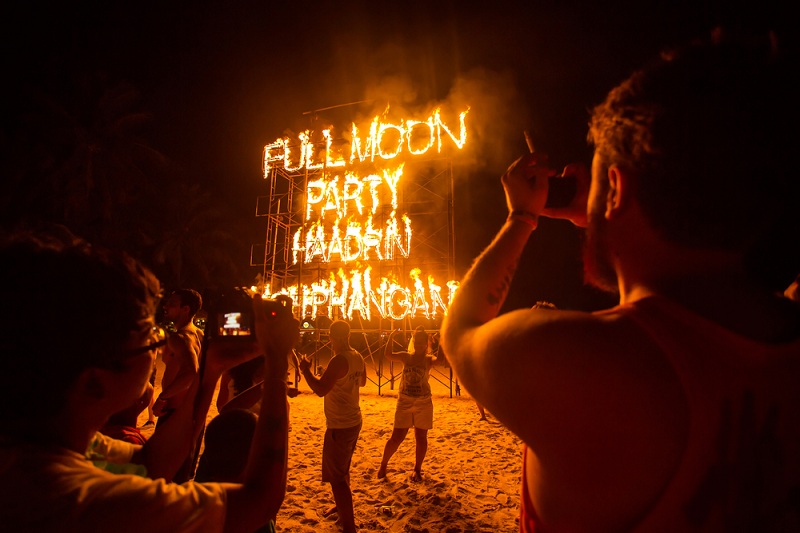 Full Moon Party or Full Moon Party, the largest open-air party in Asia, has been held here on Koh Phangan Island since 1985. The most famous DJs from all over the world come here to play, which of course collects a lot of people every month.

On the eve of the party, young people come to the island not only from neighboring Thai resorts but also from all over the world, many make their holidays to these dates in order to see what is happening and take part in this large-scale fun under a starry sky. It takes place in the full moon on Haad Rin Nok Beach, at the southernmost tip of Koh Phangan Island.

On a long sandy beach, there are a dozen sites where DJs play all night long, replacing each other, and here, in the light of the full moon, young guys and girls in colored t-shirts, with the inscription Full Moon Party, are painted and come off in full light luminous paint on faces and other exposed parts of the body.

The main attribute of such a party is an alcoholic cocktail in a children’s plastic bucket. Such buckets, T-shirts, as well as paint are sold at every corner. Even if you are not a fan of such parties, it is definitely worth it to be on such a large dance floor at least once. 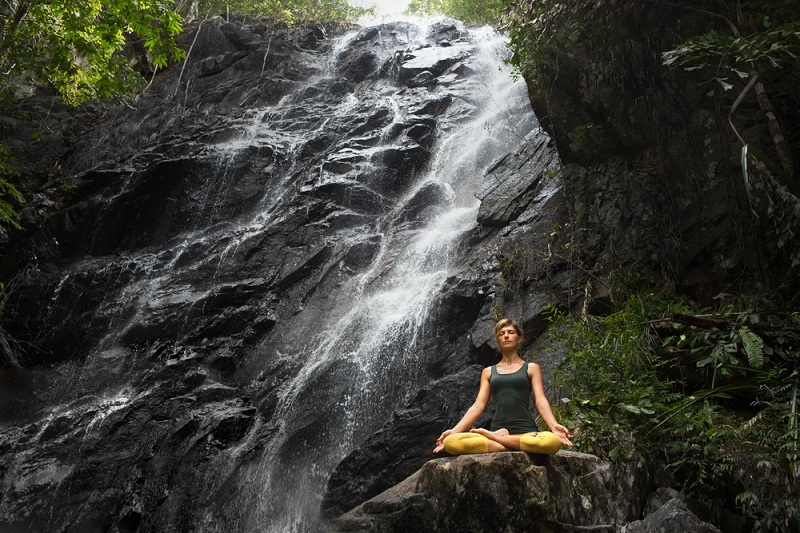 On the island of Phangan, many come for the atmosphere and spiritual practices. The island has a center where you can take a meditation course (at the temple of Wat Kow Tham), as well as several certified yoga centers, whose programs are designed for both teachers and students (for example, Agama yoga and Ananda yoga), there are also just small yoga schools and detox centers.

Another option is to turn to private teachers who either live on the island for a long time or arrange visiting yoga tours and retreats, in general, for practicing yoga on Phangan there is everything for every taste and budget. And if you do not need any schools/courses, then you can practice yoga on your own, the atmosphere of complete relaxation is the most suitable here.

Sozopol Bulgaria: tourist resort on the coast of the Black Sea in Bulgaria