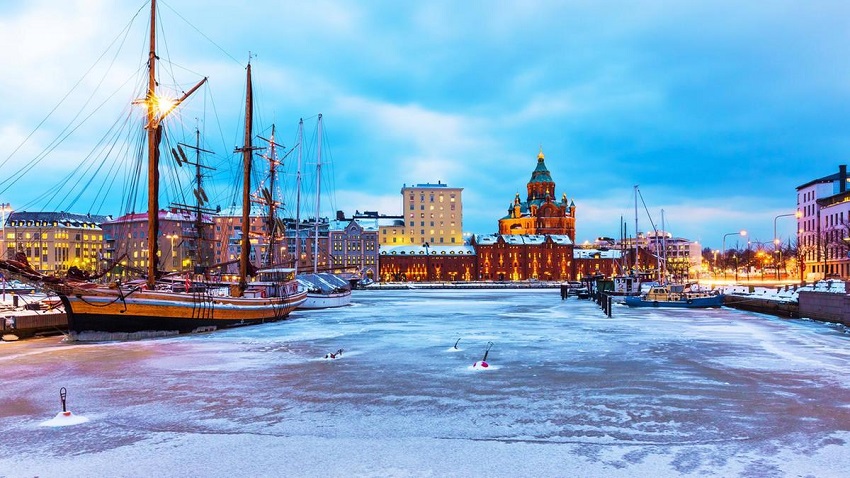 Honeymoon in Finland: sleep in an igloo under the Northern Lights

Honeymoon in Finland: sleep in an igloo under the Northern Lights. For the honeymoon, you have in mind a special destination, but to stay all day on the beach in the sun do not talk about it. A traveling holiday is the one for you that you can not wait to take off your winter wedding dress just to leave for your honeymoon. As you write the wedding invitations, try to imagine the destination of the plane on which you will climb once married … what do you think of Finland?

The charm of Northern Europe 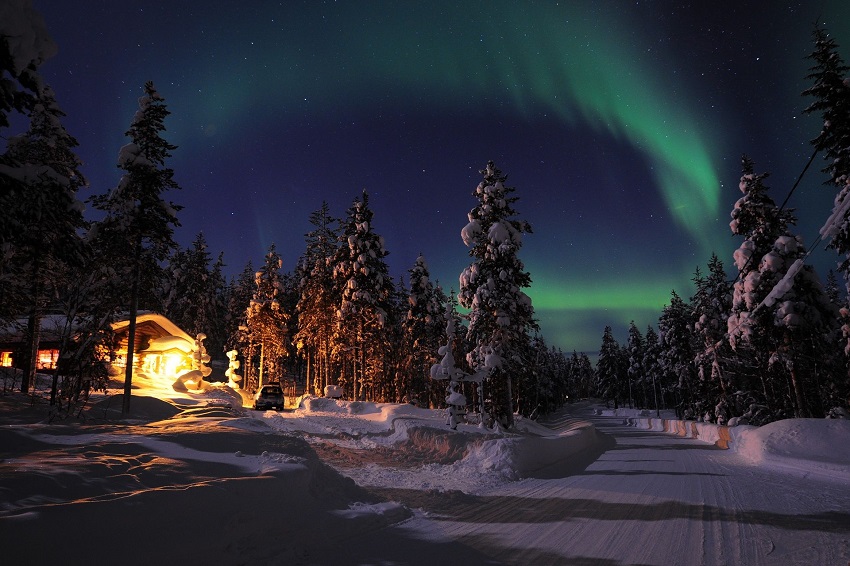 Finland, or rather the Republic of Finland, is a Nordic country belonging to the Scandinavian Peninsula and the European Union. It is the European state with the lowest population density, which amounts to only 5.495 million people (2016 data) for an area of over three hundred thirty-eight thousand square kilometers, which gives it the title of the eighth largest state in Europe. The cold temperatures and extremes change between brightness and darkness during the year are among the peculiarities of Finland, which nevertheless make it an extremely fascinating place for tourists from all over the world.

It will be for its quiet character, for the wonder that provokes the snow that covers it in the coldest season or the northern lights that color its sky in the clear winter nights … but this country has a lot to offer to a couple of lovers who he has recently distributed the original wedding favors to his guests after the wedding.

Incredible things to do in Finland 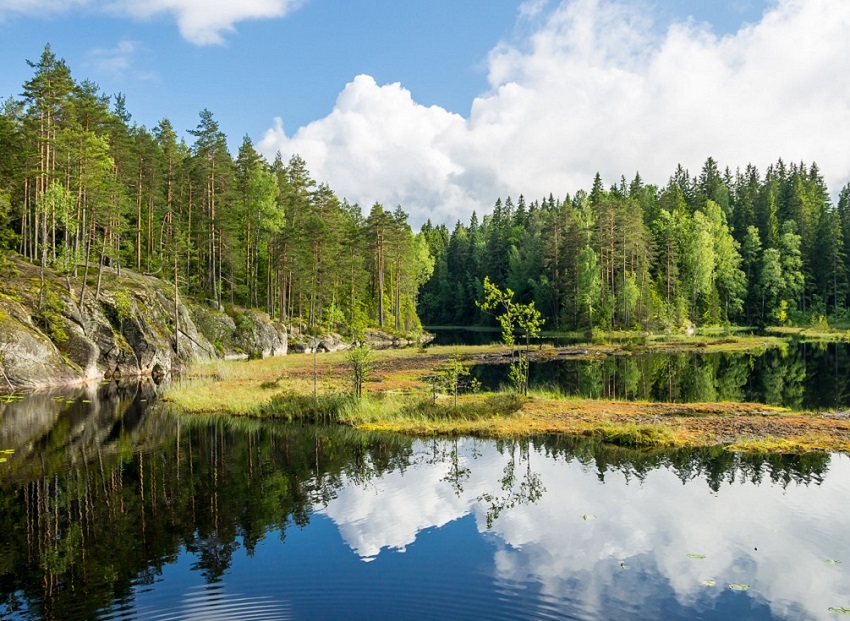 Among the incredible experiences that you can experience in Finland, the first place is to exchange phrases of love by sleeping in a real igloo … of glass. These are the accommodations offered by a famous resort located in the Saariselkä Fell area, which allows guests to sleep in the heart of a snowy forest under a magical sky. Another of the most beloved Finnish stops is undoubtedly the Turku Archipelago Route. It is a ferry route from one island and the other, all very close to each other, on whose surface you can go hiking surrounded by the picturesque landscape of Western Finland.

If you are a nature lover, but you are not particularly sporty, we suggest you take wonderful photographs inside the Repovesi National Park, a small oasis in the hinterland north-east of the capital, characterized by pristine forests and cliffs overlooking blue lakes intense. Here you can take walks of all levels of difficulty, also suitable for the less trained. Finally, do not miss a visit to the capital Helsinki, because it has a lot to offer you. Just to mention some of its attractions, we remind you that there is a wonderful 18th-century fortress called Suomenlinna, in perfect contrast to the trendy district of the Design District and various museums for all tastes. 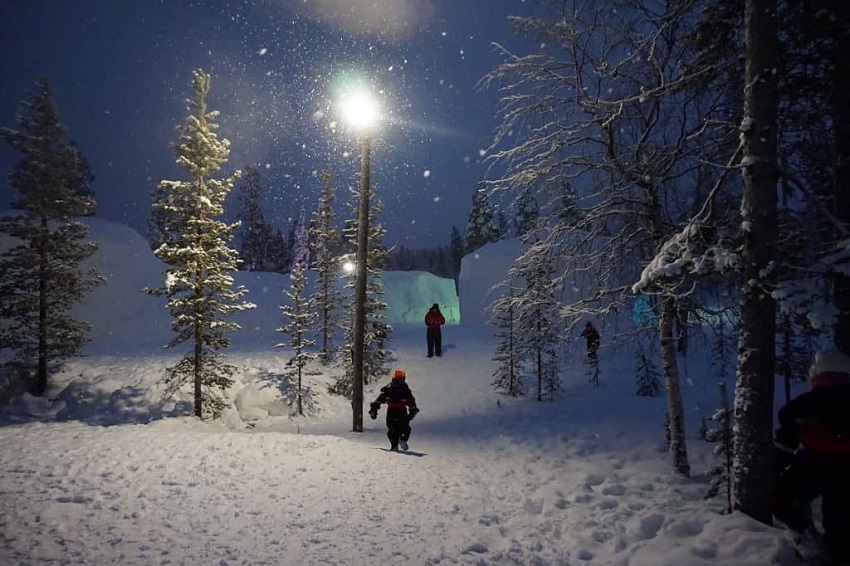 But the biggest attraction of Finland is without a doubt Lapland. This region, the most northerly of the country, is known for the large uninhabited subarctic areas, ski resorts and natural phenomena such as the midnight sun and the northern lights, whose magic is able to inspire millions of romantic phrases year after year.

In the far north of Lapland lies the native land of the indigenous Sami people, who still preserve their original language and the memory of a nomadic past as hunters, fishermen and reindeer farmers. I wonder if those of the famous Santa Claus has just such origins! You will never know for sure, but you can go and visit the village at the foot of the mountain of Korvatunturi, north of Rovaniemi, where the legend recounts the secret dwelling of the famous Santa Claus.

If instead, you settle for its “more commercial” house, then you can have fun in the Santa Claus theme park, located about 8 km from the capital of Lapland: here you can not just have a chat while sitting on the knees of the red-haired benefactor dressed in red, but also visit his office or post office where he receives letters from children all over the world.

As you may have guessed, the currency circulating in Finland is the Euro, as it is a European country. The official languages are two, Finnish and Swedish, in fact, almost all the inhabitants are bilingual and speak fluent English too: you will not have to worry about big communication problems since the Finns are much more polyglottos than we Italians. Instead, you will need to carefully evaluate when to go to their homeland, calculating that the cold season is quite long and dark (it extends from October to April) and the summer is short, even if its days are very long and could make you lose sense of time (from May to June the sun never sets completely!).

The best time for a trip to Finland is therefore in the months of March and April when the days are longer than in the winter and the temperatures below zero have no extreme values: you can enjoy unforgettable “safaris” on the snow, but without suffering too much cold. For the visit of the cities, however, the best time is between June and July, when the temperatures are mild and the nights are still clear.