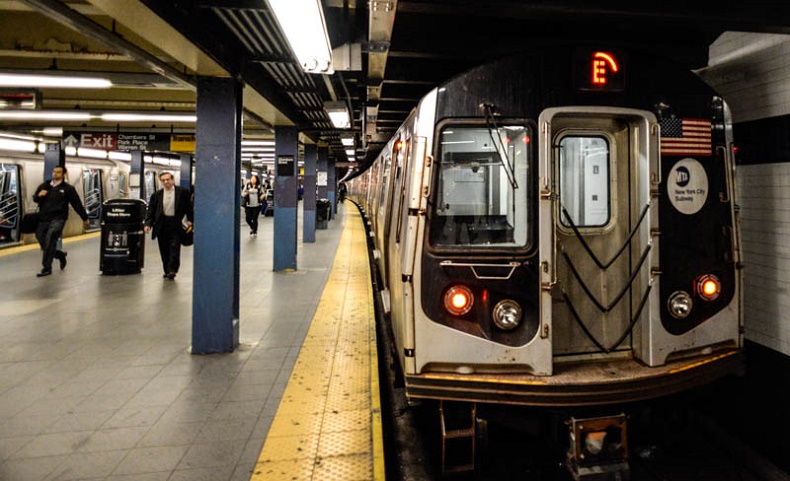 In New York, we only had a week and a half, which, considering our mode of travel, is very small. They read about the main attractions, found housing, made maps, and in absent got acquainted with a bunch of technical details. In general, prepared thoroughly. In search of us, the Vinsky forum, guides, blogs, and some separate sites came in handy. All this information was collected by Pocahontas and it took a lot of time. In this post, I will try to collect all the things that we ourselves eventually ended up with and even a little more. I hope to help those who are just going to New York. I’ll start with the subway. 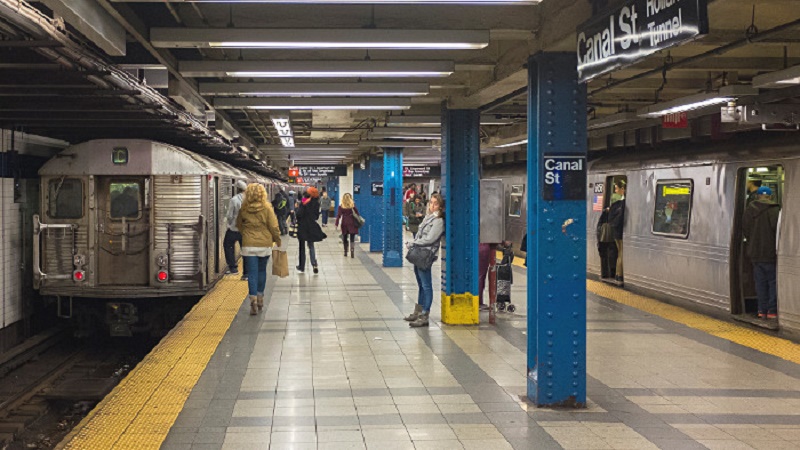 We flew into Kennedy Airport (JFK) and from there we had to get to Manhattan. Theoretically, there are many ways, starting with a taxi and ending with buses, but the easiest for us is the metro. He is also the cheapest.

To get to the subway, you can use the electric train plying between all terminals. It is called AirTrain and costs $ 5. It can take you to Howard Beach or Jamaica. You need to pay for the train at the exit using the Metro card (MetroCard), there you will see turnstiles and vending machines for the sale of these cards. Nearby are the employees who can help if you linger, but in principle, you can cope on your own, everything in the devices is quite understandable. The card itself is worth one dollar.

Cards are different: the usual (with payment for each trip) and unlimited. Cards can be replenished. On a regular map, one trip costs $ 2.5. There is no limit for 1, 3, 7 and 30 days (maybe there are some other options, I don’t remember anymore). Unlimited for 7 days costs $ 30 (in the video below you can use other fares).

On an unlimited card, two or three people will not be able to walk (either 15 or 20 minutes should pass between the aisles). As usual – easily, money is written off for each pass through the turnstile.

How to buy MetroCard 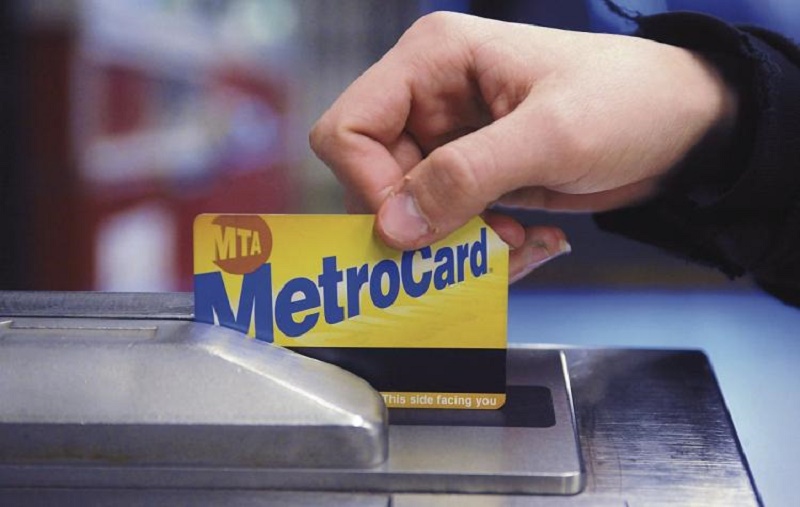 You can buy for cash and using a bank card. With cash, a change is given (if necessary), and there is one nuance about another card: in the process of payment, you will need to enter a zip-code, which, of course, we do not have. You can enter 99999 (it did not always work for me) or wait ten seconds, the payment will pass.

By the way, if you have a debit card, anyway, indicate everywhere that it is a “credit card”, otherwise there may be problems with payment (concerns not only the metro but generally any payments). Personally, I use debit.

If you figure out how to buy a MetroCard, then with its replenishment problems just will not arise. Normal can be replenished with any amount, unlimited or with any amount, or for a while (renew). When the unlimited card expires, it becomes normal. If you “extend” it, then again becomes unlimited.

We lived in Manhattan, so the subway was not used every day. There you can easily get to many places on foot.

How to navigate the subway in New York 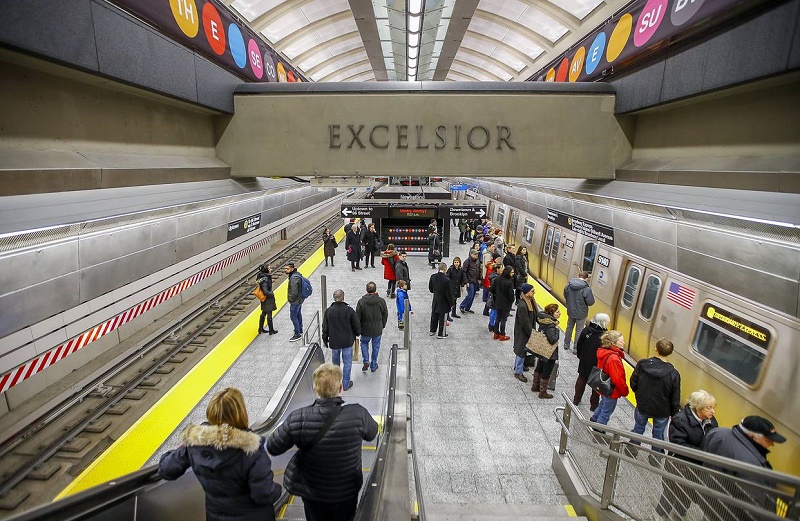 If you are accustomed to our system in the metro, where trains run only in one direction on one line, then you are out of luck. Here, at first glance, everything is in one place. Different trains come to the same platform and can go in different directions. Or in the same direction, but stop at different stations.

There is nothing terrible, the system is not as complicated as it seems at first glance. Forget that you are in the metro and imagine that this is just a tramway. Each metro line is like a tram with its own number, which follows its own route. The branches here are different in color and have the name in the form of a letter or number. For example, “A”, “C”, “1”, etc. On each incoming train, it is indicated what kind of a branch (and on each carriage).

The metro scheme can be taken in the booths at each station, there are some employees on duty there. If you have a smartphone, you can install a program with a scheme. We used the first program from Google Play (this is for Android phones). Well, or you can download this New York subway map in PDF format.

There are branches, which run “express trains”. The fact is that some sections of the path of two or three branches are the same. In this case, “express trains” do not stop at all stations, but only at those marked on the diagram with white circles (“local trains” also stop at them). The black circles mark those stations where only “local” trains stop. 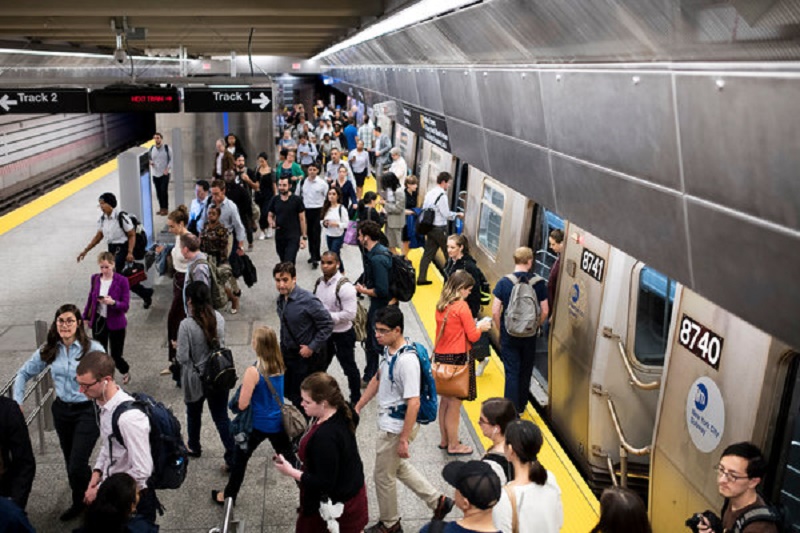 The metro at night also works, but a little differently: express trains may run like local trains (stopping at all stations), some stations may be closed due to repair work. Information about when and how this or that branch or a particular station will work necessarily hangs on the station.

Finally, if you have internet access, google maps will help you. They can be trusted in terms of laying a route around the city.