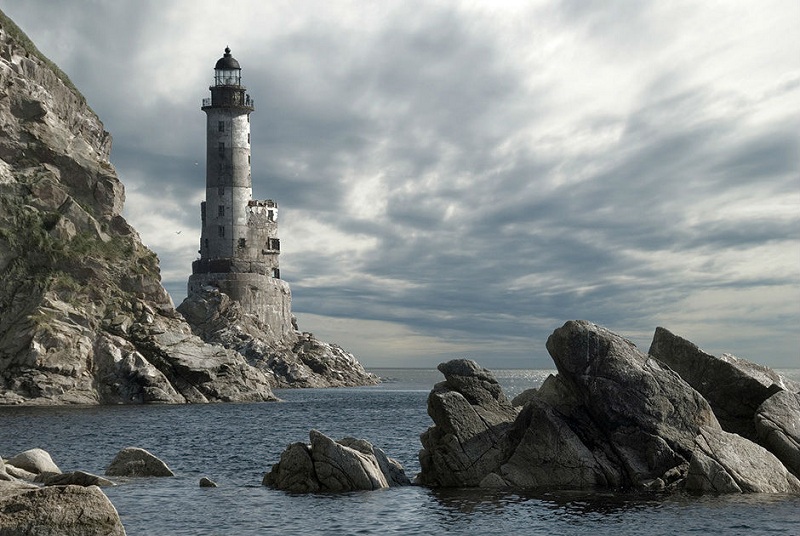 The Most Picturesque Lighthouses in Russia

Thousands of years ago, people began to build ships and go to the open sea. At the same time, probably, the first lighthouses appeared which pillars with carefully kept fire from the fire were. In Russia, the active construction of lighthouses began not so long ago, only two centuries ago, when Peter I began to develop the fleet. However, at all times, thanks to lighthouses, mariners returned home from their dangerous elements to their families, so it is not surprising that, even today, lonely buildings on the border of the water are fanned by romanticism and cause awe in my soul.

Today we have compiled for you a selection of 9 beautiful and unusual lighthouses in Russia, which can make your heart stop. 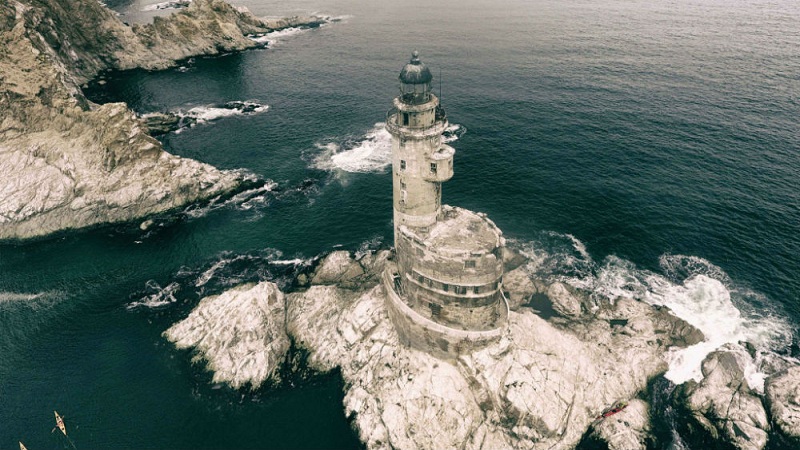 Those who like to tickle your nerves will surely like the abandoned lighthouse on Cape Aniva. The journey is not close – it is an inaccessible rocky cape on Sakhalin Island, but it is worth it – in the noise of breaking waves, shrouded in thick fog stands a tall, dilapidated gray tower. The lighthouse was designed by Japanese engineer Shinobu Miura: a round column of the main building with a small rectangular extension is inscribed in an oval base. Proper harmonious architecture contrasts with sharp rocks and creates a sense of scenery for the psychological thriller. 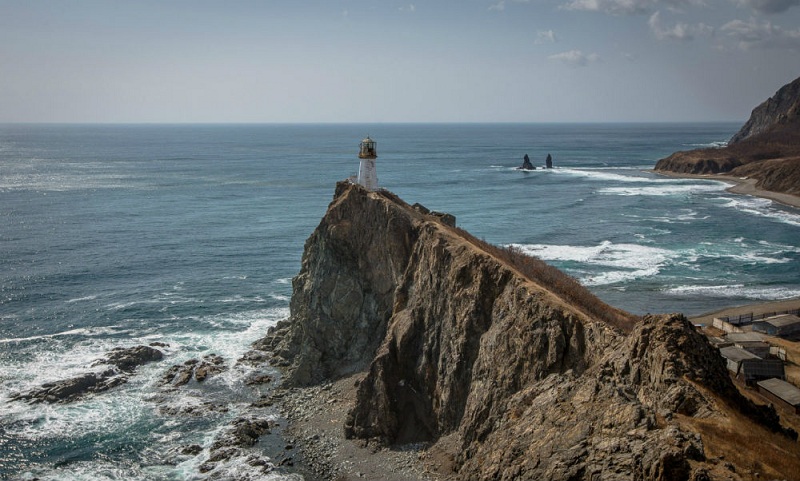 The lighthouse on Briner cape on the coast of the Sea of Japan is nothing but canonical. The snow-white stone tower of an octagonal section is crowned with a lamp-house structure glazed around the perimeter. In the daytime, on closer examination, of course, it is clear that the protective grilles and handrails of the stairs are very dilapidated and rusty, but when the lights come on at night and the shining beacon directs warm yellow rays to impenetrable darkness, it causes real admiration. 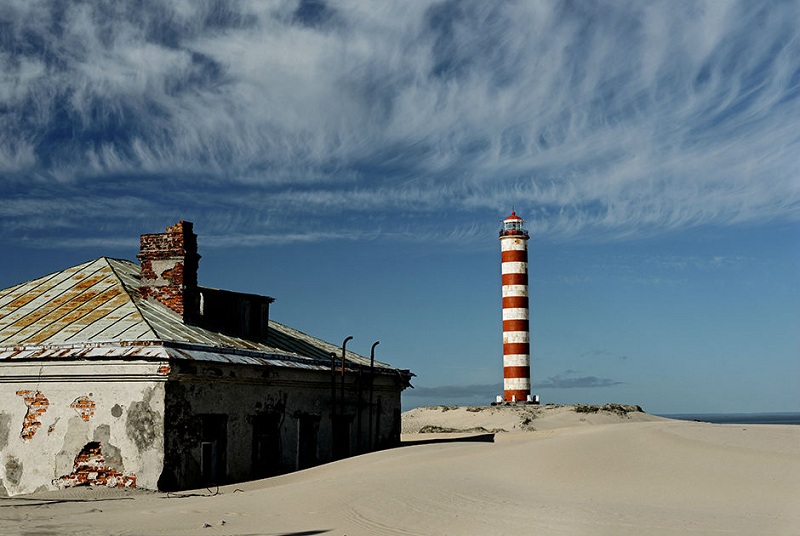 The development of the northern regions in the middle of the last century owes its existence to a very nice lighthouse on the Kanin Peninsula. The minimalist cylindrical reinforced concrete tower with a height of 32.5 meters would not have been remarkable if it were not for the bright color: the red and white horizontal strip makes it look like a New Year’s candy, which stuck some kind of giant into the desert. In winter, the surrounding terrain is covered with snow, which, however, only enhances the marked similarity. 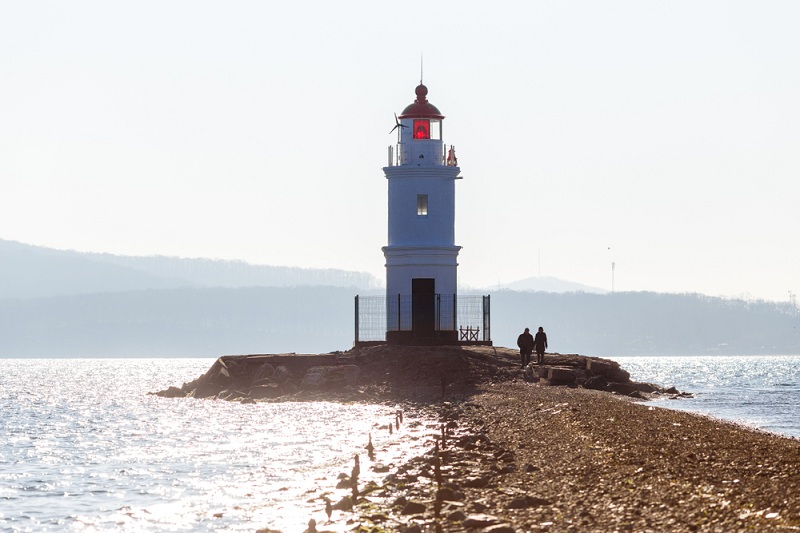 The stately Tokarev lighthouse, one of the oldest in the Far East, was built in 1876. It received its name from the name of the cape, on the very edge of which stands. You can reach the lighthouse by a long sandy spit, which is poured to connect the building with the shore. Previously, this task was performed by a wooden bridge, but for many years the sea left only lonely protruding iron piles from it. The walls of the lighthouse are painted in a classic white color, and the roof in bright red, it sends white and red signals to the sea, blinking beautifully at night. 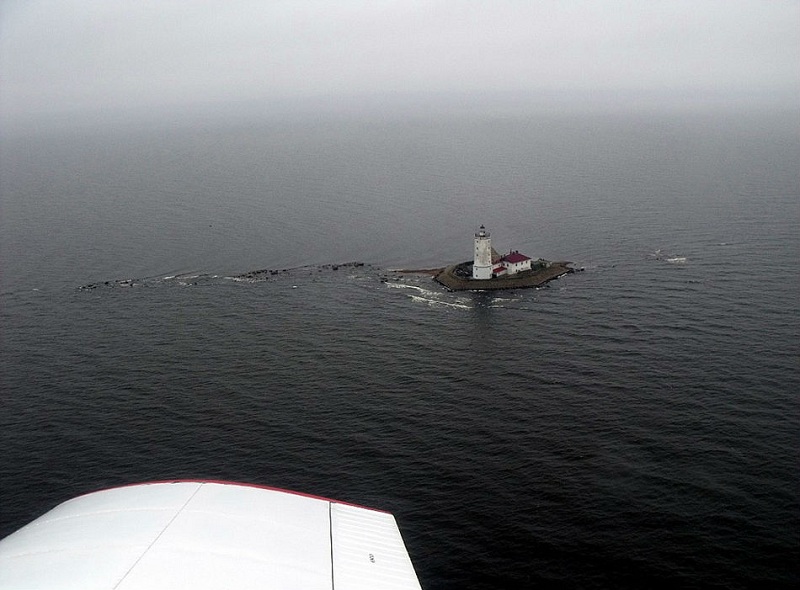 One of the oldest lighthouses in Russia will be 300 years old next year. It was built by personal decree of Peter I on an artificial embankment in the Gulf of Finland, near the island of Kotlin, on which Kronstadt is located. Residential and technical buildings that resemble a massive protective wall around the perimeter of the island adjoin the massive wide tower, giving the lighthouse a considerable resemblance to the famous Alcatraz prison. For a long time Tolbukhin was a temporary wooden building, but for his years of service, he was awarded a large-scale restoration. 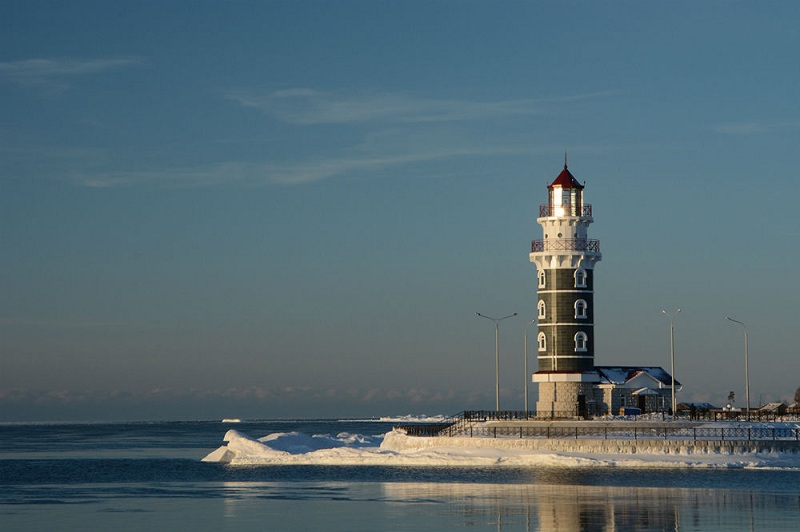 Lighthouse on Lake Baikal, the settlement of Turk, Republic of Buryatia

There are lighthouses in Russia not only on the seas and bays but also on the shores of the deepest lake on the planet – Baikal. However, this lighthouse is very young, it was built in 2014, but it is beautiful in a modern way. The gray tower with a brickwork base and a pointed red roof is very similar to a fairytale castle. A picturesque embankment is equipped around the lighthouse, and from the viewing platform at the top, there is a panoramic view of the lake, the valley of the Turk river and the snow-capped peaks of the mountains. 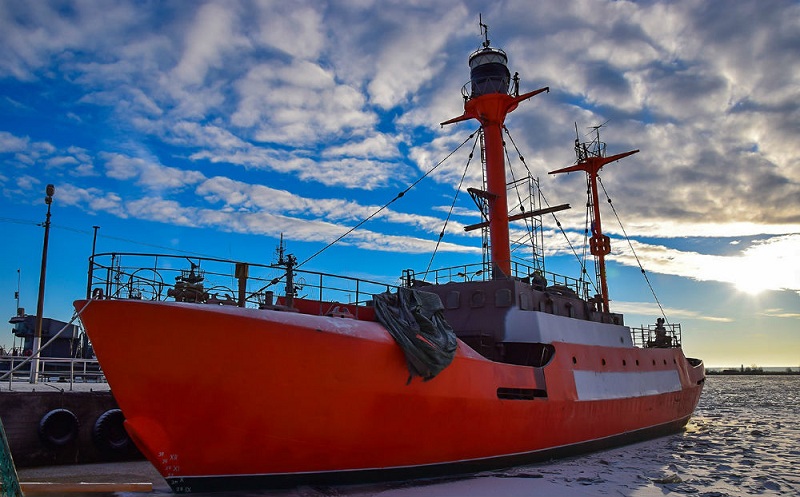 One of the most unusual lighthouses in our country is located in Kaliningrad, it is now converted into a museum, where interactive excursions take place, and almost all the equipment is in perfect working condition. Its peculiarity is that it is a floating beacon – the ship “Iberinsky”, which once worked at the Livateolisuus shipyard in Finland. The beautiful red ship, 43 meters long, is equipped with a high mast with lantern equipment, and the light of the lighthouse is held in the horizontal plane by a special pendulum. “Iberinsky” was the last built ship-beacon in the world. 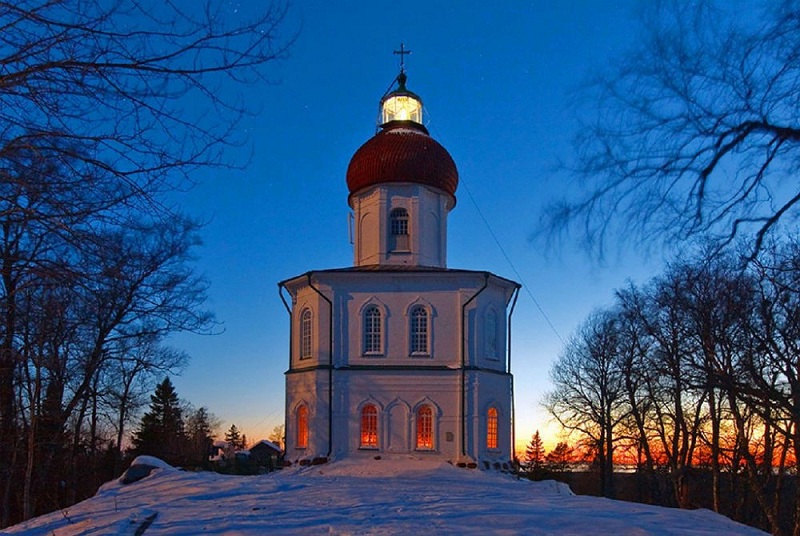 Church of the Ascension of the Lord on the top of the Sekirnaya mountain, Solovetsky archipelago

The highest, 98 meters, a lighthouse of the northern White Sea is located on Solovetsky Island on the top of the Sekirnaya mountain. Its singularity is that the skit monks light the navigation light because the lighthouse itself is crowned with the dome of the single-domed temple erected in the middle of the XIX century. Under the modern searchlight is a small bell tower and, in fact, the temple. The lighthouse is lit not all year round, but only from mid-August to mid-November. 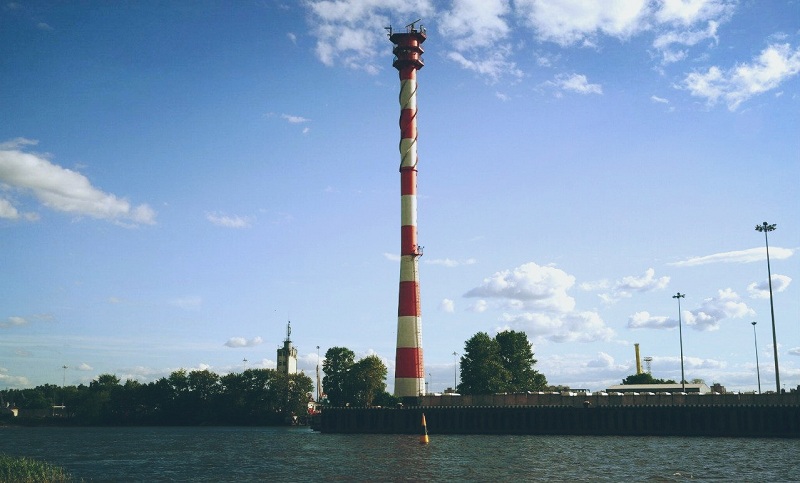 To see the highest lighthouse in Russia, it is not necessary to go to the uninhabited ocean shores. Tower Forest Mall Folding Rear height of 76 meters is located in the northern capital on the shores of the Gulf of Finland. It was built just 30 years ago in the shipyard so that ships could safely enter the technical part of the bay. Since the cylindrical structure is relatively narrow, the lighthouse looks like a real giant, especially next to two smaller neighbors 16 and 26 meters high.