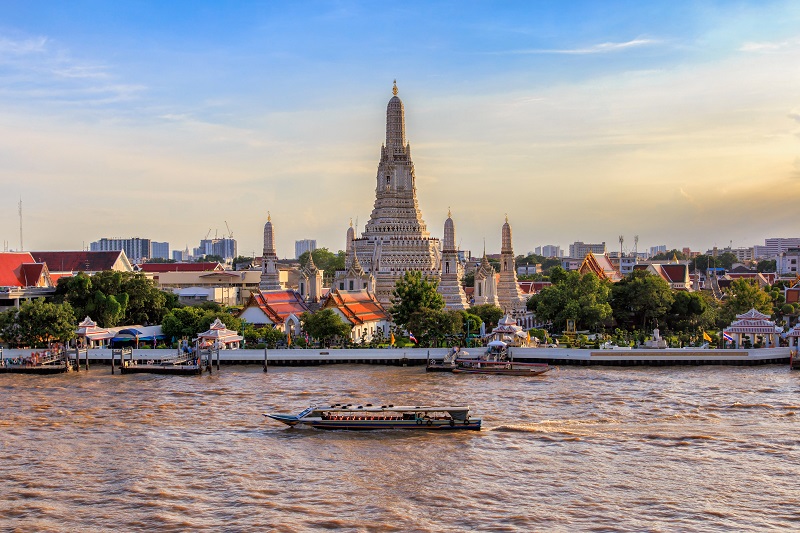 Bangkok is a huge city that gives visitors a lot of play. If you are a lover of the big cities of Southeast Asia even during its hottest months – April and May, in the case of Bangkok – when you just walk down the street you drop sweat drops by the sword, and you don’t mind sitting in a plastic chair from an alley to devour a noodle soup, then Bangkok will fascinate you and you can spend days discovering its corners. Every corner, a world full of stories. Today we share some best day trips from Bangkok.

Despite how much there is to do in Bangkok, in its surroundings, there are also several interesting destinations that can be easily visited. Here I bring you a list of day trips from Bangkok that you can and, in some cases, you should almost do to make the most of your time in the capital of Thailand.

1) Ayutthaya, the ancient capital of Siam 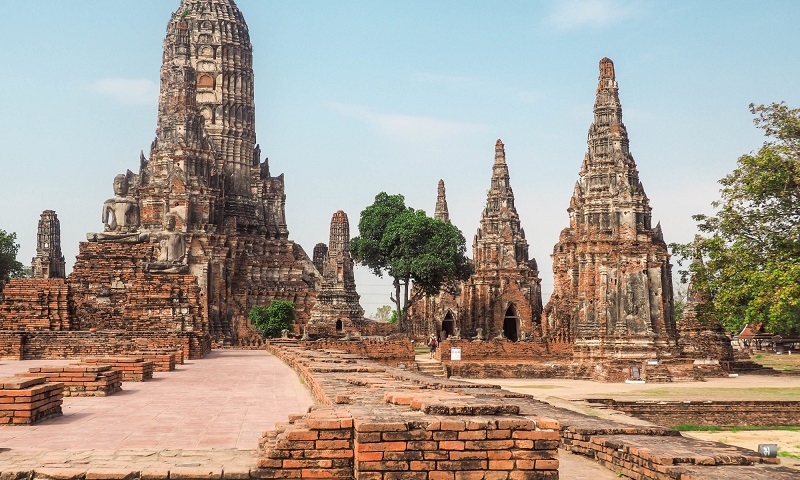 A must. Coming from tourism to Thailand and not visiting Ayutthaya is almost a crime considering that it is one of the main historical places of the country and is only 80 kilometers away. In Ayutthaya your international flight would have landed had it not been because the Burmese finally won one of the many wars they had with the Siamese people and razed the city there in 1767, thus forcing what remained of the Siamese army to build a New capital, Krungthep – the Thai name of Bangkok – further south of the Chaophraya River.

There is no doubt that Ayutthaya was one of the most important cities of its time although we do not know the exact number of inhabitants it had. Today, Ayutthaya is a small and unimportant city beyond the ruins that it still retains and that has practically mixed with the city’s new buildings. Its ruins are World Heritage by UNESCO. 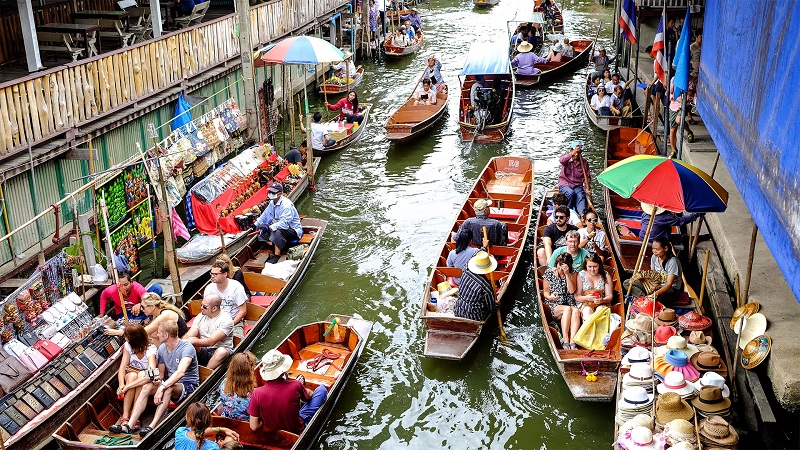 The big stars among many tourists who dream of walking aboard a boat through the market, while local people go to buy the vegetables and fruits they will cook later. Unfortunately, this version of events no longer exists. Floating markets are no longer used as a meeting place to trade with day-to-day food, but rather have become true tourist attractions. Something normal considering that the canals and rivers that were once the main transport route of Siam, have now been replaced by roads and highways.

Anyway, I do not want to discourage anyone, I still like, especially on weekends, Amphawa, which I have been to a lot of times. The most famous, open every morning 365 days a year and whose image appears in all travel agencies (sometimes in a photo from the early 90s), that of Damnoen Saduak would disappear if tomorrow foreign tourists stopped coming since Thais hardly visit him. Despite this, it is also a fun half-day excursion to get an idea of ​​what these markets would be like in their glorious era. It is also the favorite excursion of the guides since in the markets it is mainly going to eat and try Thai desserts, something that Thai people enjoy like nobody else. Also, the market on the train track is near Amphawa and Damnoen Saduak.

3) Kanchanaburi and the bridge over the Kwai River 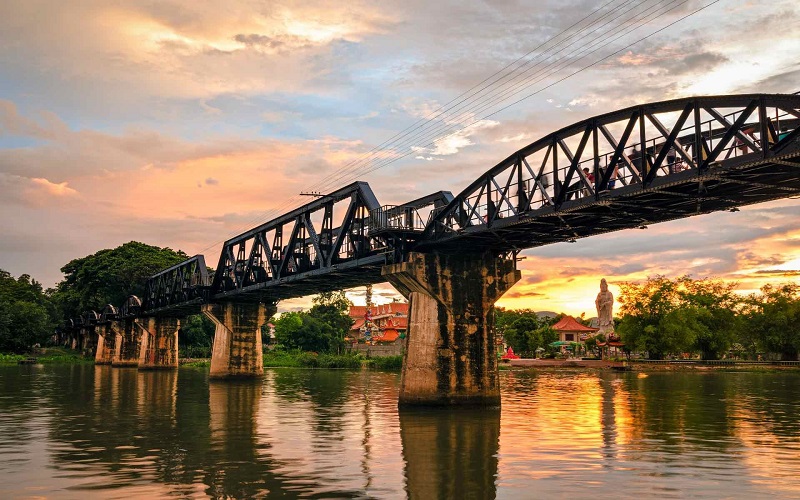 Ideal for: Lovers of the history of World War II

Kanchanaburi is a Thai town about 130 kilometers from Bangkok that can be visited on an excursion combined with the Damnoen Saduak floating market in one day, or in which one can stay a few nights to explore the area and dress other places like the National Park from Erawan or Elephant’s World.

Kanchanaburi is famous in the wake of World War II. Curious considering that Thailand did not actively participate in that war. The Japanese in their eagerness to conquer all of Asia arrived in Thailand and after some skirmishes with the Thai army. Local politicians, knowing that they had no resources to oppose the Imperial Japanese Army, allowed the Japanese to enter the country and be at ease. This is what the Japanese did and brought thousands of prisoners of war, many Westerners, who had captured in other countries in Southeast Asia, such as the Dutch colony of Indonesia at that time. With these prisoners, they began to build a train track to link Bangkok with Burma and thus transport materials to their army that was trying to invade India, an English colony at that time, from Burma, a country that had also been occupied by the Japanese.

And this is how the famous bridge over the River Kwai was built in the center of Kanchanaburi and that many tourists visit every day. In addition to seeing the bridge, you can also visit one of the several museums that relate the events there, as well as the cemeteries of Western prisoners of war who perished due to exploitation and ill-treatment by the Japanese army.

4) Bang Krachao, the lung of Bangkok 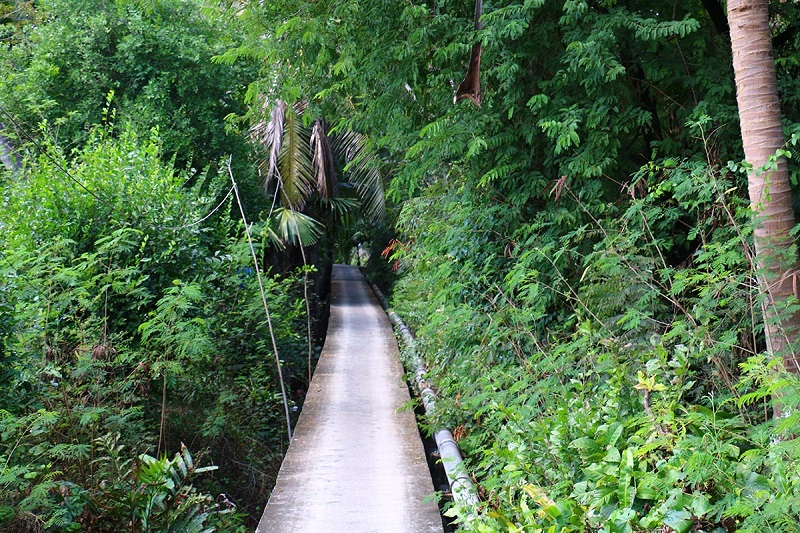 If you look at Bangkok with Google Maps you will see that there is a large area of ​​the city, on the river and somewhat remote, which is practically green. That is Bang Krachao. It is a forest area with some roads and several roads where on weekends they also make a market and in which there is a large park. This whole area is ideal for cycling and it is a good alternative and little known excursion for those looking for unique experiences.

5) The island of Koh Kred on the Chao Phraya River 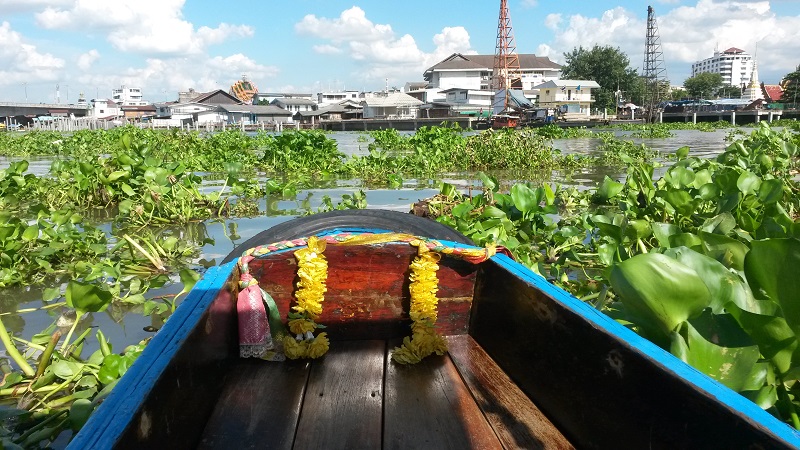 Koh Kred is a small artificial island on the Chao Phraya River in northern Bangkok. The island has a narrow circular road ideal for cycling. The island has been traditionally inhabited by Thais of the Mon ethnic group.

Koh Kred, like Bang Krachan, is a good place to go on weekends as it is when there is a market and there are more people although you can go every day. Both destinations are recommended places for those who already know well the most famous places in the area and look for something alternative or for those who like to explore less-known destinations.

You may like- 10 ideas of day trips from Paris

6) Pattaya and the beautiful island of Koh Larn 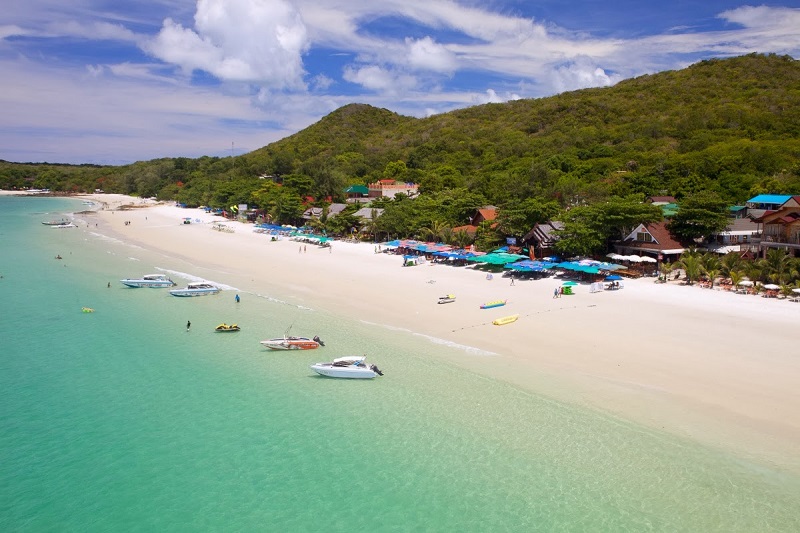 Ideal for: See a cool beach in a very touristy place

Pattaya is famous for being the main destination of vice in Thailand. Center of sex tourism, it’s Walking Street’ is a street full of bars of gogos, girls who dance at the bar and approach you to invite them to a drink.

One sees Pattaya’s 30-year-old photos and doesn’t have much to do. That small coastal town with a beach of incredible pints has become a tourist city whose beach does not finish inviting the bath. Anyway, it is still good to spend a weekend. The offer of hotels is very wide and some have very competitive prices for what they offer.

In addition, from Pattaya, you can visit the island of Koh Larn. A small island with pretty cool beaches although, of course, crowded with tourists. Anyway, the beaches of Koh Larn are probably the best among those that can be visited in one day from Bangkok. It is recommended, but, stay at least one night in Pattaya or Koh Larn to enjoy them better. 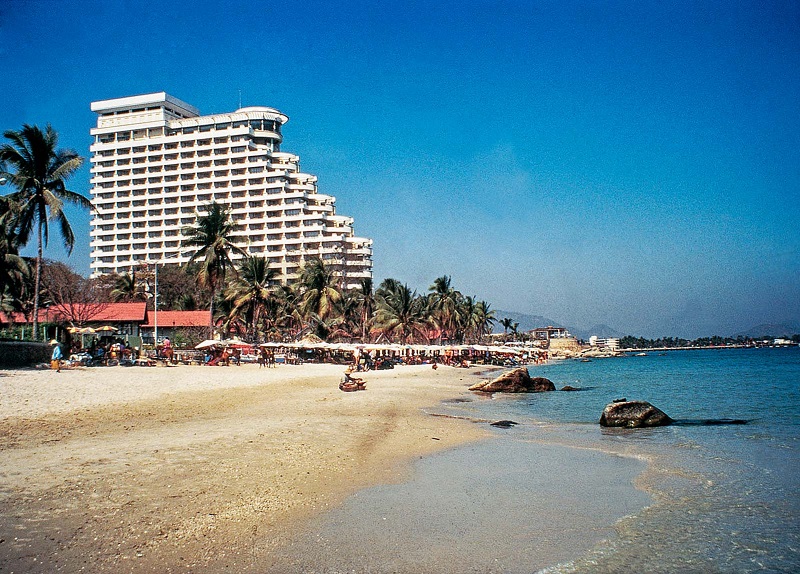 Ideal for: Enjoy a coastal town

Hua Hin is the great beach destination where people from Bangkok go on weekends. It is a fairly large town with excellent restaurants where to eat seafood and a great hotel offer. Hua Hin is somewhat far, about 3-4h from Bangkok, so it is advisable to spend at least one night. Going and returning in one day is possible but you will have to leave very early. In case of spending more than one day, you can consider visiting the Sam Rot Yod National Park.

Ideal for: Learning about elephants in a respectful way

Elephant’s World Elephant Camp is an elephant rescue and recovery center. An NGO that can be visited in one or several days (they accept volunteers, although paying). In one day’s visit, you will prepare the elephants’ food, feed them and bathe them in the river as well as learn a lot about them and their needs. There it is not mounted.

The center is past Kanchanaburi, something away from Bangkok, but you can go and return in a day if you feel like it. The experience is worth it. It costs about 2500 THB per person with lunch. To this, you must add the transport that must be private and will cost you about 4000 THB more per van (9 seats). 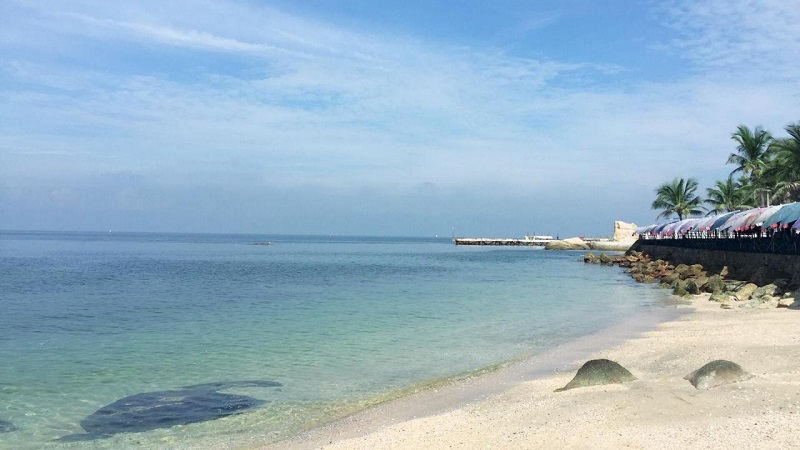 Ideal for: Knowing a beach town without tourists

Bang Saen is a beach town that is relatively close to Bangkok. Its beach is not beautiful, so there you will hardly find foreign tourism. The town is basically a destination for Thais who seek to go see the sea and, above all, eat some seafood on a sun lounger in the sand with a good parasol that protects them from the sun, which they fear so much. Again, Bang Saen is recommended for those who already know other destinations or really want to experience the most local Thailand. 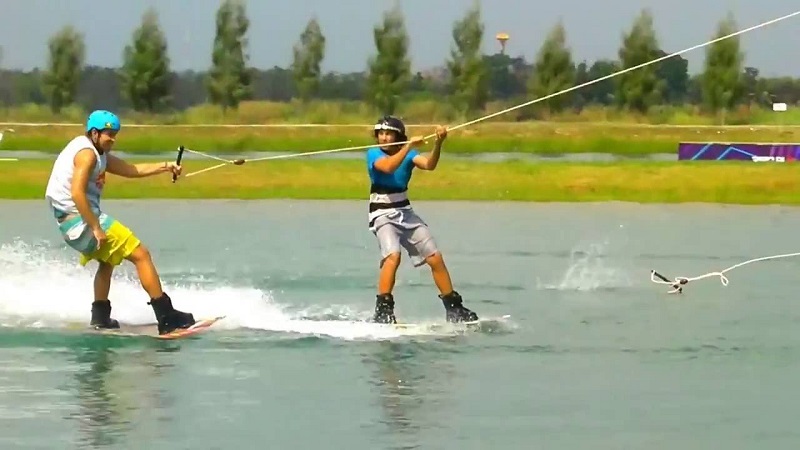 Ideal for: Doing an alternative activity

This proposal is something different. The Thai Wake Park is a park that is practiced in Wakeboarding, waterskiing threw in which the skier is pulled by a cable. The park has 3 lakes and one of them is for novices, so if you have never practiced this sport you can learn there. The park is about an hour from Bangkok and it is somewhat difficult to reach it, it is recommended to have GPS.