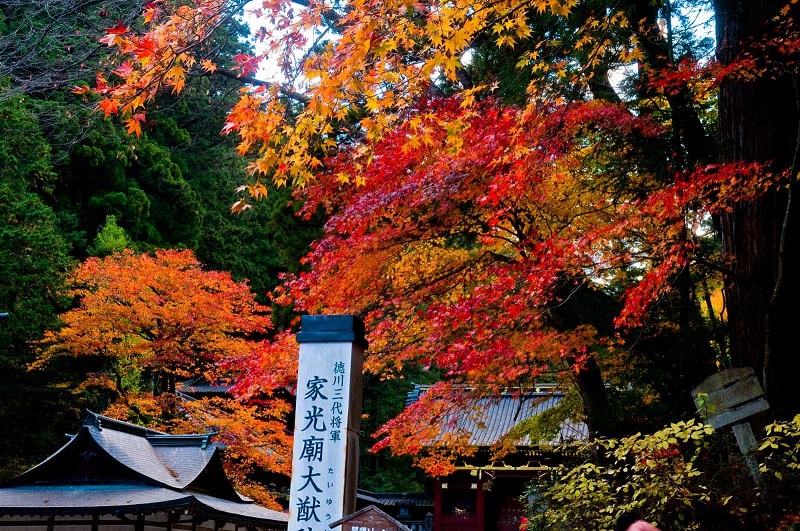 Tokyo is a huge city, with many places to visit and enjoy. However, in its surroundings, there are also other cities or places that are worthwhile and that have their own charm. In this article, we leave six-day trips from Tokyo.

Some are close and can be visited more relaxed, and others are further away and the JRPass is necessary or convenient. Probably on a first trip (unless you do about three weeks) it is impossible to visit them all, but since each one has different tastes, we leave different options and you already decide which places interest you most. And those who can not visit on a first trip, you can always leave them for a second time.

The best day trips from Tokyo 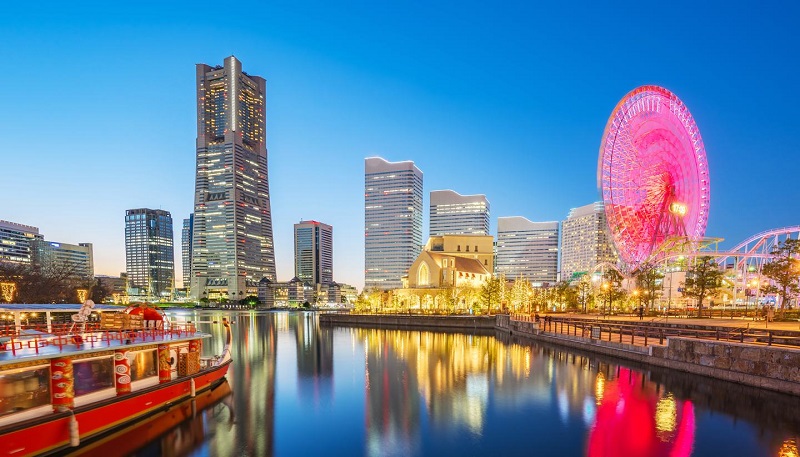 Yokohama is a coastal city near Tokyo (about half an hour). When Japan began to open to the outside world, for various political reasons, the port of Yokohama was put as the main port for ships from different countries to arrive. That led to a strong growth of what until then was a small town, and which today has become the second-most populous city in Japan, just behind Tokyo. It is one of the best day trips from Tokyo.

Yokohama has several tourist attractions, but the most famous is the area of China Town (a small China within Japan) and the port, where is Minato Mirai 21, a place with beautiful views. But it also has other sites and activities of interest, such as the instant ramen museum or the Kirin brewery (which can be visited and tasted three beers after the tour), the Landmark Tower observatory which is one of the highest in Japan , a small amusement park called Cosmo World , some beautiful parks and gardens.

In the case of Yokohama, we do not recommend spending a day of JRPass to go, since the ticket is quite economical. 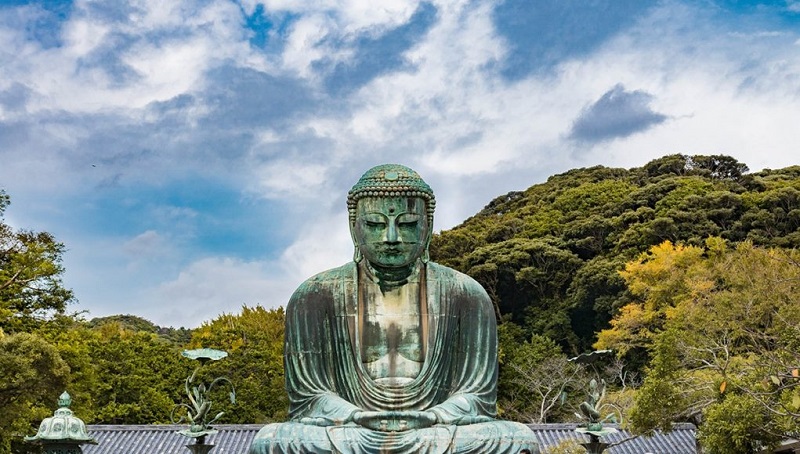 Kamakura is a small coastal city in Kanagawa Prefecture, less than an hour south of Tokyo. Sometimes called the little Kyoto of eastern Japan, it is a very popular tourist destination, as it offers numerous temples, shrines and other historical monuments. In addition, the sandy beaches of Kamakura attract large crowds during the summer months. And very close to the beaches of Kamakura we have the island of Enoshima.

Enoshima is a small island, nicknamed the Dragon Island. Although it really belongs to the city of Fujisawa, it is usually linked to Kamakura because of its proximity. It is a very interesting and popular place among Japanese couples to have an appointment there. Partly because it is a secluded place with pleasant views and partly because of things like the bell of love. It is one of the best day trips from Tokyo.

If your trip lasts a short time and you do not see it possible to travel to remote places, we recommend you go to Kamakura. Its temples and shrines are not as famous as those of Nikko, but they are very beautiful. Of course, in the case of Kamakura, we do not recommend spending a day of JRPass to go, since the ticket is quite cheap. 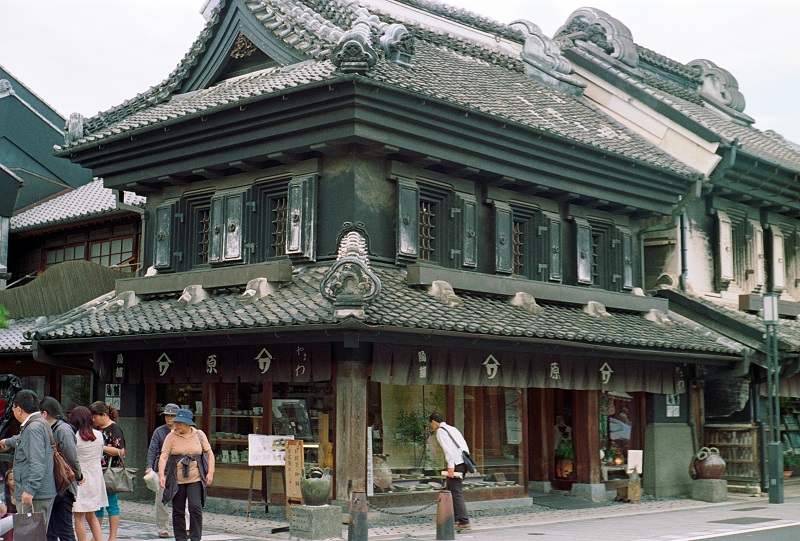 Kawagoe is a city ​​30 minutes by train from Tokyo and is famous among the Japanese population for two things. The first is to be a “little Edo” (former name of Tokyo) because for political and logistical reasons it was a city that prospered a lot and inherited many aspects of Edo’s culture and architecture. The second is because of its black houses, which saved the city from being bombed during World War II. Being painted black, from the planes they thought they were already burned. But if these two reasons do not convince you, tell you that in addition, Kawagoe has a street dedicated to sweets and candies!

It is not usually a very famous place among foreign tourists, but as we say it is quite popular among the Japanese. It may be a good option if you have days left in Tokyo and want to visit something different and not so crowded with tourists. Of course, in the case of Kawagoe, we do not recommend spending a day of JRPass to go, since the ticket is quite economical. 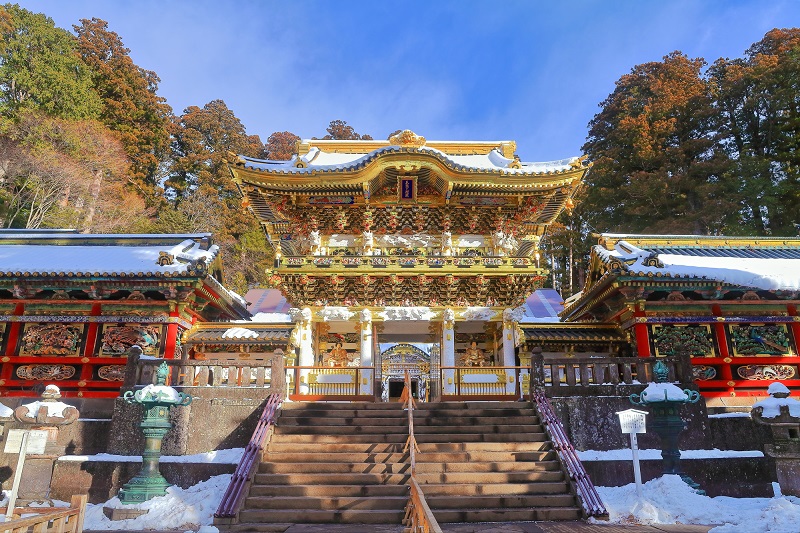 Nikko is a city located in the mountains of Tochigi Prefecture, in the Kantō region. This city is very famous among tourists for its series of sanctuaries and sacred precincts, its spas of hot water (onsen ) and for its wonderful natural beauty. The beautiful Chuzenji lake and the impressive Kegon waterfall, 97 meters high, are 45 minutes away by bus. In 1999 its set of temples and shrines was declared by UNESCO as a World Heritage Site.

The most famous sanctuary in Nikko is the  Toshogu sanctuary. Among the Japanese, it is known as the sanctuary where the Tokugawa Ieyasu mausoleum, the first Tokugawa shogun and one of the unifiers of Japan. Some foreigners do not know Tokugawa and this data has no relevance for them. But since it is an important sanctuary, it is logical that it is a spectacular and very beautiful sanctuary. As a curious fact, in this sanctuary, you will find the three monkeys that cover their mouths, ears, and eyes that appear in the WhatsApp emojis. It is one of the best day trips from Tokyo.

Nikko is a somewhat strenuous day trip because to take advantage you have to get up early and catch a train early since the journey takes about two hours and the sanctuaries close early. It is also advisable to do it while having the JRPass since going there without JRPass can be quite expensive.

Kanazawa is a city located in Ishikawa Prefecture that in recent years has begun to gain popularity among tourists thanks to the inauguration of the Hokuriku line of shinkansen that connects  Tokyo with Kanazawa in just 2 and a half hours.  This makes it feasible to visit the city on a day trip from Tokyo for one day. We can see the vast majority of important tourist points of the city.

For those who travel for a few days and cannot go to Kyoto, it is a very good option. But also for all those who are interested. And in Kanazawa, we can also see part of the more traditional Japan, with old samurai houses and geisha neighborhoods. In addition to one of the most beautiful gardens in Japan and an imposing castle, among other things.

Read more- 6 things to do in Lake Tahoe 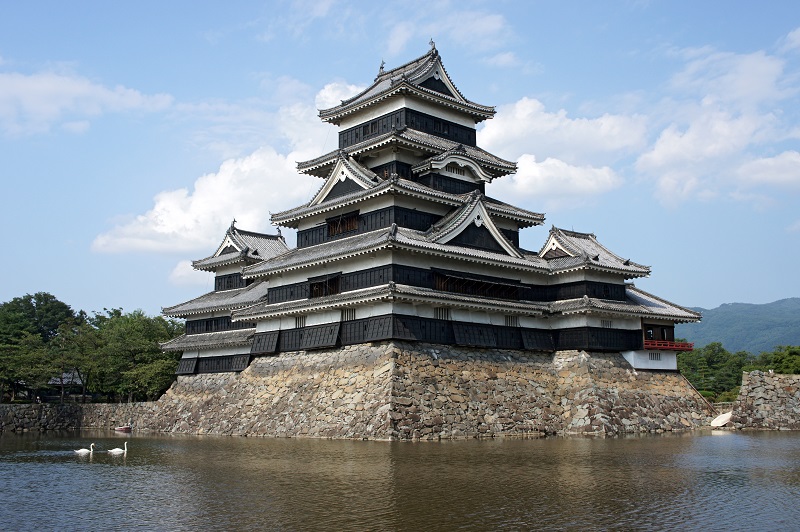 The castle of Matsumoto or Matsumoto-jō considered one of the three most beautiful castles in Japan. Along with that of Himeji and Kumamoto. It is also one of the only four castles of original construction that are currently left in Japan. No wonder then that some of its parts have been declared National Treasury of Japan. It is one of the best day trips from Tokyo.

Matsumoto is a city where there is hardly any foreign tourism, but national tourism. Therefore we recommend it as a destination for those who do not want large crowds. For example, Himeji Castle is beautiful, but it is always full of tourists. Matsumoto Castle is a good alternative. The city is also beautiful and quiet, with beautiful mountain views and picturesque streets.

You may like- Honeymoon in Japan: all the tricks to plan the trip to the fullest