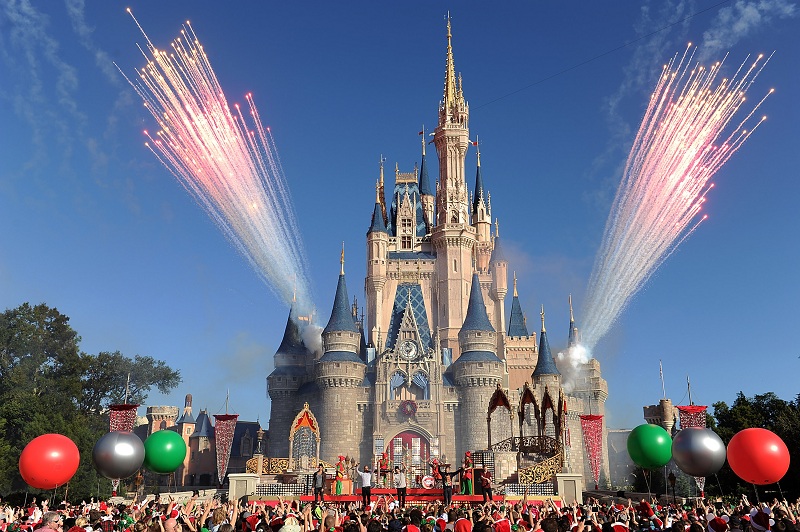 Top 10 Amusement Parks In The World

Theme and amusement parks – a classic family holiday. Merry-go-rounds, water slides, life-size puppets, fast food, and sweets – this is how ideal rest looks when you are between two and twelve years old. Children just love amusement parks, which can’t be said about adults. But if you are a parent, then sooner or later you will still have to visit at least one of these amusement parks during the holidays. Fortunately, many of them are located in beautiful places, where adults will find something to do in their spare time. 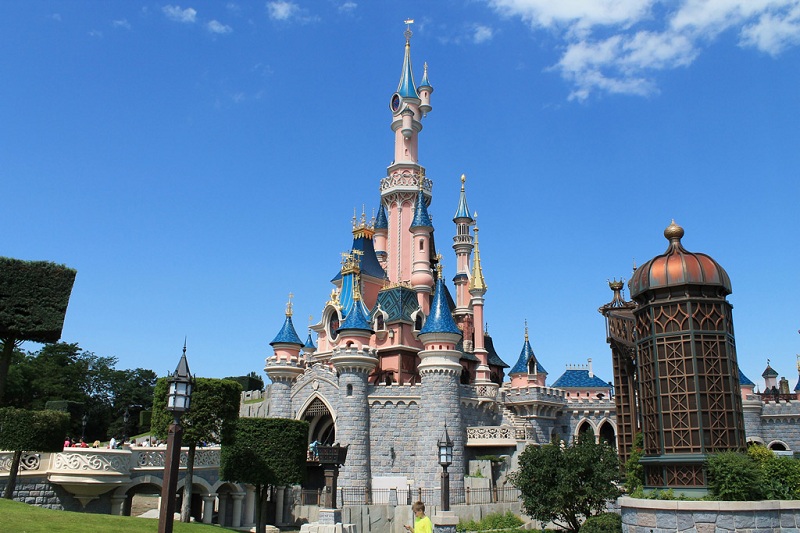 First place in our ranking is Paris Disneyland. This park is loved by many parents around the world, firstly, because it is rather compact compared to its American counterparts, and secondly, because it is just a few dozen kilometers from Paris. 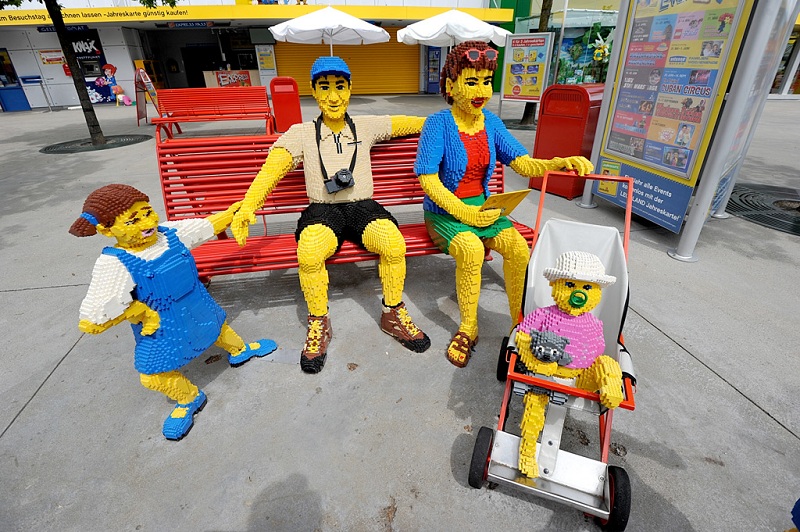 German Legoland is located in the town of Günzburg, near Munich. Little Lego fans will be delighted with this place because everything is made from the details of this designer!

Visiting the park is easy to combine with a trip to the capital of Bavaria. In addition to the legendary beer and historical center, there is worth visiting the Old and New Pinakothek. And be sure to set aside one day for a trip to the castle of King Bavaria Ludwig II “Neuschwanstein”, which, by the way, served as a prototype for the famous castle-symbol of Disney’s studio. 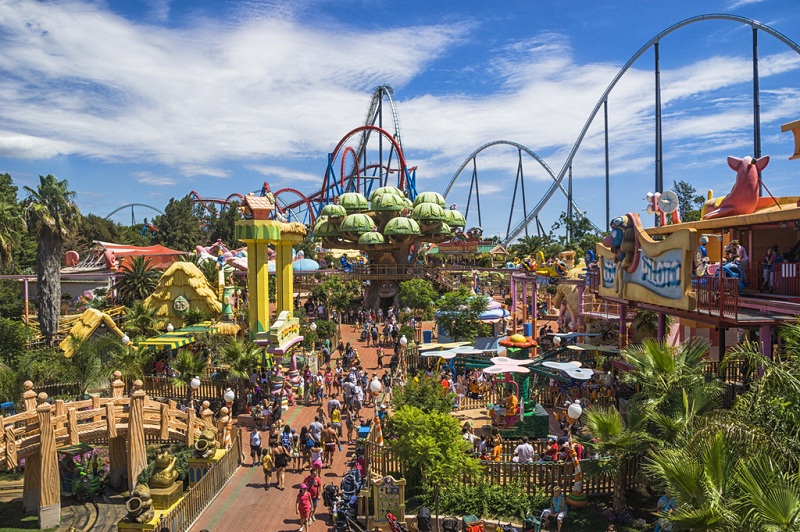 The biggest plus of Port Aventura Park is its location. It is located on the Costa Dorada, near the town of Salou, ideal for a beach holiday. You can stay in Salou itself or in any of the nearby coastal cities and from there make forays into the park, Barcelona and Tarragona. And you can stay in Barcelona; from it to the park no more than an hour by car or an hour and a half by train. 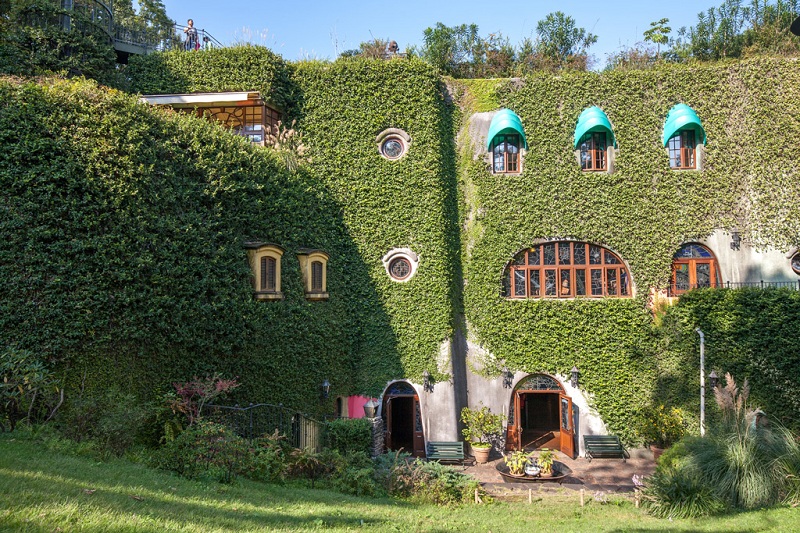 Ninja Museum, sumo wrestling, gorgeous pagodas and parks, sushi bars and the Tsukiji fish market – in Tokyo it’s definitely not boring for both children and adults. Not far from the Japanese capital you will find two amusement parks at once – the familiar Disneyland and the unusual, much more Japanese park-museum of the Ghibli studio, created by the great master Hayao Miyazaki. 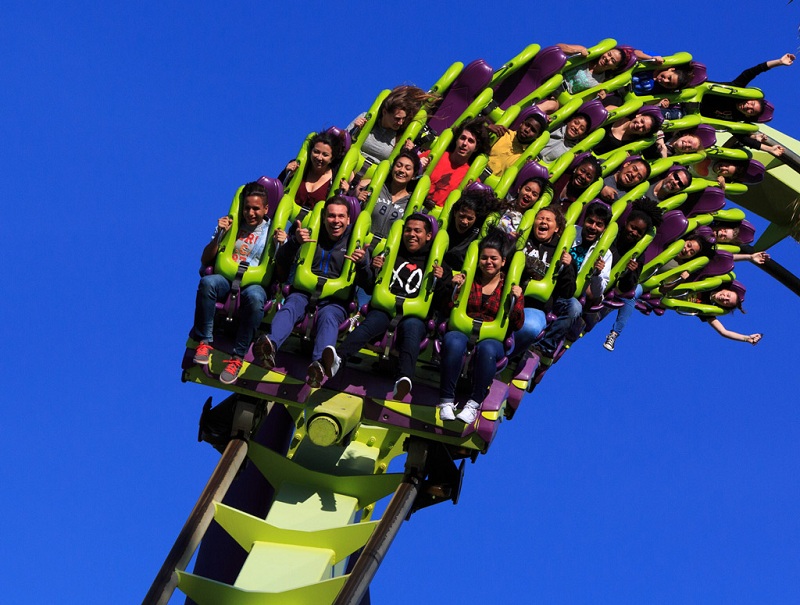 Everyone knows that the world’s first Disneyland and the luxurious Universal Park, dedicated to the blockbusters of the same-name studio, is located next to Los Angeles, but not everyone has heard of Six Flags, a classic amusement park. Most of the Six Flags slides are designed for teenagers and adults, but there is more than enough entertainment for preschoolers there.

By the way, in Los Angeles will not be bored and those who are not interested in attractions: beaches, shopping, luxury parks, and museums and, of course, the famous Walk of Fame – this city will not leave anyone indifferent. 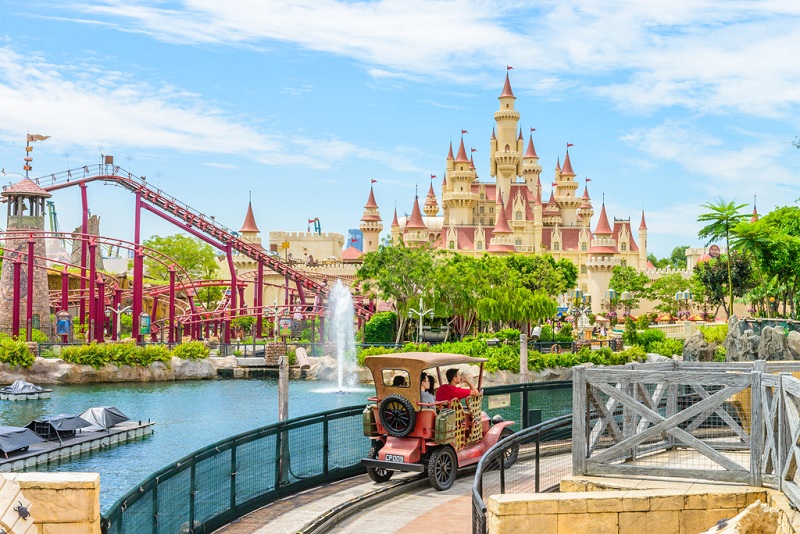 Of all of Southeast Asia, Singapore is best suited for family holidays. The city provides infinite entertainment opportunities for young guests: the famous night zoo, great beaches, and numerous children’s museums. Adults will surely enjoy the combination of ultramodern and colonial architecture, shopping and Singaporean cuisine. A few years ago, Universal Studios Park was opened on the Singapore island of Sentosa; compared to the American counterparts, this is a relatively small park, but it is quite enough for a trip to Singapore to be an unforgettable adventure for your child. 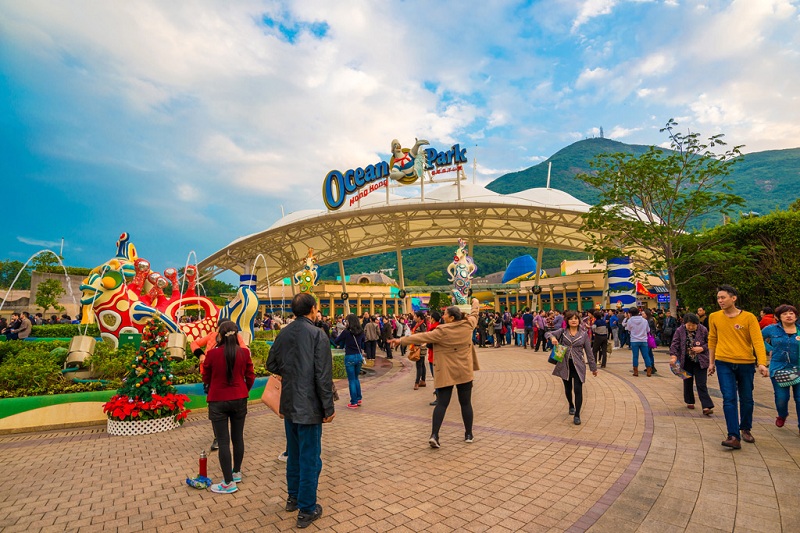 Ocean Park in Hong Kong is a great way to combine business with pleasure, as not only a water park and roller coaster, but also a zoo and aquarium are located on its territory. The most interesting thing here is an aquarium with a variety of jellyfish, which will not leave indifferent even adults. You can get to Ocean Park by taxi or bus both from the city center and from Victoria Peak. So, if you are just a day or two away in Hong Kong, try combining your peak visit with Ocean Park, just keep in mind that for a child such a program will be quite tedious. 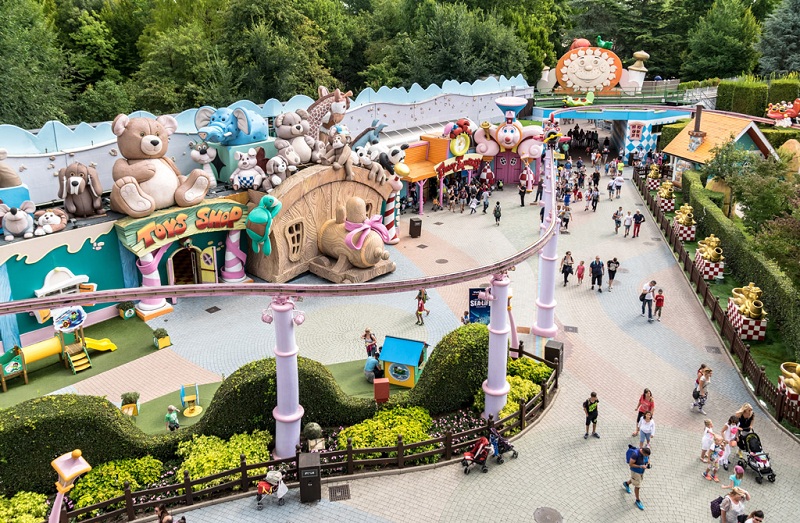 If you are planning a trip to the north of Italy with children, be sure to drop by this park, it is located just along the road between Venice and Milan, on the shore of Lake Garda, just a few minutes drive from Verona. This is the largest amusement park in Italy, with its own water park, aquarium and a separate area for kids. If you try, you can get around it in one day, so it is not necessary to look for accommodation nearby. But if you like to do everything in detail, it is better to spend the night in the nearby town of Peschiera del Garda or in one of the campgrounds near the park. Directly in the park, there is an (expensive) four-star hotel. 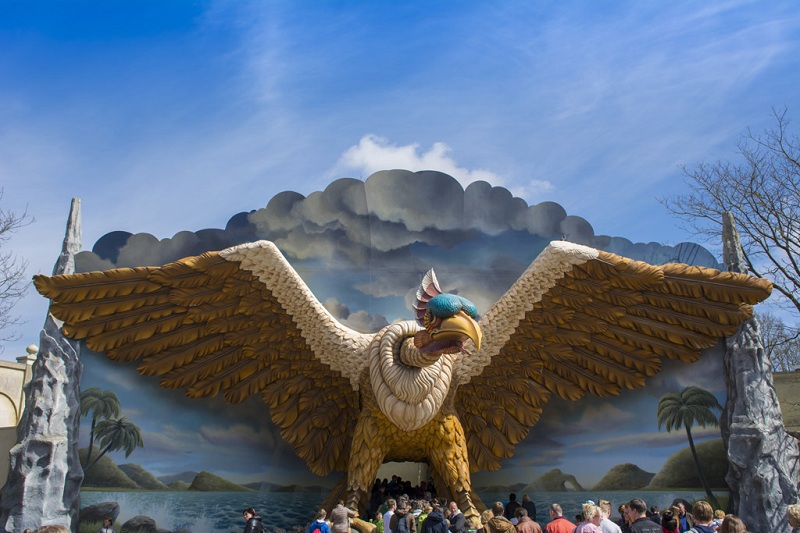 If you dislike Disney and prefer to raise a child in classic fairy tales, then Efteling Park will suit you perfectly. The same rides, roller coasters, and merry-go-rounds, but in slightly more classic and relaxed surroundings. From Amsterdam to Efteling is easily accessible by train or car, but we still recommend staying in the park for at least one night in order to manage to go around the whole territory, it is quite large. Efteling is one of the few theme amusement parks in Europe that operate all year round, so it’s not necessary to plan your visit for the summer, you can choose a season more suitable for visiting Amsterdam. 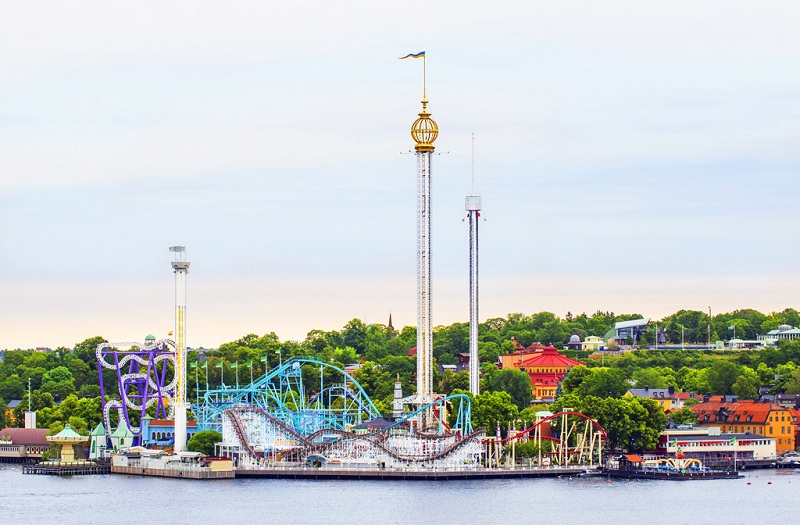 Stockholm is the perfect city for a long family weekend. The main children’s entertainment is located on Skansen Island: the Junibacken Museum, dedicated to the heroes of Swedish fairy tales, the ship museum of Vass, the aquarium and, of course, the amusement park Granlund. The pearls of Grenalunda are the Petson and Findus hut where children can play for hours and the observation wheel. Adults will surely like the old city and the Drottningholm Palace not far from Stockholm; modern Swedish cuisine is sure to please everyone, regardless of age.