What to do in medan: the capital or north sumatra

Known as the gateway to the north of the island of Sumatra, Medan is one of the most important cities in all of Indonesia. With a past always associated with trade, Medan is a perfect example of cultural miscegenation. It is the traditional culture of Sumatra, Chinese and Indian culture. The years of Dutch domination, European culture have been merged throughout history. Here, we will discuss What to do in Medan.

If your idea is to travel the north of Sumatra, you should not miss a few days in the city and know its most interesting corners.

What to do in Medan 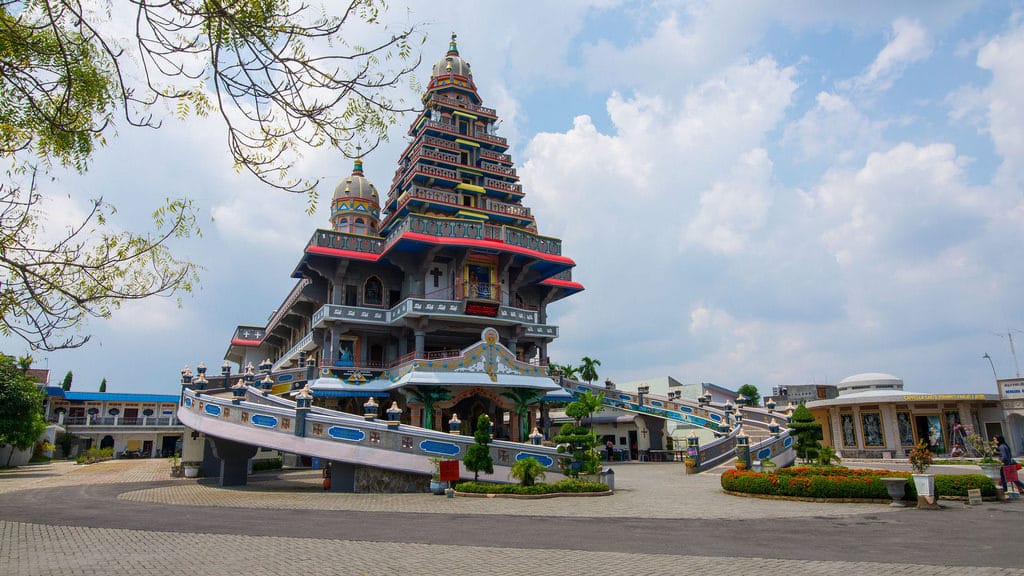 Located in the Strait of Malacca, Medan gained its importance thanks to the tobacco plantations, becoming thanks to its export. in a very important commercial city on the routes that linked Europe with India and Southeast Asia. This strategic importance made Medan a very important city throughout the Dutch colonial period until the independence of the country.

This commercial importance made Medan a city open to all kinds of cultures. It is establishing a strong Chinese community and during the colonial period a strong presence of the Indian community. This melting pot of cultures you can check visiting the following points of interest in the city. 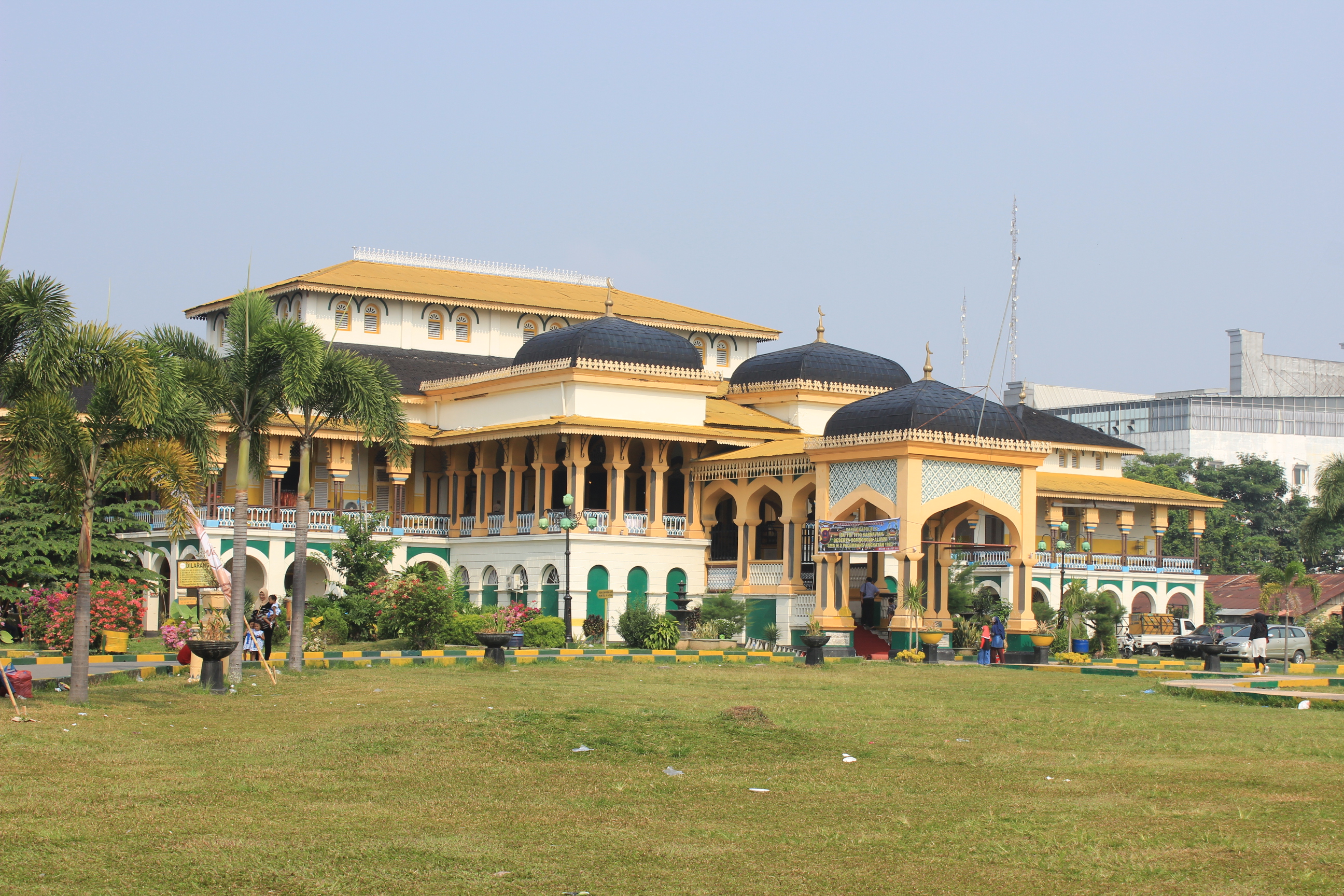 The city of Medan was the capital of the ancient Sultanate of Deli. BBuilt-in1881 by the ninth monarch of the sultanate as its royal palace, today the palace is open to the public as a museum. The museum exhibits objects related to the history of the Sultanate and the city of Medan.

The Istana Maimun Palace is open every day from 8 am to 6 pm, except on Fridays that closes from 12 pm to 2 pm because it is the day of prayer. The price of the ticket is 5,000 IDR. 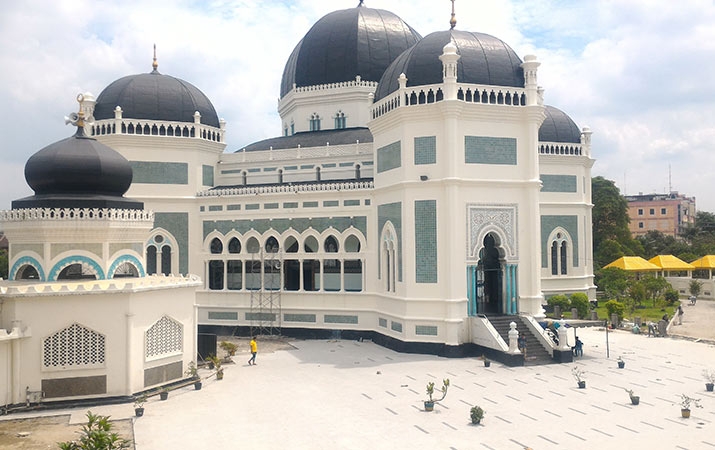 The Mosque Raya Al Mashun, is the most important mosque in the city. Known as the Great Mosque of Medan, it was built in the year 1909. Its architecture mixes elements characteristic of the Middle East, Andalusian Spain and elements of India. 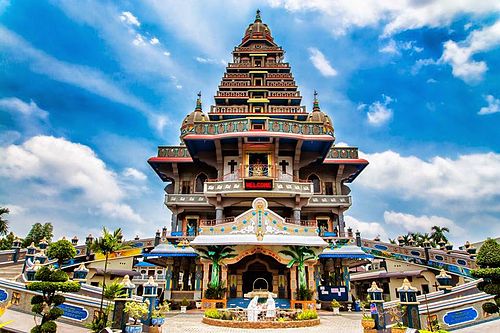 One of the best examples of that great cultural wealth that Medan has is the Graha Maria Annai Velangkanni Church or the Church of the Virgin of Our Lady of Health. Catholic Church of the Tamil Christian community (India) of Medan, Graha Maria Annai Velangkanni stands out for its unique architecture in the world. With elements more typical of a typical Hindu temple than a Christian church. 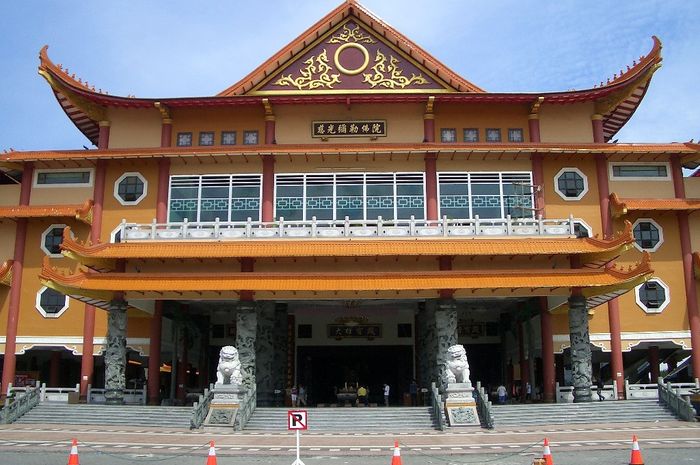 Known to be the largest Buddhist temple in all of Indonesia. It is the Vihara Maha Maitreya Temple was built in 1991 and is the most important temple for the entire Buddhist community of Chinese origin living in the city. 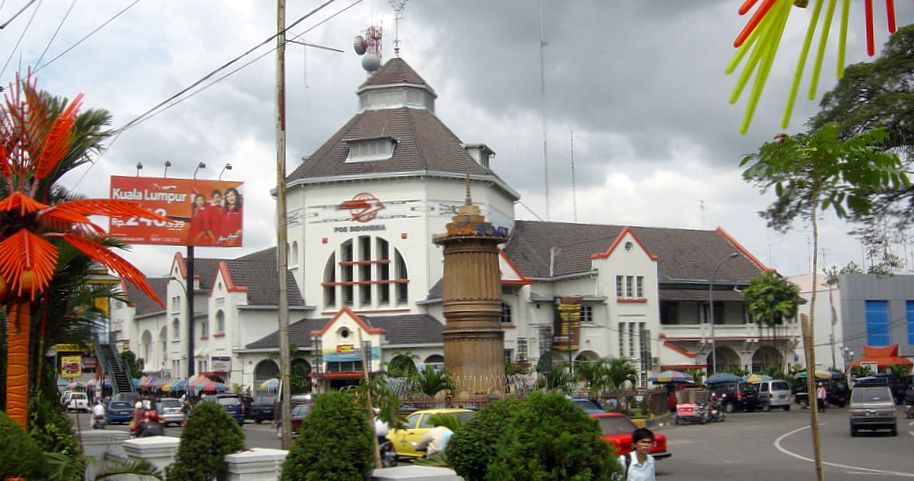 Built in 1911, the Medan Post Office is the best preserved building of the entire Dutch colonial period. The Governor’s Building also stands out from this period.

Enjoy the food in Medan

Without a doubt, the best thing that Medan has is the food. This cultural mix is enjoyed all over the city but especially in the so-called Chinatown of Medan or the area of Semarang. In Kampung Keling or Little Indi, a but above all at night in the famous Merdeka Walk, right next to the Popular Merdeka Square. In each of these places you can find numerous restaurants and get to know the best of the typical cuisine of Sumatra, India or China.

Where to sleep in Medan

The best area to stay in the city is called Old Medan, the old area. Here they are to little distances to each other, the main points of interest of the city, with what allows to be able to cross the zone walking.

How to go to Medan 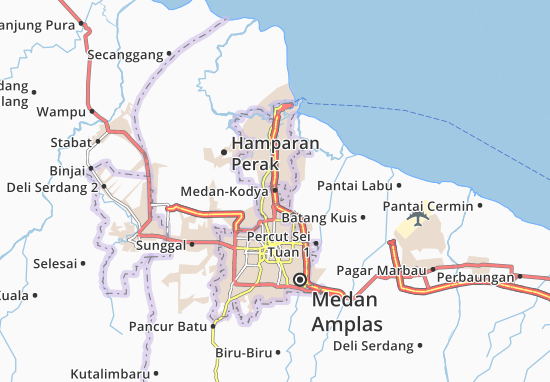 The Medan International Airport is located 40 km from the city. To go to the center you can take the Rail Link, which completes the journey in just 45 minutes to the Medan Train Station. Rail Link operates from 5 am to 9 pm and the price of the trip is 85,000 IDR. Alternatively, it is also possible to go in the official taxis that operate at the airport (approximately IDR 220,000).

In turn, Medan offers bus connections (Terminal Extensias and Terminal Pinang Baris) and train with the main cities in the south or north of Sumatra. Such as Banda Aceh, Berastagi, Bukit Lawang, Bandung, Bukittinggi or Padang. Hope that you may clear what to do in Medan.