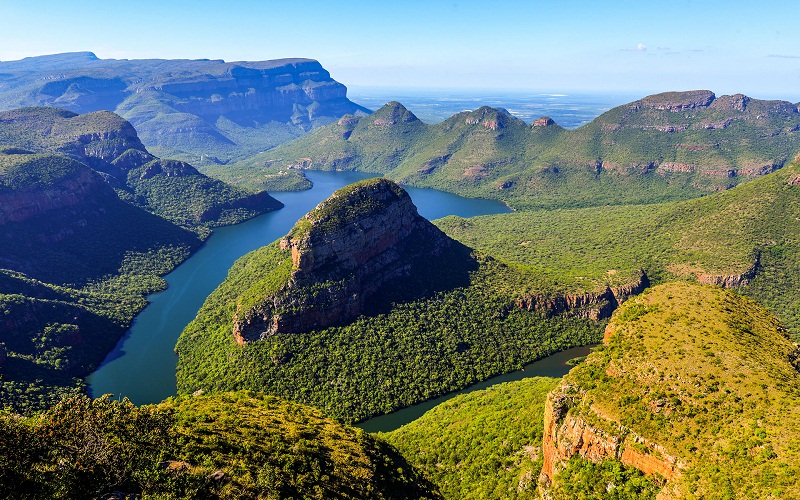 Blyde River Canyon– For our honeymoon trip we chose something less common than what we are accustomed to listening to people do. We did not want a honeymoon to lie on the beach and do nothing for a couple of weeks. Our trips, as you know, tend to be non-stop and make the most of the few days of travel that we usually have. This trip could not be less, so we decided to take a trip to South Africa with an extension to Victoria Falls in Zimbabwe. In this blog post we will talk about the first day of this trip, the route we took to get to the Kruger National Park and the places we saw along the way: the Blyde River Canyon and the Bourke’s Luck Potholes.

For this trip we do not complicate to plan all of us. We had enough with the wedding  to think about what to visit during the honeymoon. Surely in another situation we could have done it on our own, but doing several safaris and excursions was much easier in this way.

Here you can see the video version of this day of the trip:

After many hours of travel, we arrived in Johannesburg. We go directly to the hotel to rest. We see that it is a resort away from the center of the city. In this resort there are several hotels, a casino and an interior shopping street that looks like Las Vegas! A ceiling with painted sky, a statue of David by Michelangelo and some streets that imitate Italy … 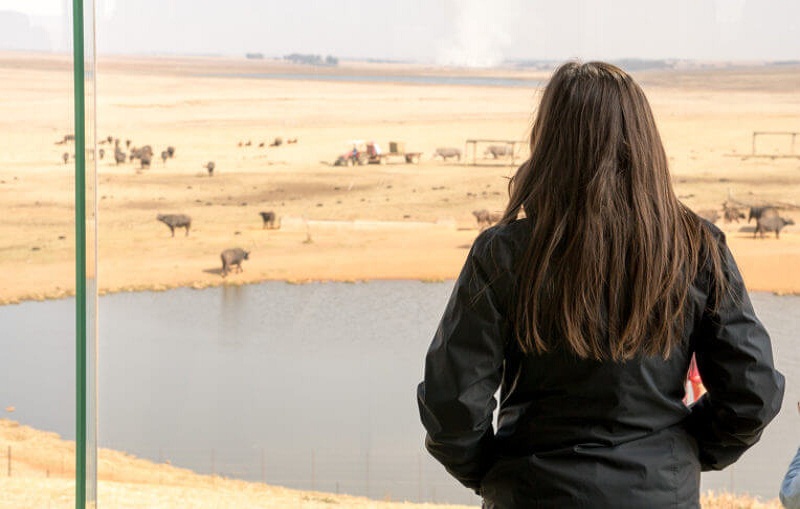 We woke up and took our strength in the breakfast buffet at the hotel. At 7:30 in the morning we left Johannesburg, this time by road, in the direction of the Mpumalanga region. In this region you will find the Kruger National Park. We have about 500km of travel so it will be a few hours of travel. Come on, it’s going to be worth it!

We see the first animals

After 2h of trip we make a technical stop to stretch legs and go to the toilet. We are in a service area of ​​the Nkangala region called Alzu Petroport. What we have not been told is that from the bathroom we would see the first animals of the trip. In this resting area they have several rhinos, ostriches and buffalos. A good claim for tourists to stop, buy something in the souvenir shop or simply put gasoline. A pity that these are not free …

Before leaving the service area we take a selfie with a lying elephant. We send the photo to the family and they respond scared: “Is it really?”😂 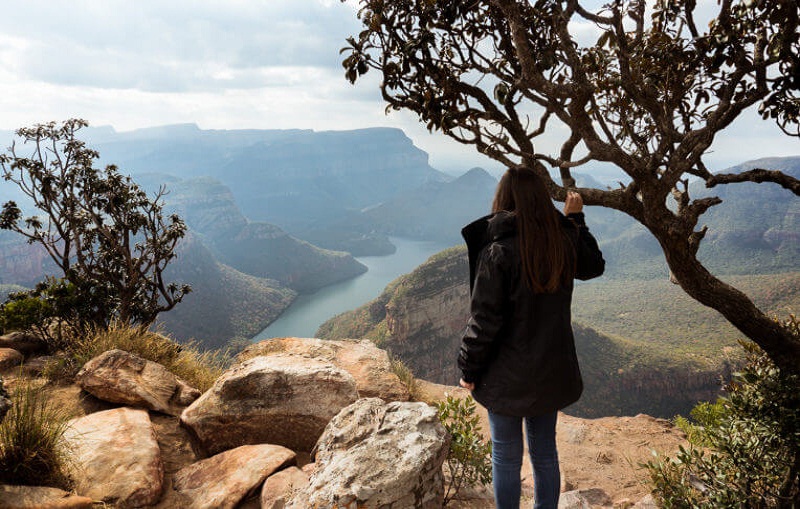 Near the Kruger National Park is the Blyde River Canyon. This canyon is the third largest in the world after the Grand Canyon of the Colorado (USA) and the Fish River Canyon in southern Namibia.

It’s almost 2:00 p.m. and we get to the Blyde River Canyon. The landscape is spectacular. It has been worth it to deviate a bit from where our lodge was to see this wonder of nature. We stayed for a while admiring him and taking photos.

We arrived at Bourke’s Luck Potholes, 30km from the Blyde River Canyon. This is where the previous canyon has its beginning. This place offers us a landscape very different from the previous one. From above we can see how the rocks of the river have been pierced almost perfectly. In addition, the reddish color of the rocks gives it even more charm.

Before getting off the bus they warn us to be careful with the baboons. In this same place, a week before our visit, a boy took out a selfie stick to take a picture. The baboon on seeing the stick thought he was going to be attacked and bit the poor boy in the head. They had to take him from the emergency room, since the baboons have a lot of force in their fangs. Moral: the stick selfies are bad, far away!

The Window of God 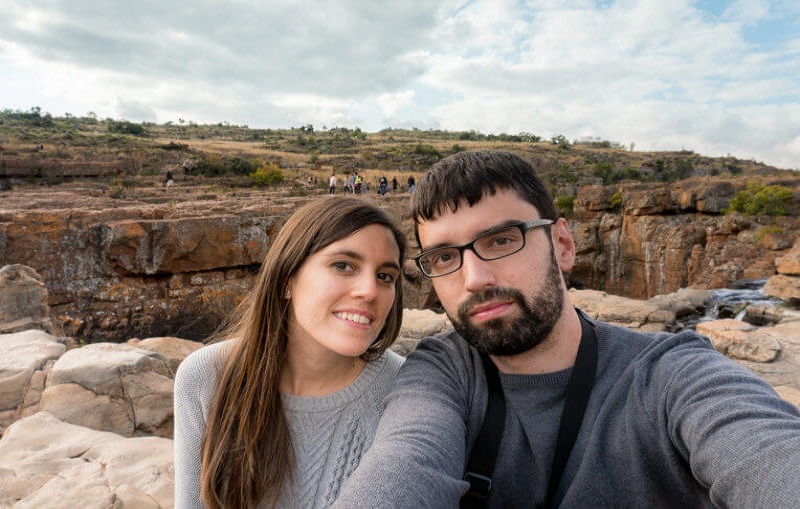 We got on the bus to go to the last stop of the day: the God’s Window. It is a balcony with beautiful views. We left there somewhat disappointed. We expected something more spectacular, really, but we came from two very difficult places to overcome.

We arrived at the Hotel of the Kruger National Park

We arrived at the hotel. The truth is that we already want to travel so much makes you dust … The Lodge is the Hulala Lakeside Lodge : a hotel next to a lake and with separate houses per room. We rested for a while walking around the room to make time for dinner.

We had dinner with a group of Spaniards talking about travel battles. A very entertaining dinner. The food at this hotel is spectacular, especially the meat. Half-board includes dinner but not drinks, which must be paid in cash (Rands) during dinner. This scared us, since we thought that the prices would be very high, but in the end they have turned out to be quite acceptable (about $ 2 per drink to change).

For a change, Laura and I do not agree. Laura liked the Bourke’s Luck Potholes more than me and the first stop of the Blyde River Canyon. Which ones have you liked the most? Leave us a comment and tell us what you think!