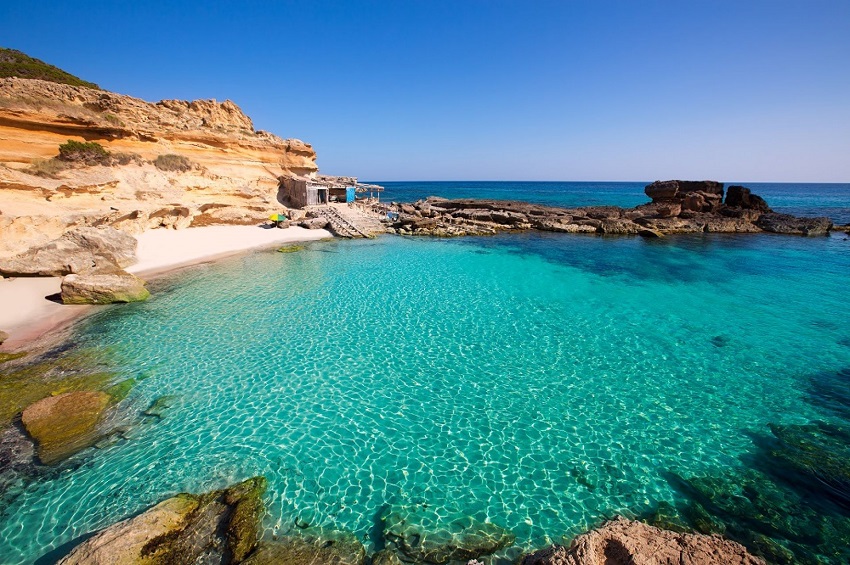 Honeymoon in Formentera: the pearl of the Mediterranean

Honeymoon in Formentera: the pearl of the Mediterranean. Formentera is the ideal destination for those who have just put the wedding dress in the closet after the wedding. Yes, because after all the stresses accumulated in the organization of the wedding, there is nothing better than a period of relaxation on an island … And that island! This fabulous Spanish destination is part of the Pitiuse Islands, in the Balearic Island. Its surface is not very extensive and this gives it exclusive characteristics. In this article, we explain all the secrets of the “last paradise of the Mediterranean”!

Identity and character of the island 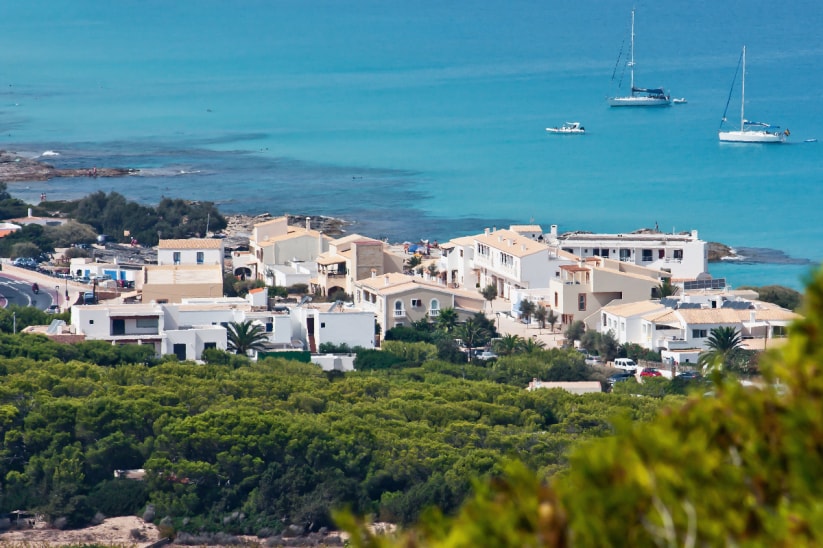 For starters, it is important that you know that Formentera is very different from its neighboring Ibiza. The latter, in fact, has for years been given over to the excesses of partying tourism. Which makes it famous all over the world for its nightclubs. The island of Formentera has instead managed to preserve a peaceful character. Nightlife is not lacking, but it is limited to places where to eat ice cream, sip a glass of wine or drink a fresh beer. It is one of the best places in Honeymoon in Formentera: the pearl of the Mediterranean. Formentera is the ideal destination for those who have just put the wedding dress in the closet after the wedding.

The island is particularly known for its hippie spirit: in San Ferran. You can find the legendary Fonda Pepe, a historic meeting point for lovers of peace and free love. Despite the increase in tourism that occurred in the sixties, this place did not let it transform and you can enjoy all the beauty of a clear sea, clean beaches. And unspoiled nature: for all these reasons Formentera is the ideal destination for exchange romantic phrases while you enjoy a long aperitif in a chiringuito by the sea.

The beaches of Formentera 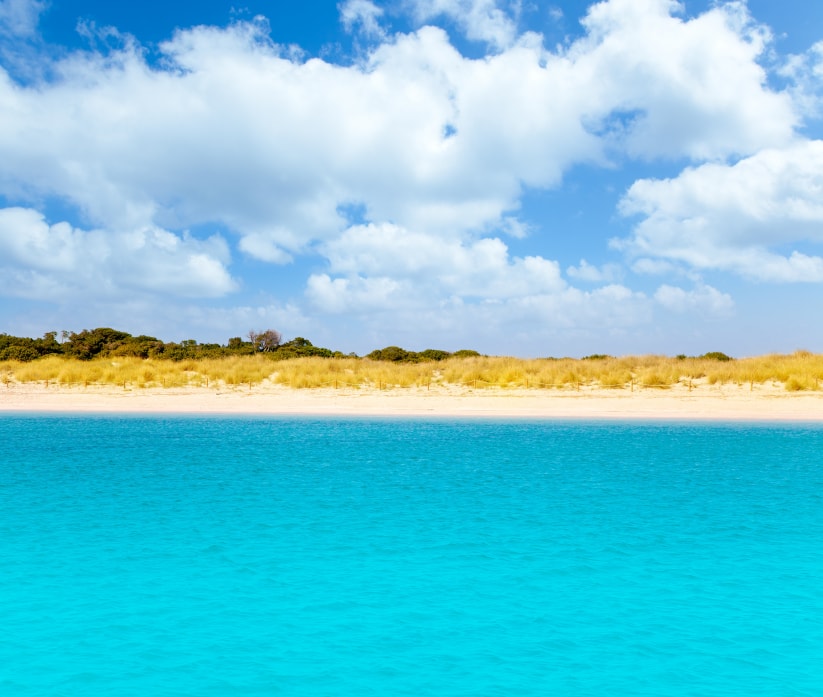 All the beaches of Formentera are wonderful. But if you had to make a ranking of the best, certainly the first places would appear those of Illetes and Llevant: their white sand and the Caribbean sea on which they are overlooked are among the strongest attractions to tourists. If you are looking for more secluded places. You can count on the discretion of Cala Sahona and Migjorn beach. The first boasts a picturesque blue sea that stands out against the red of the rocks, while the latter – despite being one of the largest – remains secluded due to its location at the extreme south of the island. Finally, without much effort, you could visit the islet of Espalmador. Where you will find only the sea, nature and a large number of animal species.  It is one of the best places in Honeymoon in Formentera

The curiosity that maybe you did not know 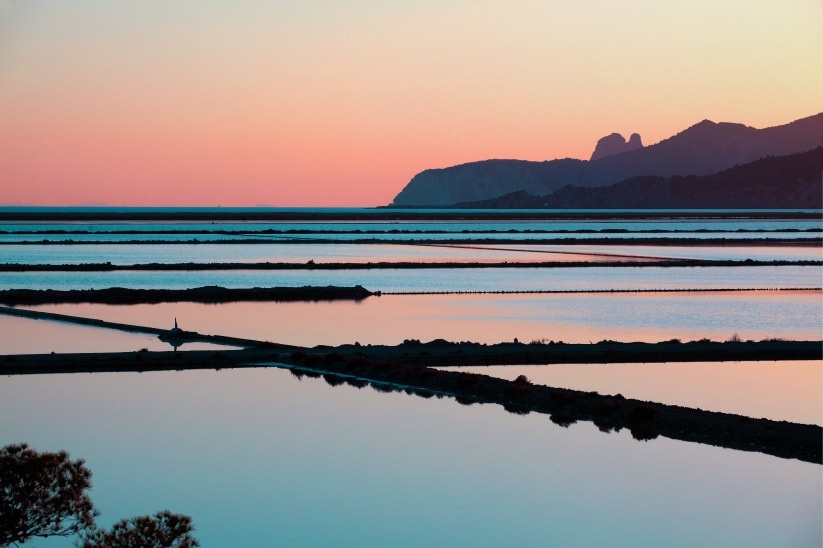 We have mentioned that Formentera is a small island. But to be precise it is the less extensive of the Balearic Islands: its surface is 83.2 square kilometers and its population is around only 5 thousand inhabitants. This figure is however to be considered fictitious during the summer season when the number even tends to duplicate!  It is one of the best places in Honeymoon in Formentera

On the island, there are also famous salt pans that, during the process of salt crystallization, take on the pink color. It is the same that infects the feathers of the flamingos that feed on the micro-organisms present in the pools themselves. Unfortunately, diving here is allowed only with permission from the Insular Council. But you can admire and photograph from the outside the spectacular color games that the salt pans offer, especially in the morning and at sunset. But it did not end here: do you know what is the secret of the clarity of the Formentera sea? It is called Prairie of Posidonia and is a submarine plant species declared by UNESCO as a World Heritage Site for its ability to purify water.

Maybe you did not know it, but in Formentera, naturalistic tourism is really thriving. That’s right, on the island you can not only do the classic “sea life”. But undertake a series of interesting excursions immersed in its special nature. Think that the City has prepared 20 routes that tourists can travel on foot. Or by bike to reach and get to know the most beautiful places on the island.

Finally, an uncomfortable but obligatory note. The inhabitants of Formentera are rather intolerant to the attitude of many Italian tourists who frequent the island, cackling aboard the scooters they rent to move from one end of the territory to the other (think that, for this reason, they call them “scooter” “). However, we are sure that your attitude towards this tempting destination will be marked by respect for the inhabitants of the place, to preserve the peaceful atmosphere that the island reserves to your phrases of love. 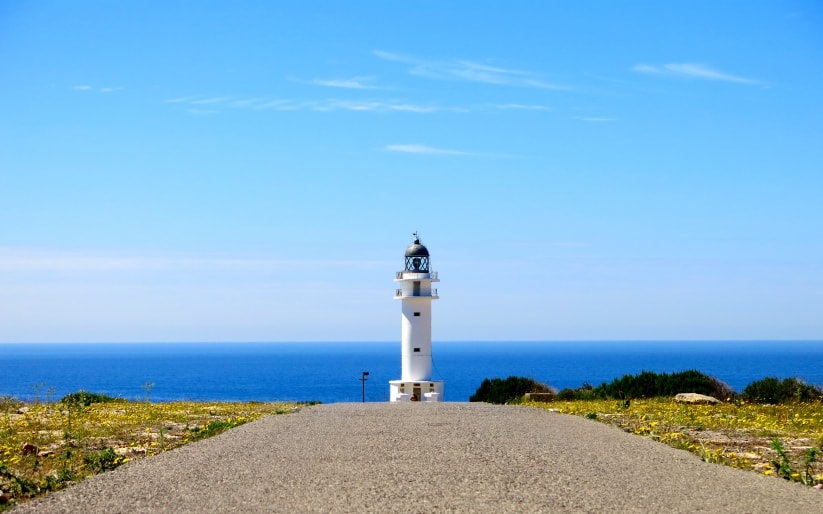 Finally, here is some service information. To reach Formentera you will first have to fly to Ibiza airport and from there take a ferry.

If you have just worn a winter wedding dress for your wedding. Wait a while, but not too much: the best months to visit the island are in fact May and June. When tourists are still few and the climate is milder. In this regard, here is useful advice. Since the island is not very large. It goes without saying that you should book a few months before the holiday. So as not to risk sleeping under the stars. The facilities there are few, but varied for all tastes: hotels, farms, residences, campsites, and hostels to choose from depending on the price you are willing to pay.

In general, the climate of Formentera is warm-temperate, with the minimum temperature that – even in winter – never drops below 9 degrees. In summer, however, it is around 25 degrees, up to October! The rains, then, are not frequent throughout the year.  It is one of the best places in Honeymoon in Formentera.

What do you think of this honeymoon destination? To us, it seemed a great compromise between relaxation and hiking, comfort and exclusivity. If you have not yet decided on the theme of the wedding, moreover. This idea could make you opt for the maritime one … Are you ready to search for beautiful starfish for your wedding favors?