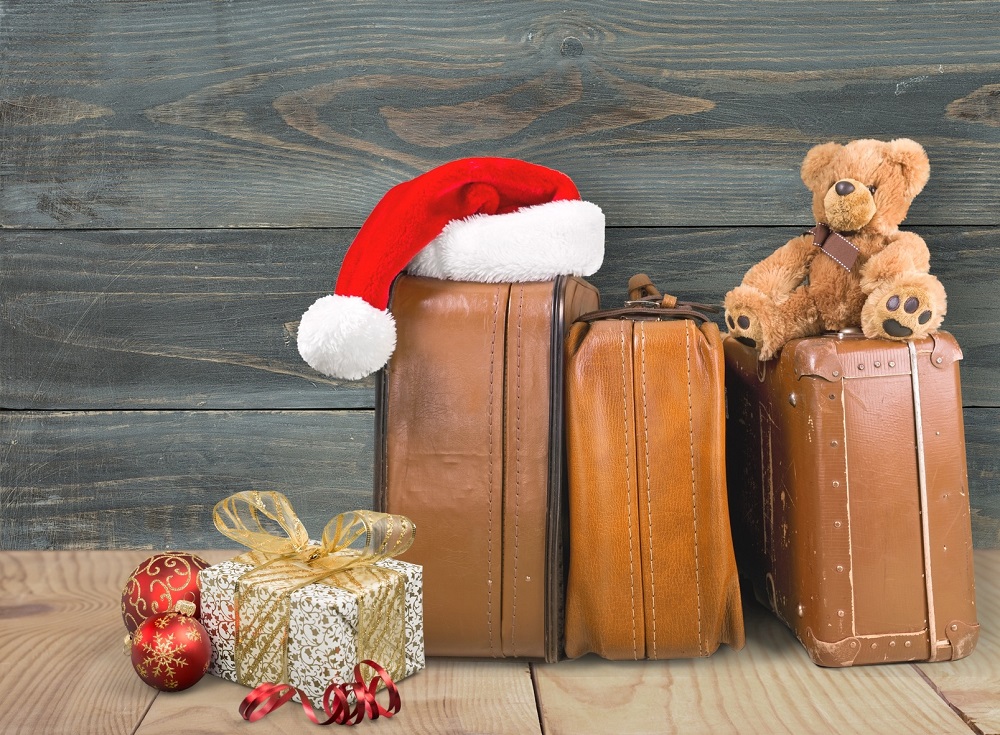 Where to spend Christmas and New Year according to Colombians

Many Colombians wait until the end of the year to take advantage of their vacation period to travel as a family, others prefer to travel alone but most of them look for a special place to spend Christmas and New Year. We collect the trends of millions of searches every month and we took on the task of analyzing the most wanted countries by Colombians in these dates, as well as a summary of the most sought-after destinations in 2018. 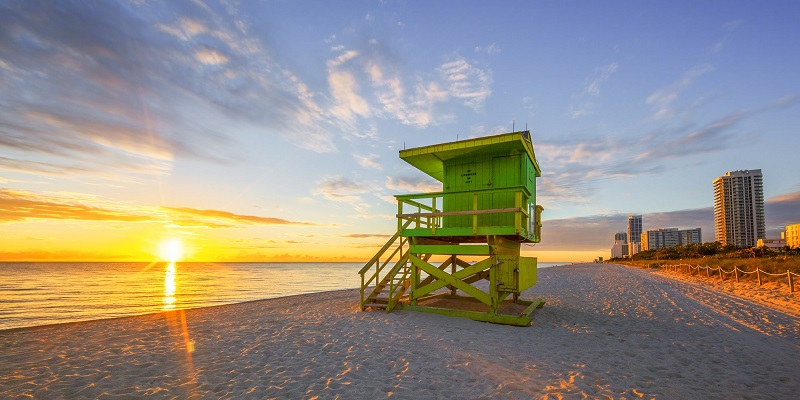 Miami is basically one of the preferred destinations to spend the holidays for a couple of reasons: the prices of flights fall abruptly, in addition to Miami is one of the largest colonies of Colombians in the United States.

Colombians also prefer Miami because it is a perfect destination to shop and share gifts with families. See this guide on shopping in Miami.

Madrid is the first destination in Europe where Colombians most seek tickets at Christmas time. Apart from the colonies of Colombians in Spain. This destination is on the list of preferred by its attractiveness during the dates. Madrid and Barcelona adorn themselves in winter to welcome tourists from all over the world, with their decorated streets and all their tourist attractions prepared for the festivities. You also choose 10 budget options for the new year’s holidays.

Since the majority of the population in Colombia is concentrated in its capital, the intensity, and frequency of flights to and from Bogota increase dramatically. Bogota is also the perfect destination to spend Christmas. It’s cozy cold accompanied by the beautiful lights that decorate the entire city, make it the perfect setting. What to do a weekend in Bogota? 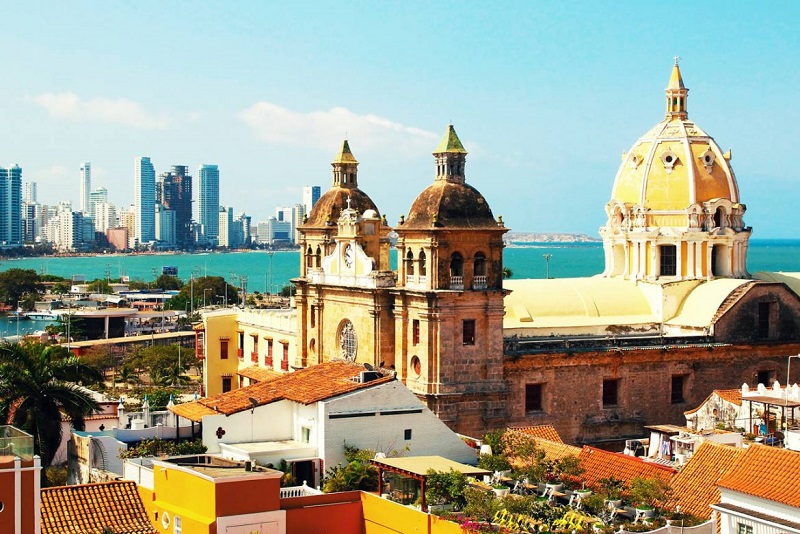 To receive the new year in Colombia, Colombians and foreigners prefer to spend it in the heroic. Cartagena is preparing to receive thousands of tourists who take the hotel capacity of the region. Concerts, parties on the beach, in hotels, water sports and all kinds of events take place in the city to liven up Christmas and New Year. However, due to high air traffic, the prices of flights in December tend to rise a bit compared to the average price of the year.

Medellin is also one of the most sought-after destinations in the December time by Colombians, basically because every year Medellin is prepared with an enviable light show. The entire city is filled with bulbs and Christmas decorations that light on December 7 and receives thousands of tourists who appreciate the lighting of the river, the beach avenue and the various central parks of their towns and surrounding cities. 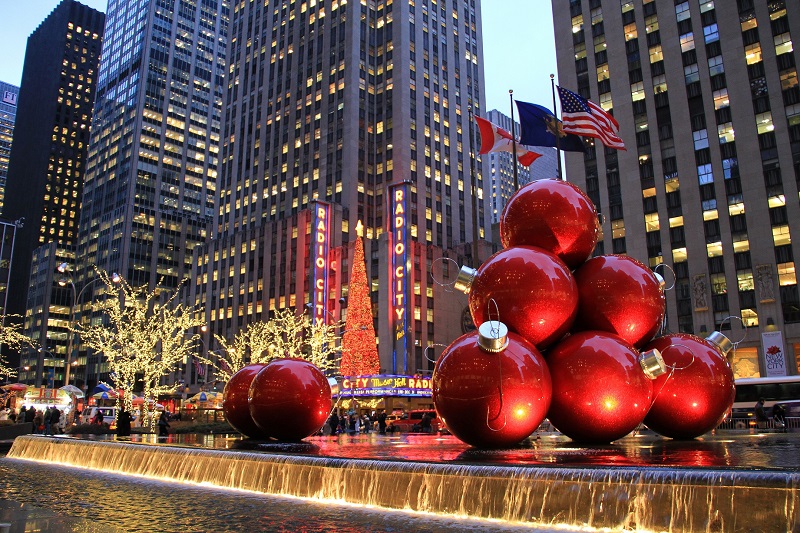 Christmas in New York is celebrated primarily at the Rockefeller Center, where every year there is a gigantic Christmas tree. It lights up one day after Thanksgiving, and the moment the lights are turned on is covered by TV channels and is broadcast throughout the country. Colombians prefer this destination to enjoy Christmas with snow in cozy New York.

San Andres is not only preferred in December by Colombians but by foreigners arriving from all over the world, this island is a couple of hours away from the continent and is literally recognized as the “sea of ​​7 colors”,

the second destination with beach preferred by Colombians in December is due to the cheapness. And the frequency of its flights as well as its beautiful landscape and quiet beaches. 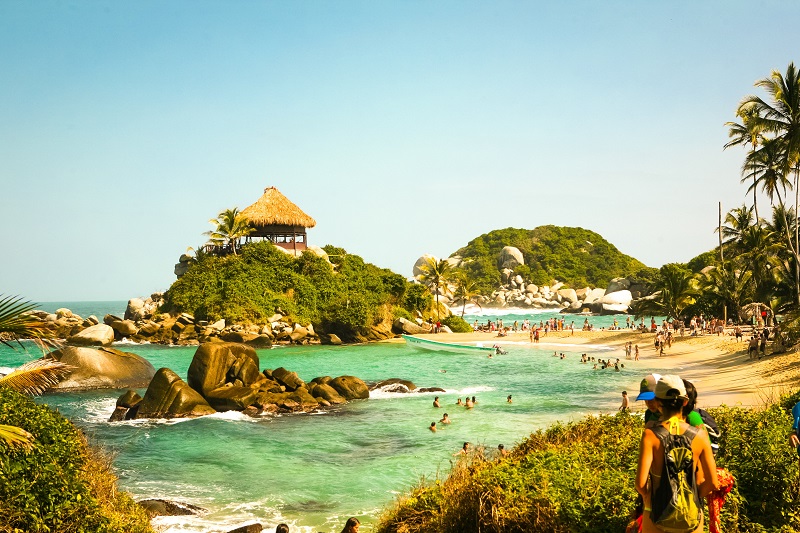 For many years it has attracted tourists of all kinds, not only for the beauty of its colonial architecture. But for being a starting point to get to know one of the natural wonders of the country such as Tayrona Park. Many Colombians venture to spend these holidays with the tranquility of the sea with the most basic in the Tayrona.

Many Colombians prefer the Argentine capital during these times due to the low prices recorded in December flights. But not only that, Buenos Aires is the capital of international gastronomy in Latin America. And many take this as an excuse. Spending Christmas or New Year in a hotel in Buenos Aires. Enjoying the best dishes at very reasonable prices is an option for many.

Mexico is among the most wanted destinations among Colombians in December due to its recent visa removal. Which drastically increased the flow of Colombians and decreased the price of flights. Colombians prefer Cancun and Mexico City to spend their festivities. The change also attracts a lot to Colombians since the Colombian peso. During the last years has taken force with respect to the Mexican peso.

You may also like Cleaning up after the office Christmas party